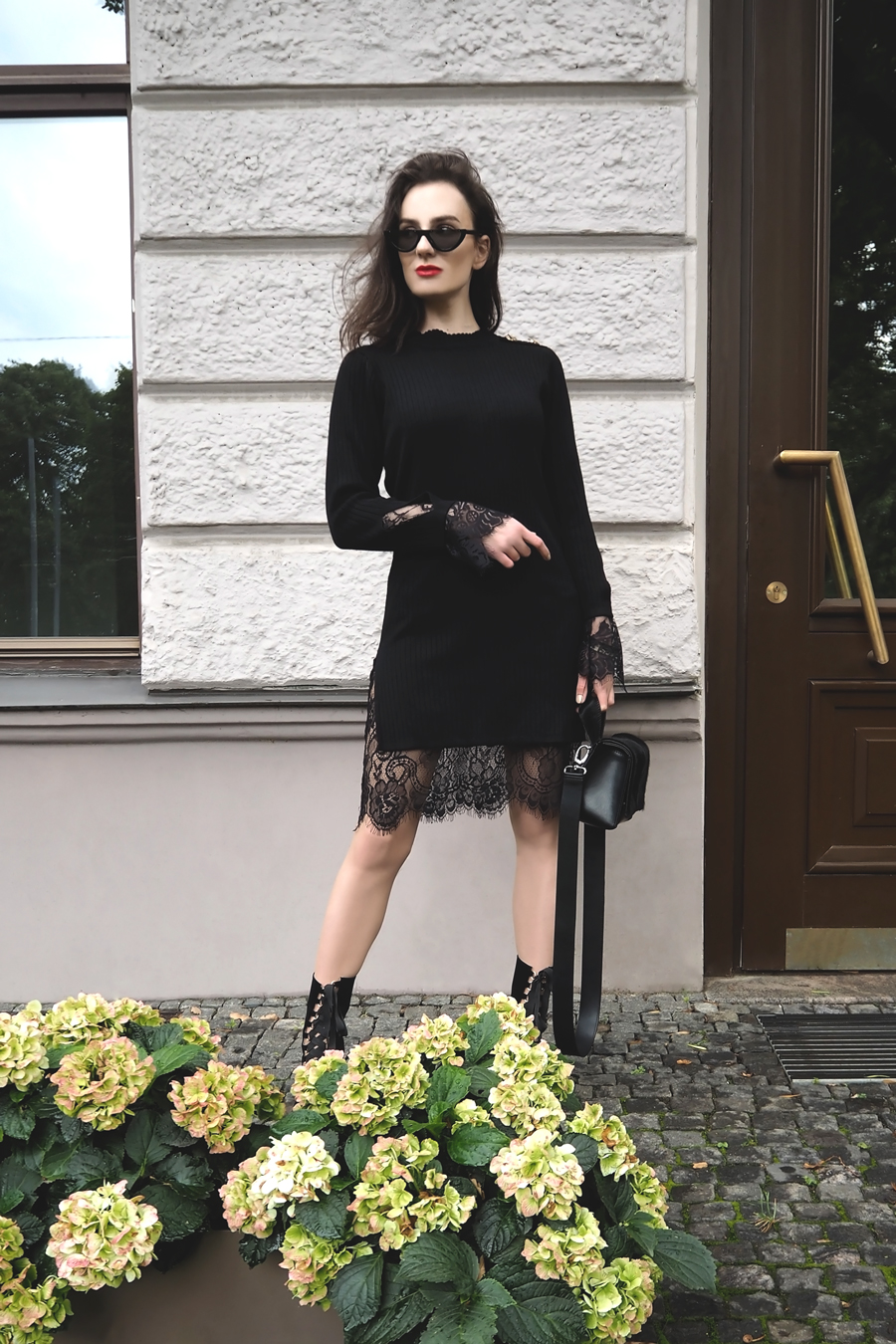 Black color never lies.
Now got to say today’s story actually speaks of those black widow vibes more than the one, right the Black Widow, from late May. Is it me or the denim involving look just doesn’t fit this concept that much? No. No, no. There’s still something. Some bits, you know. I adore stories, or outfits or looks or whatever one would name it, that fall into the same concept. Right, like both black widow ones. It’s like 4 months of life that lies between the two, but one can clearly see changes and different… sort of… approach… thing. 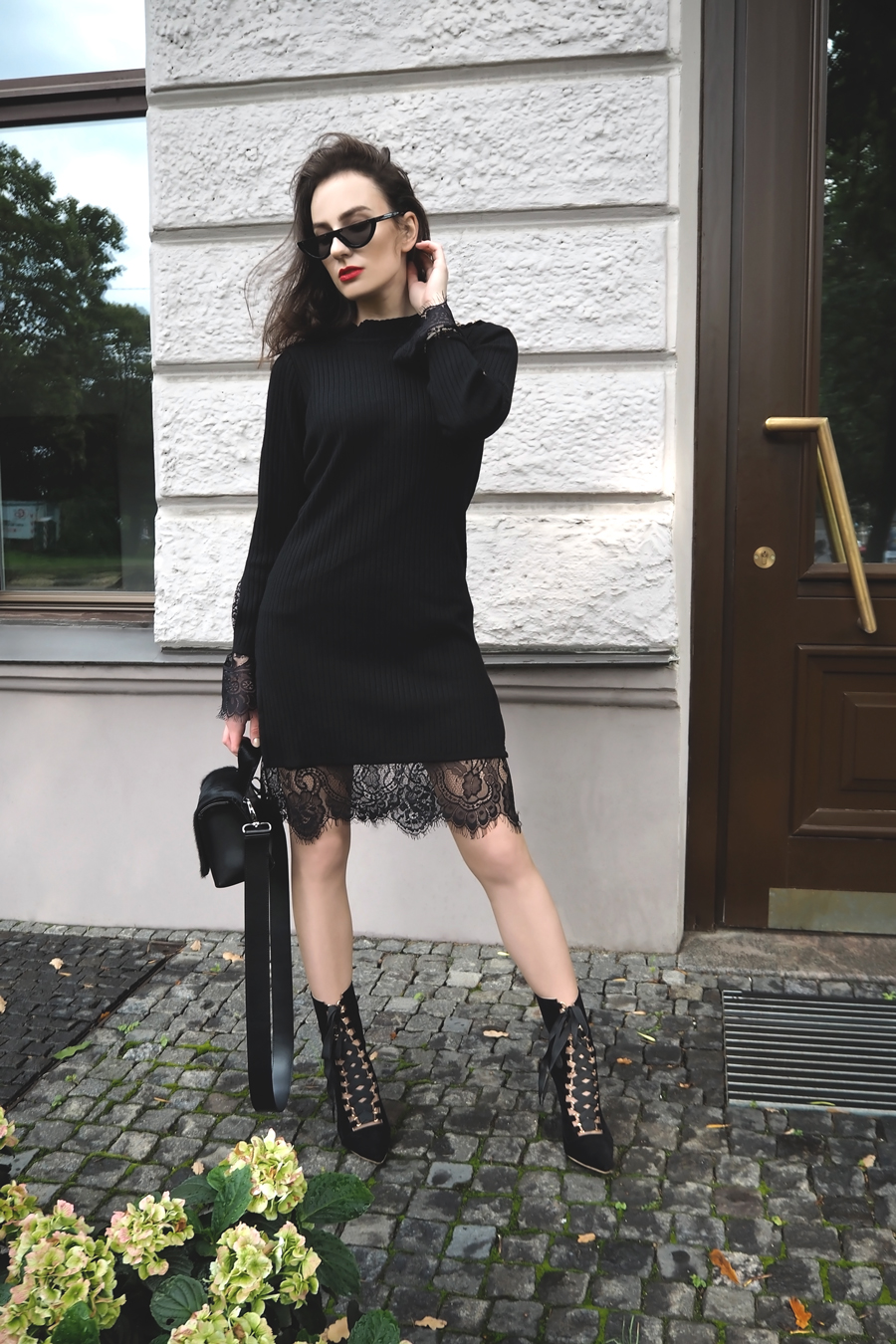 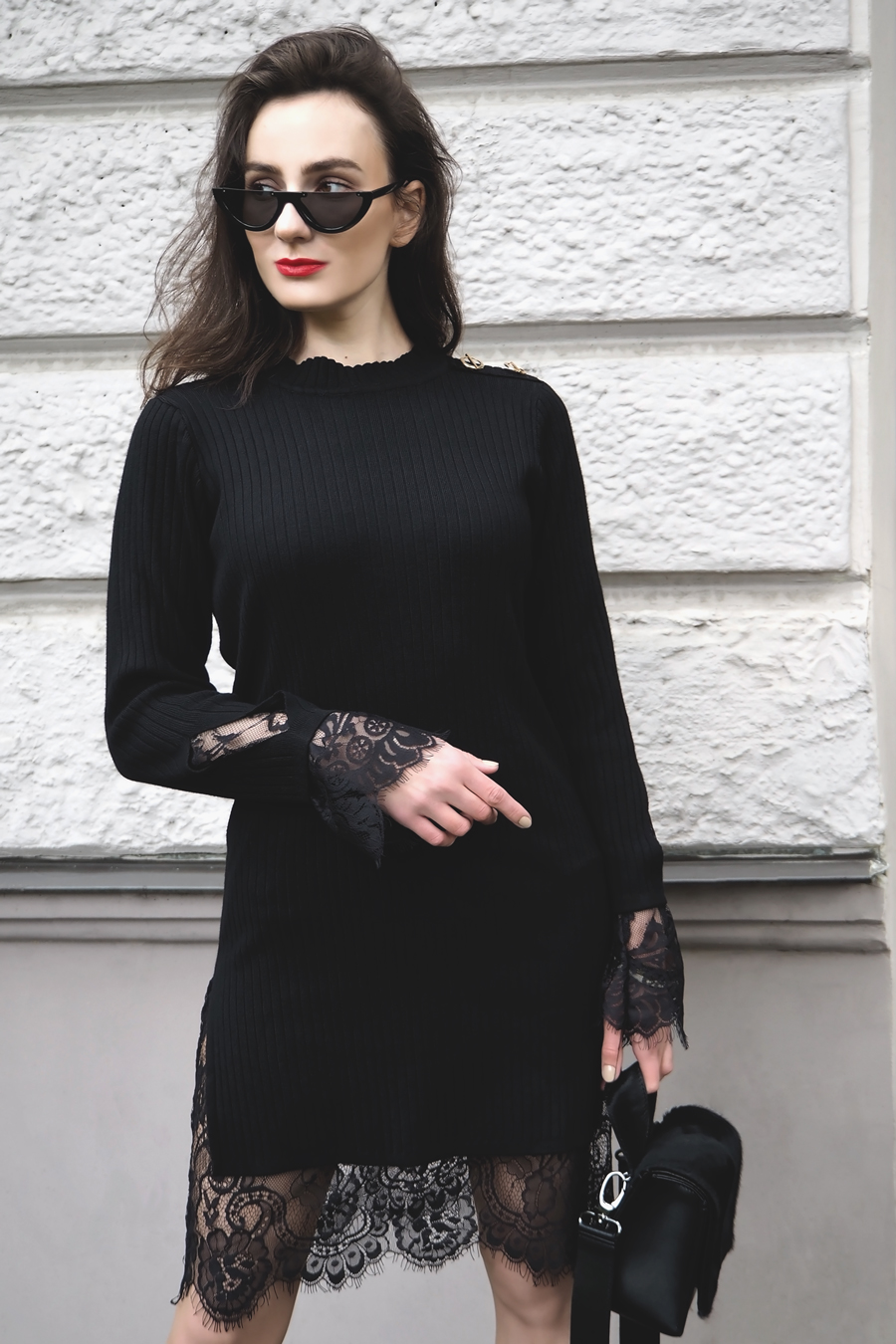 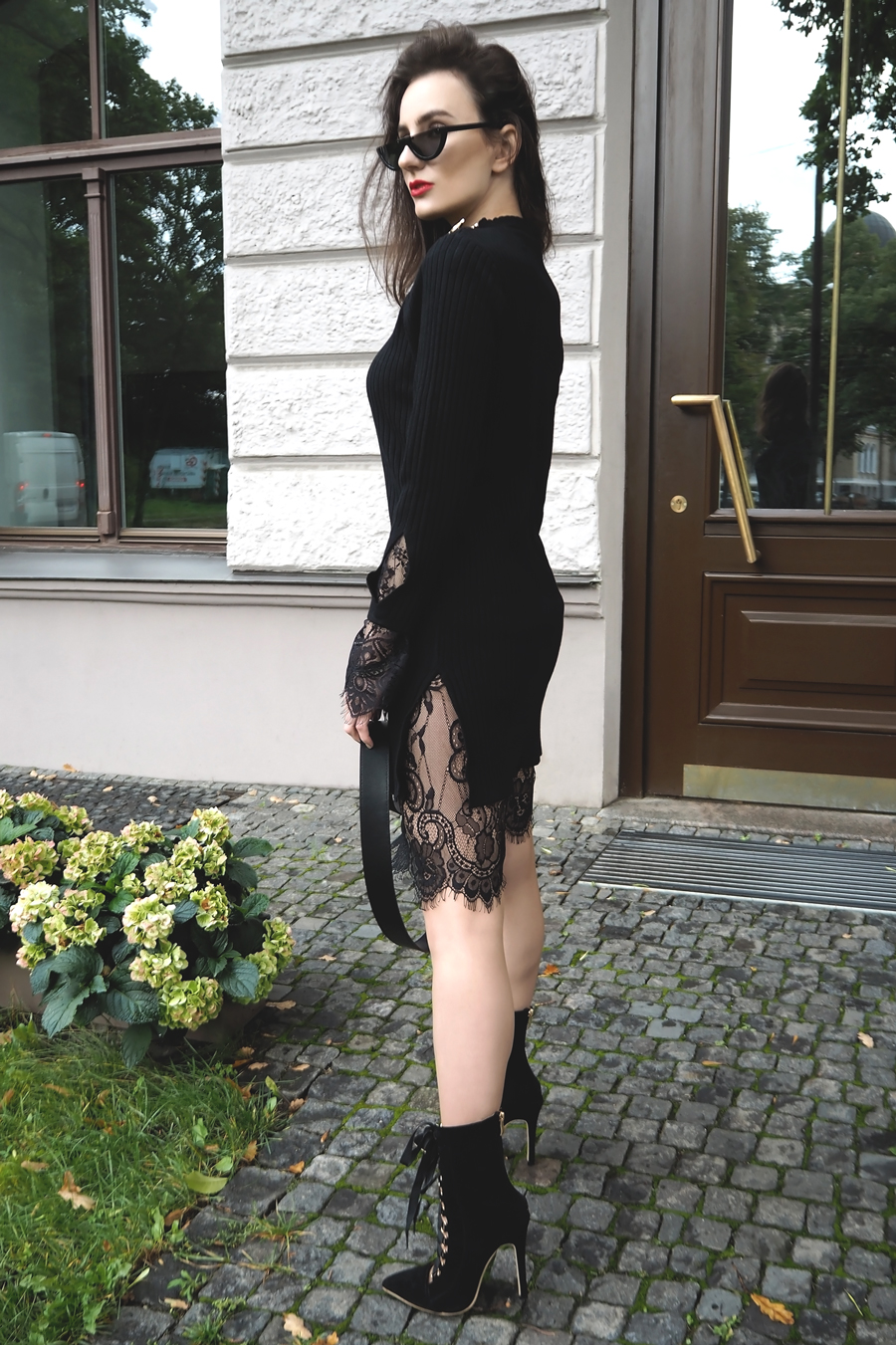 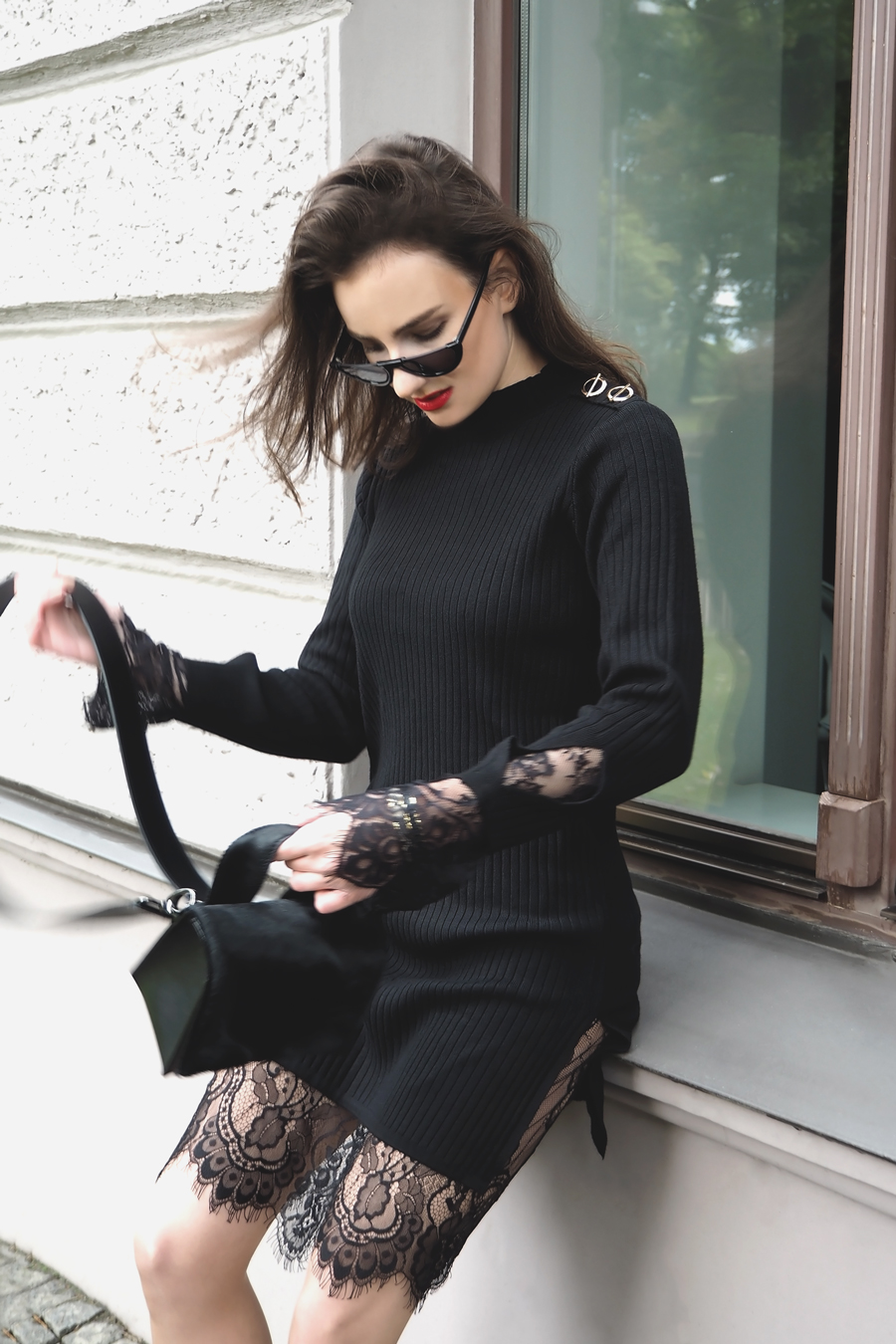 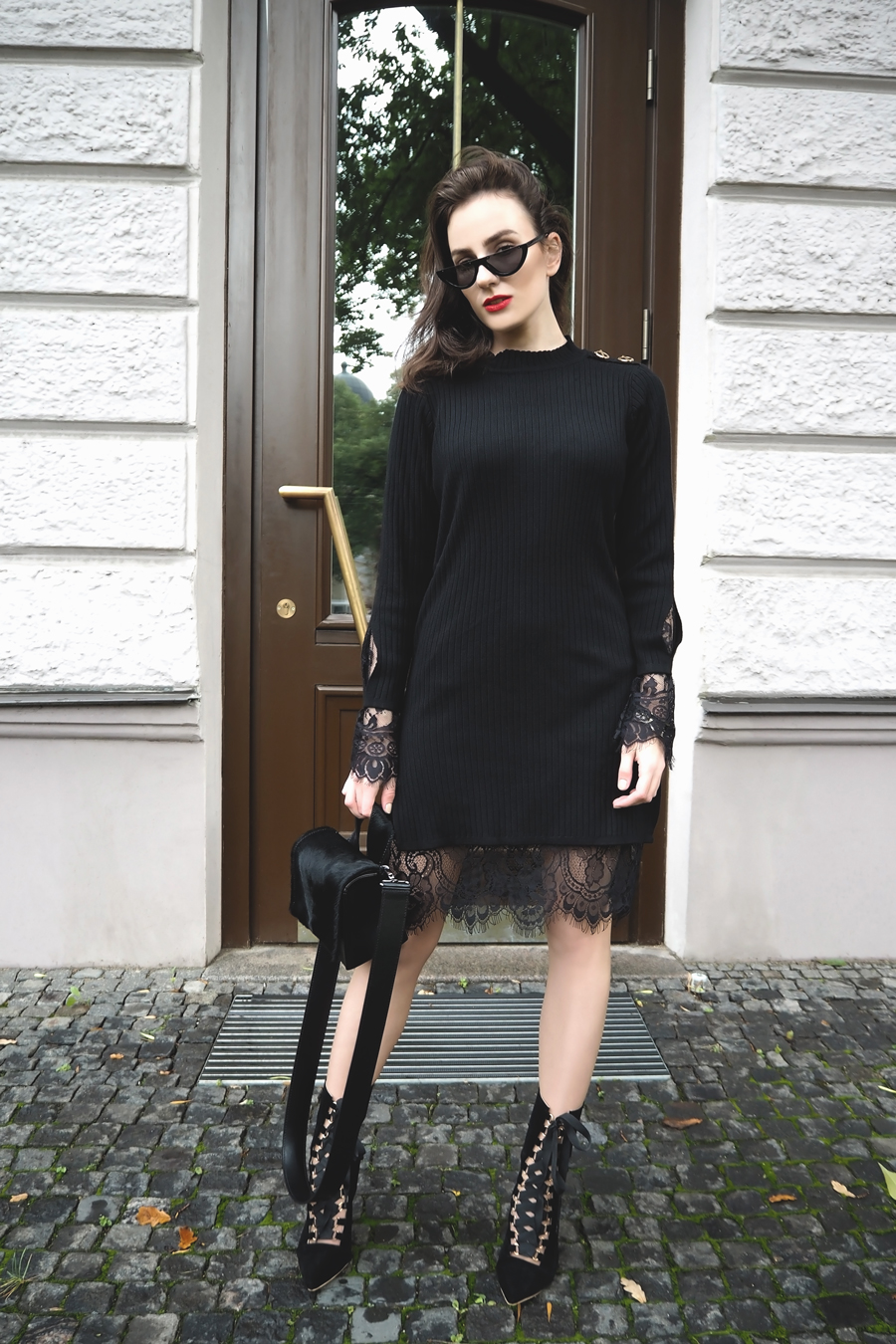 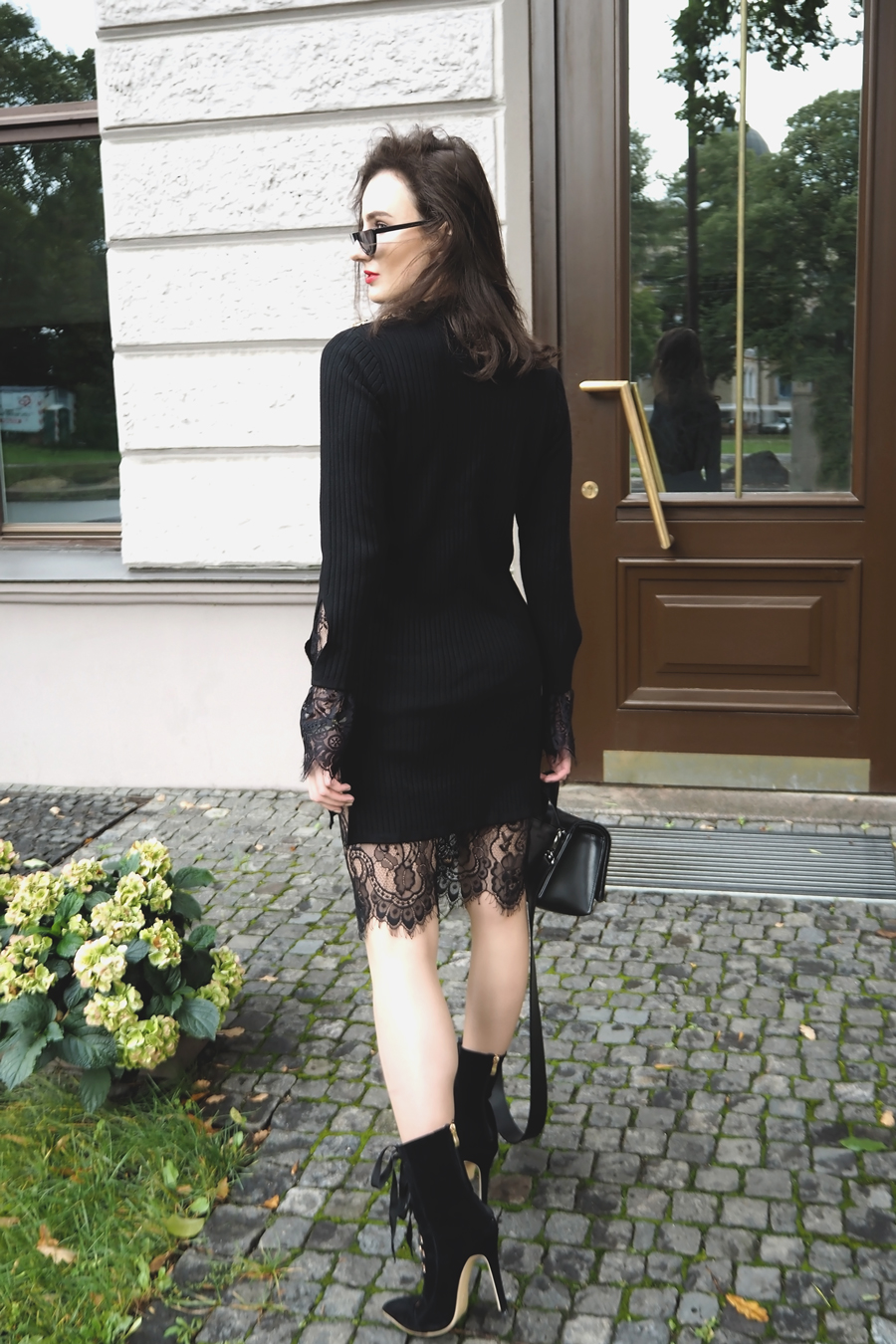 Today’s version is way more edgy, spike-y, strong and… mature… For some reason the mature kind of thing provoked contradictory set of feelings in me. And, in fact, I can’t really define what this contradiction is really about. Probably because I’m pretty bad at definitions in general, and talking feelings in particular. But, oh well… 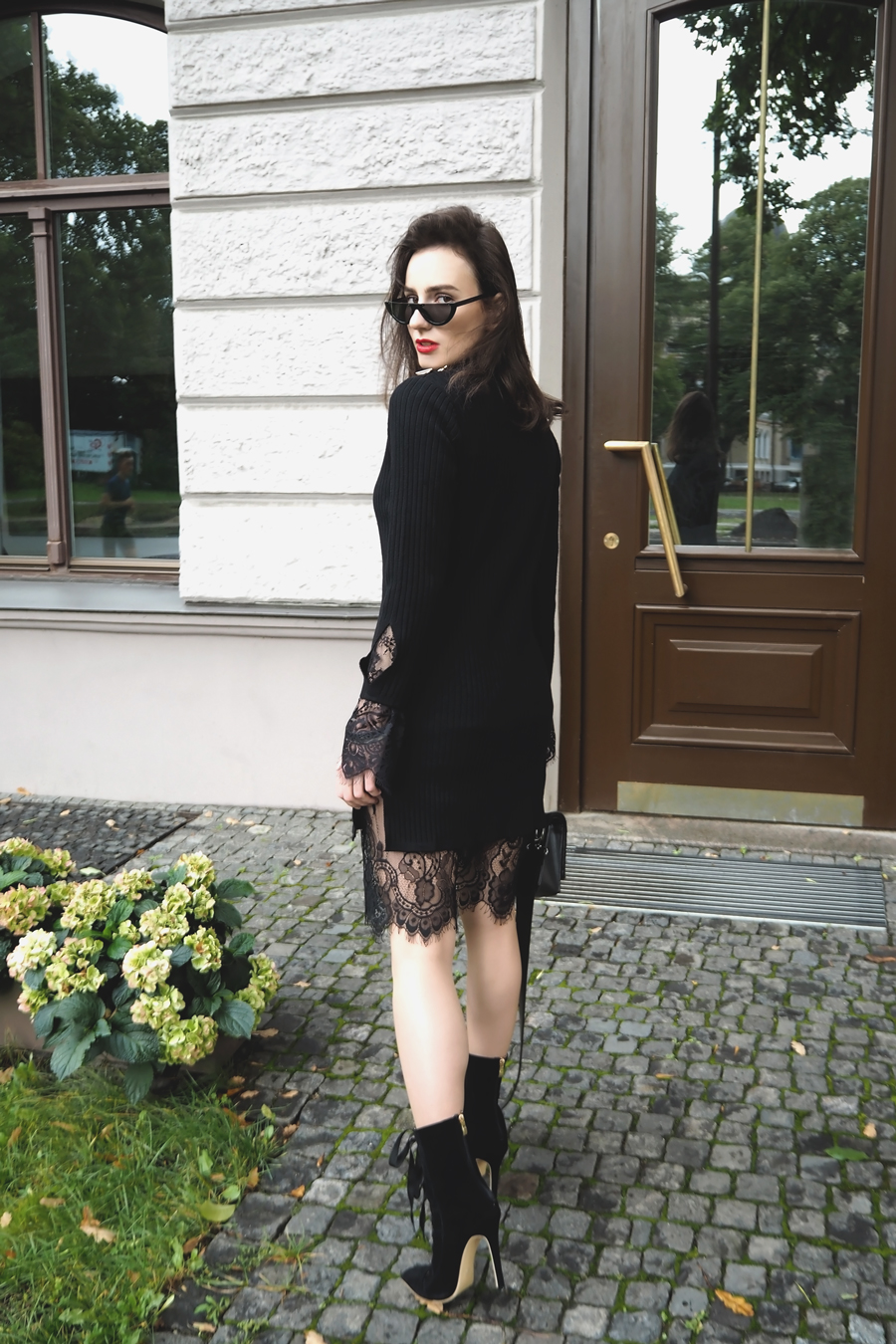 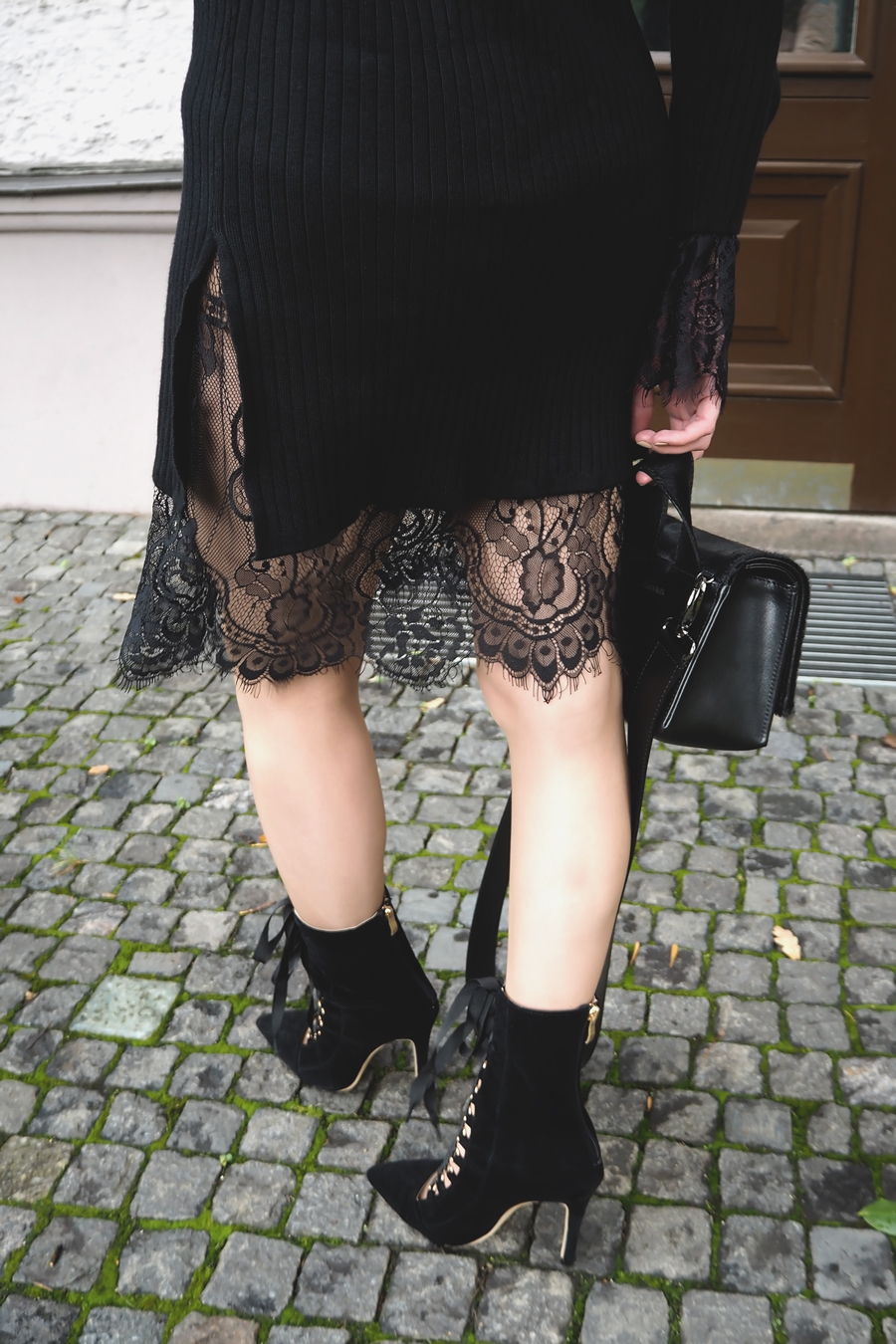 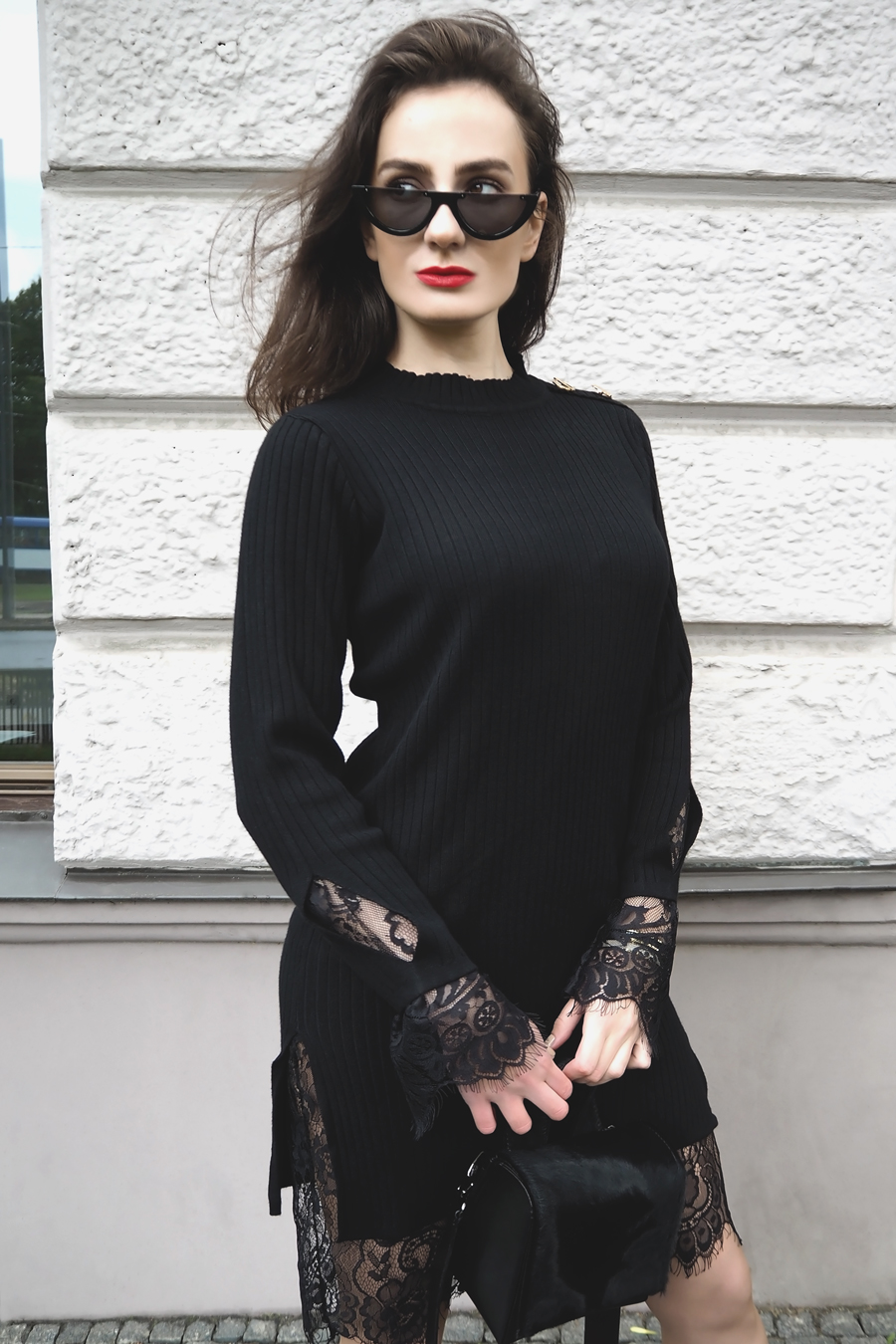 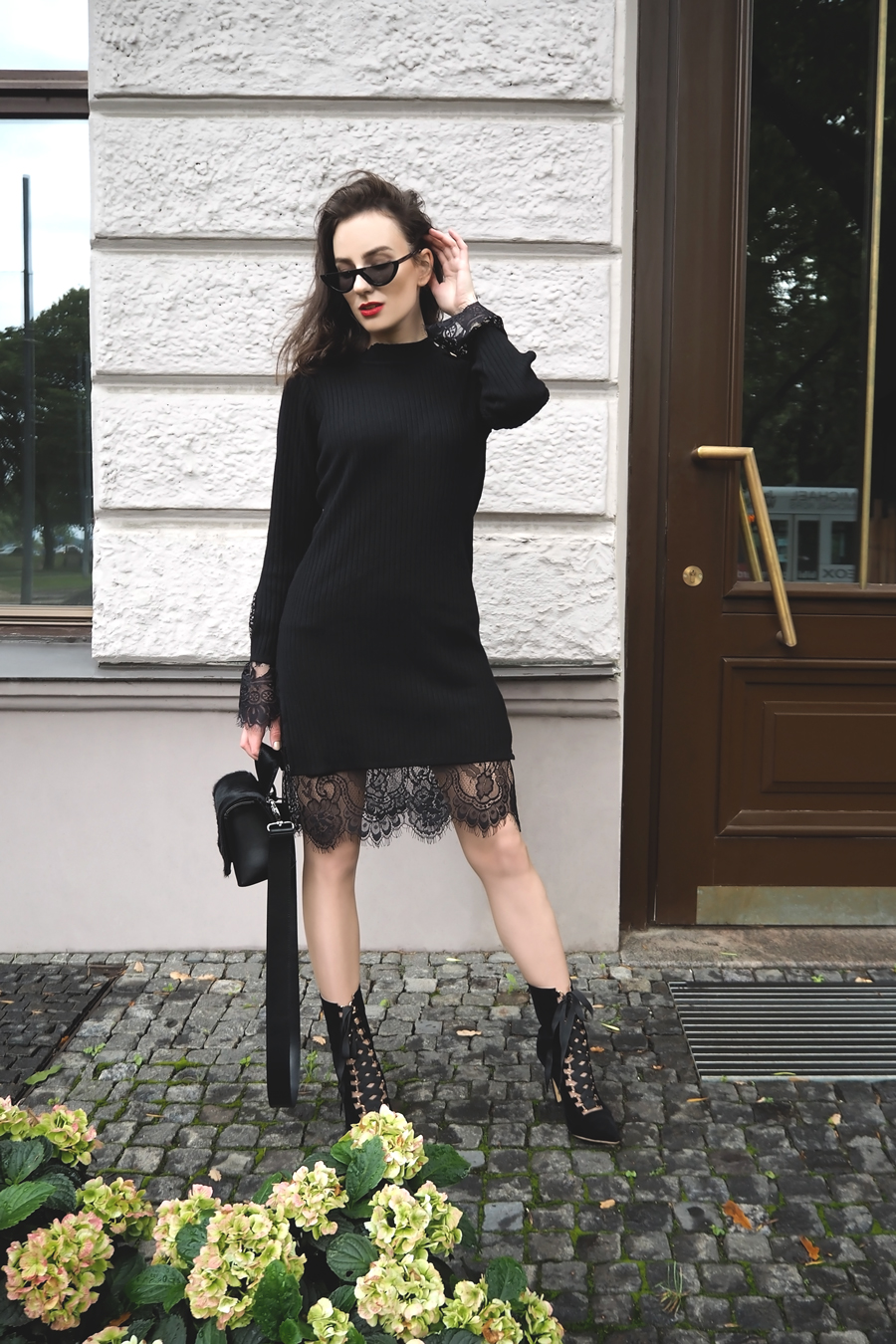 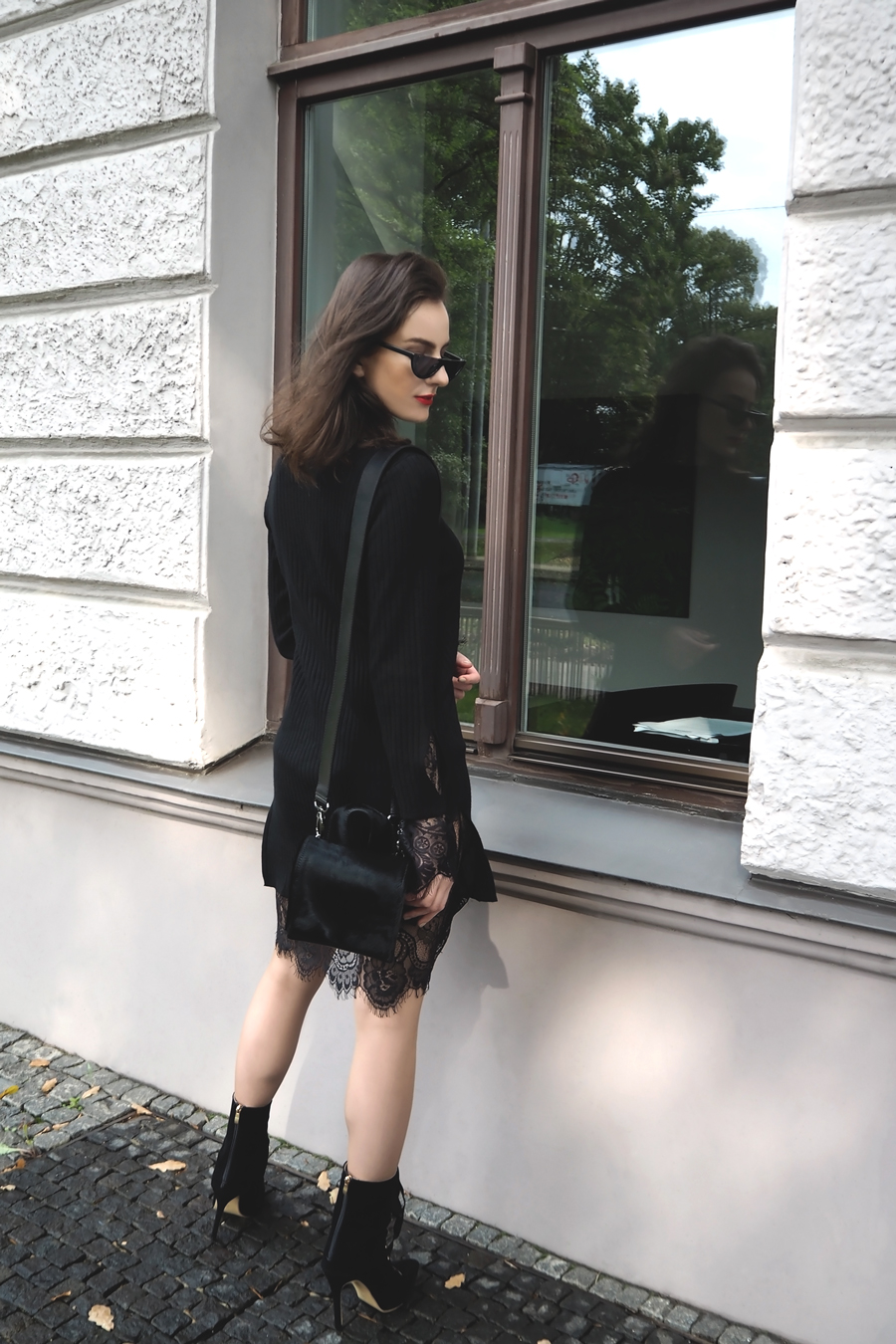 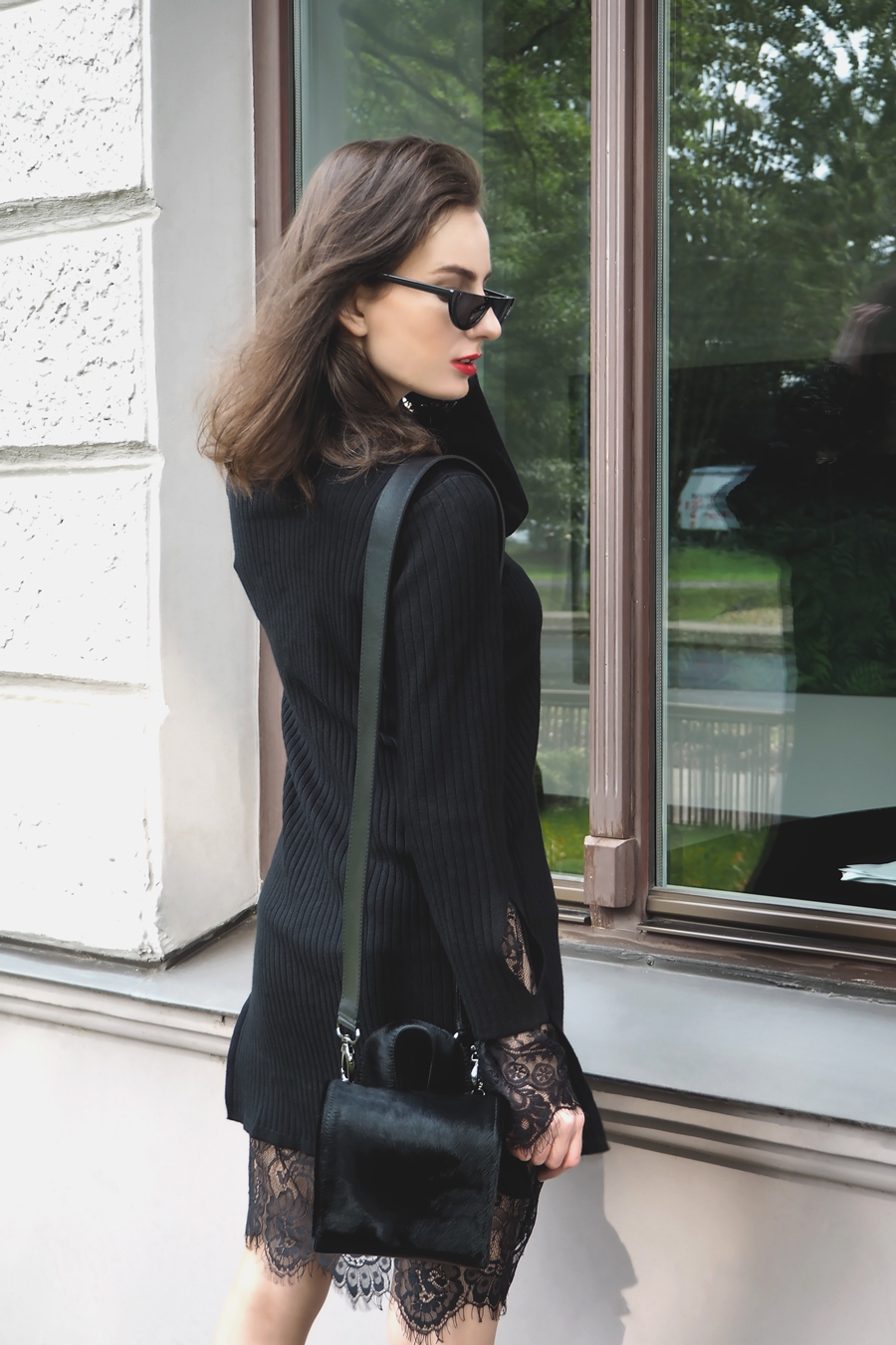 What about the outfit of the day? Besides it joining the black widow kind of gallery. I initially planned it to be one of my early autumn combinations. It’s that perfect time when one can yet rock knitwear dresses without heavy outerwear being involved. Quite short, but still perfect period. And this dress from The Game of Textures story, love it for the combination of fabrics. Love playing around it with different set of black details, and, well, red lips. And the shades…one of my coolest finds lately… 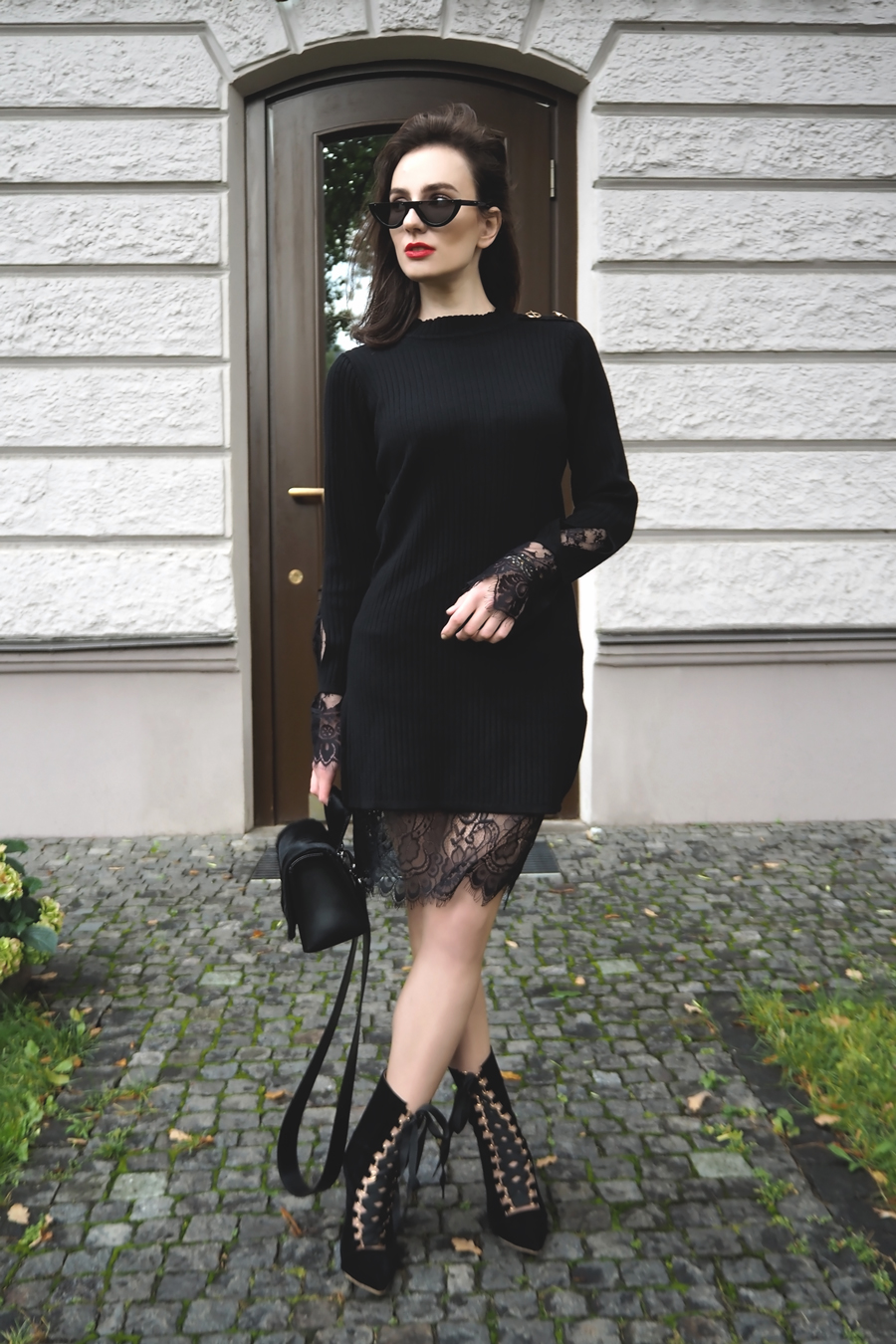