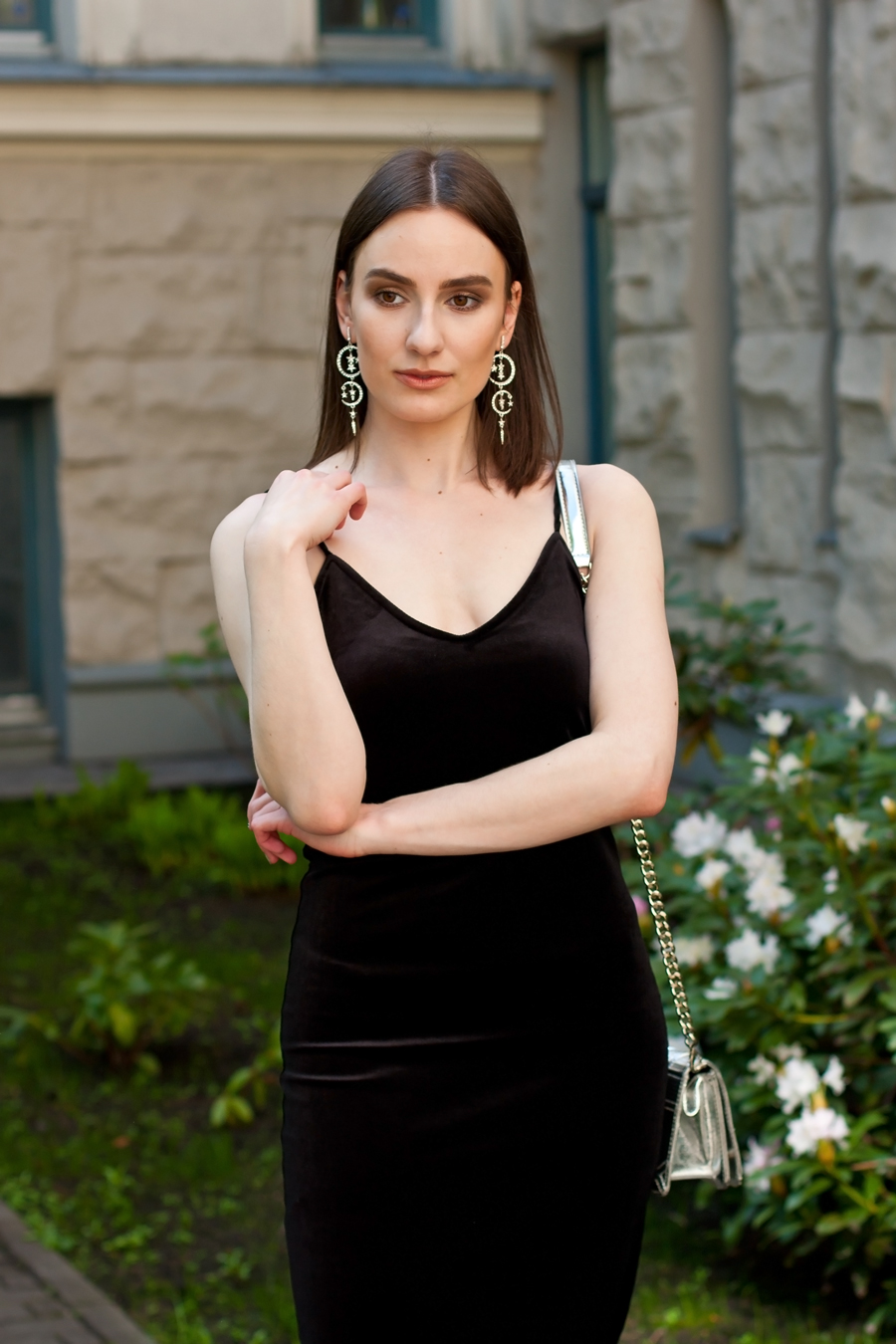 Because midi is always a win-win situation.
Well, well, well. A pretty special outfit to sort of celebrate my ‘quarter of a century’ chapter. The one I would characterize as a moder approach to timeless classics. Such classics as black dress and midi length. Classics that sometimes might be perceived as boring. I know, there were days when I looked at such stuff saying ‘No thank you. I’m good’. Look at me sticking to classics + midi + bodycon formula now. Does this make me sound as an old, super experienced lady? Fine. Can’t anyway beat this desire to primarily stick to stuff that fits me both in visual and inner terms… like this MBD. 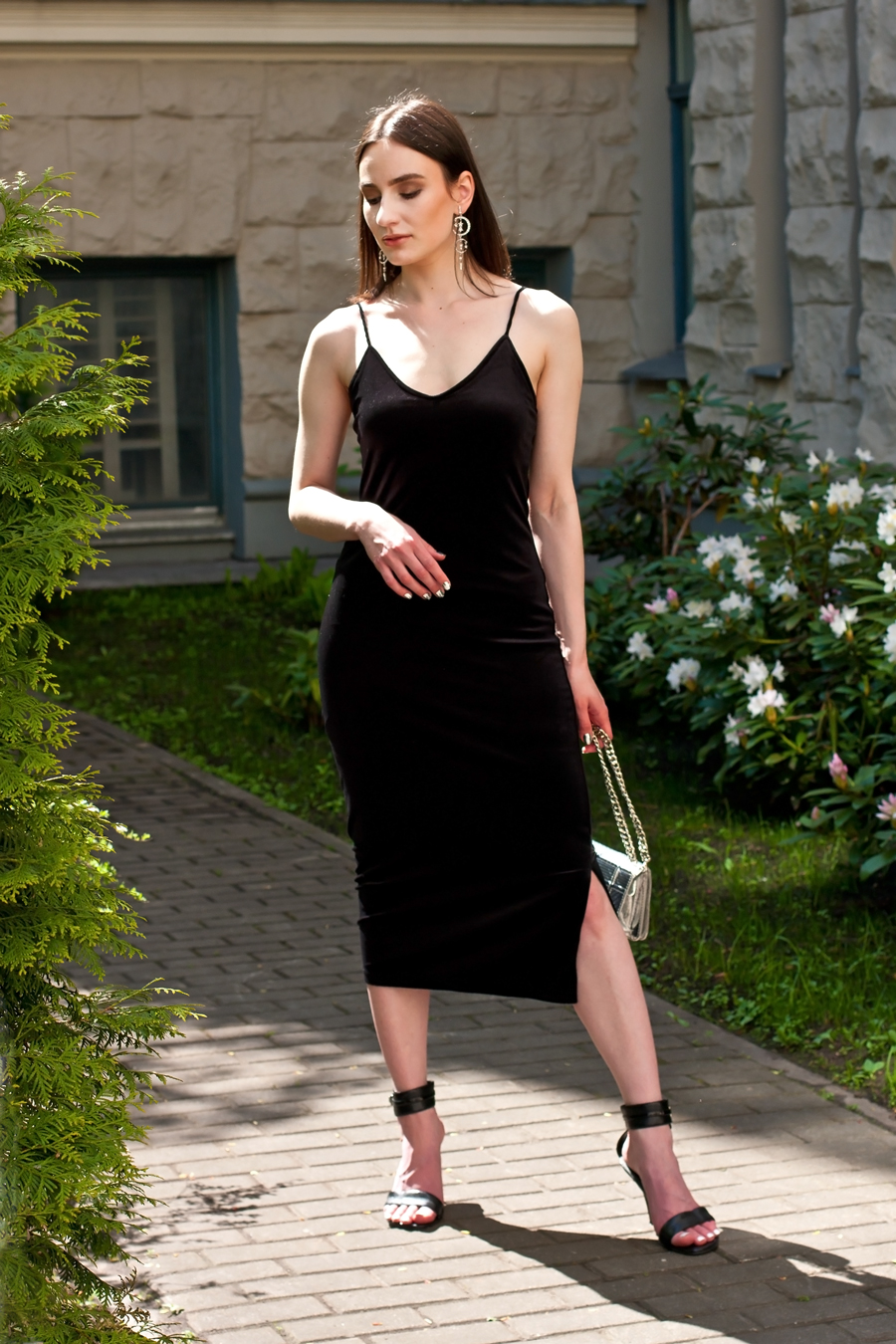 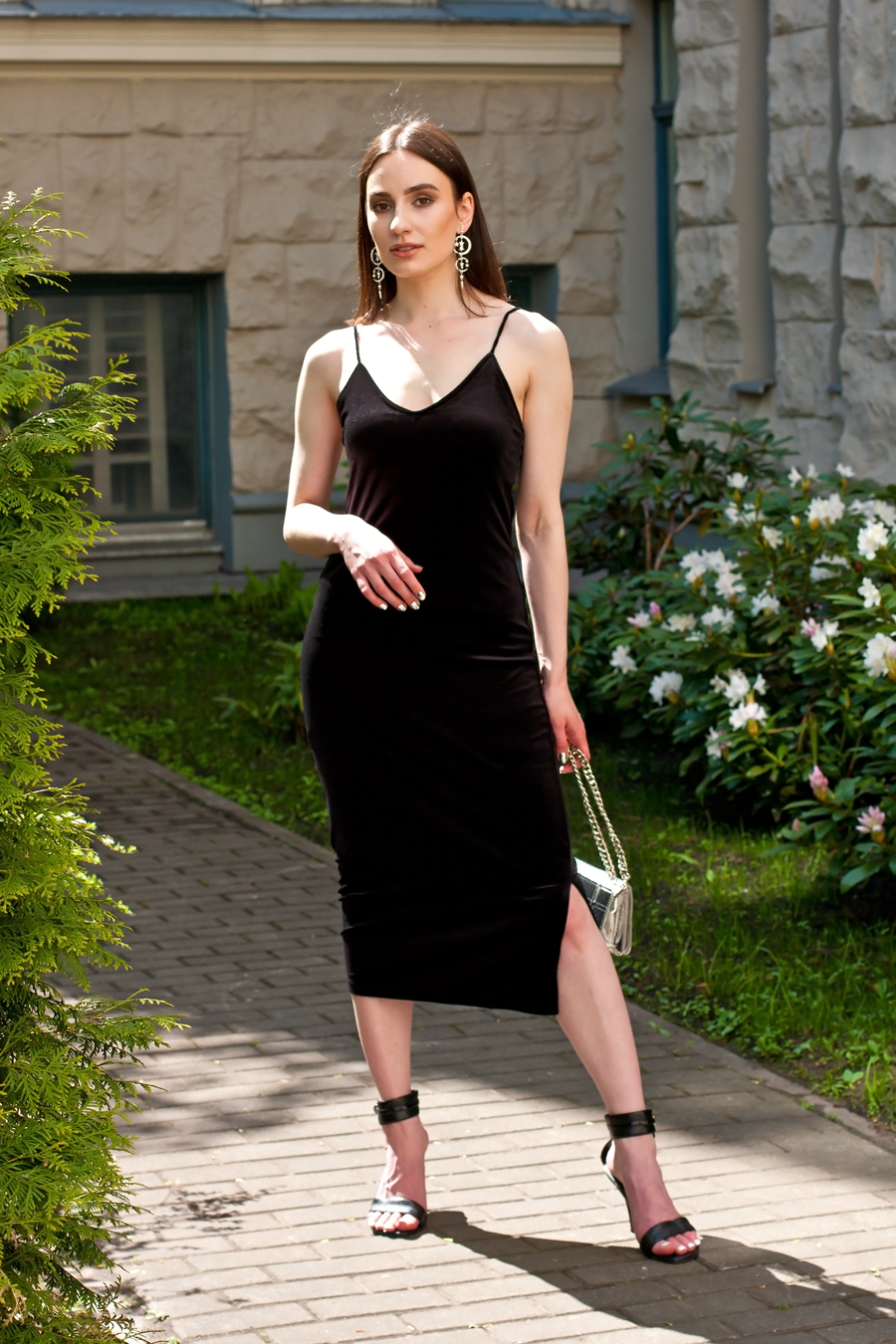 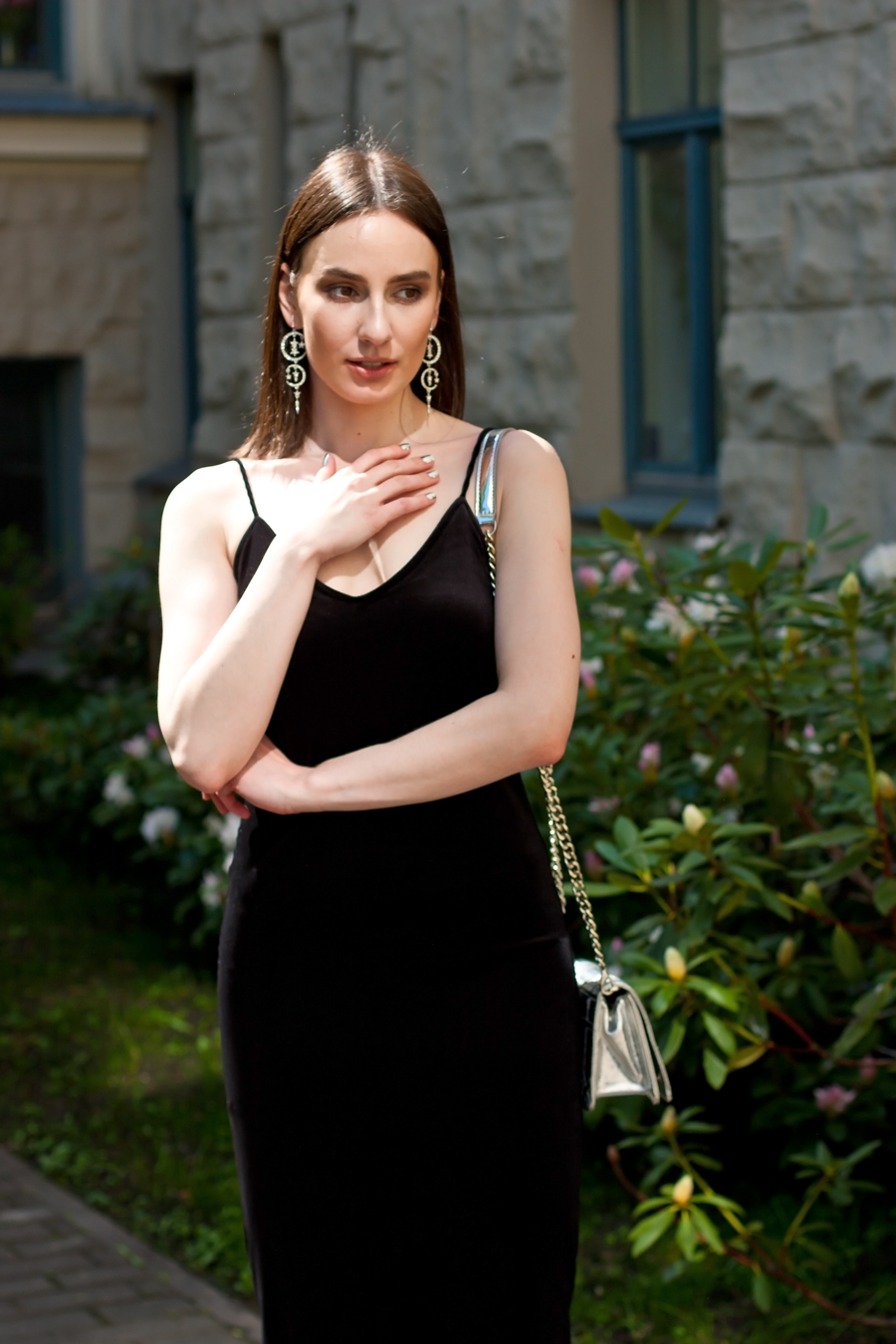 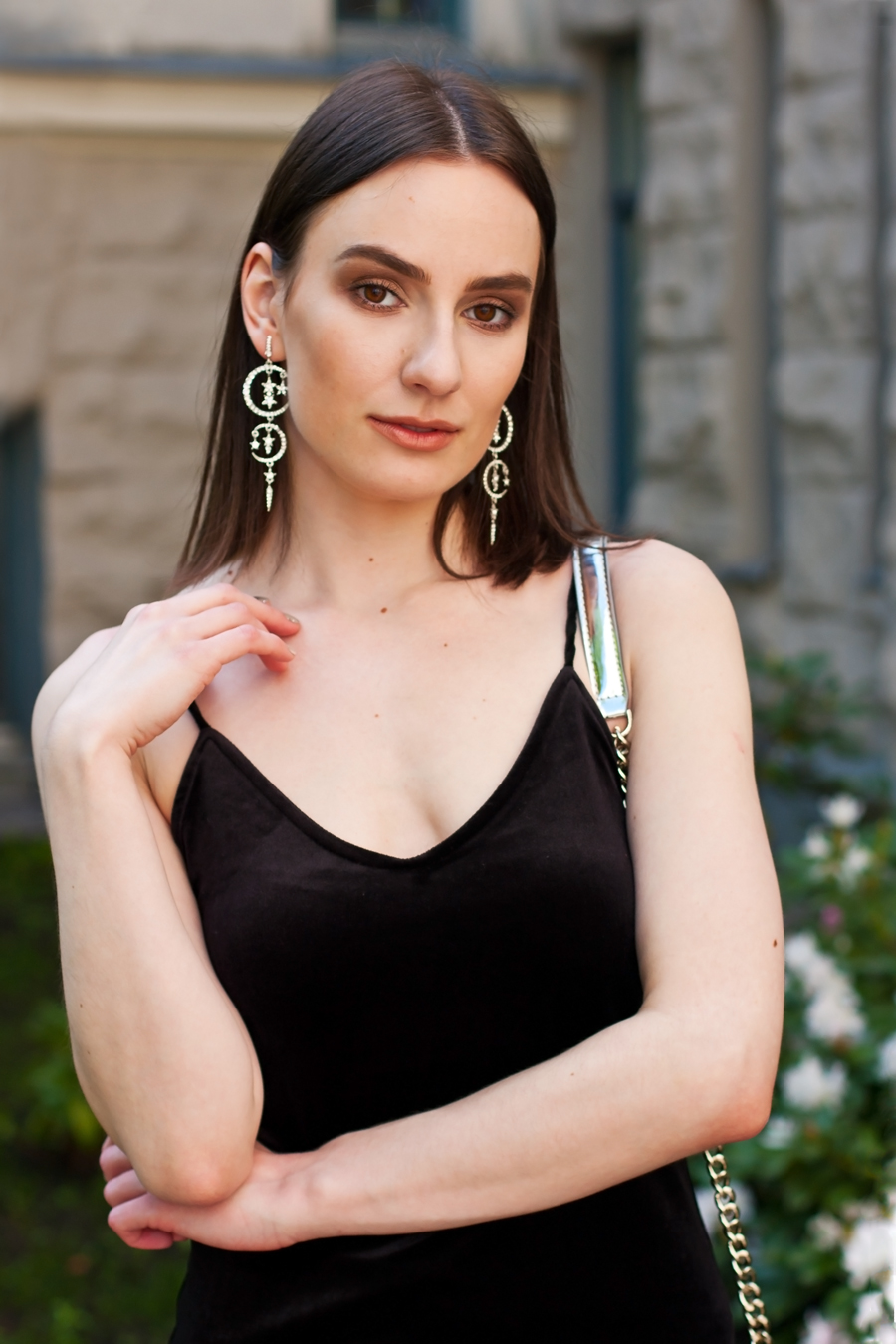 Speaking of MBD that is midi black dress. And yes, I truly believe midi deserves its own abbreviation thing. Despite the fact it might still jump onto that LBD (little black dress) train. Why would I stand for MBD as a separate term? Well, maybe because you just can’t underestimate the power of midi length. Especially when it comes together with bodycon thing. Together it simply adds to that visual side, as it’s not just about creating a cute body line, but also about not making you look vulgar (here mini happen to fail at times). So, right, power to MBD. 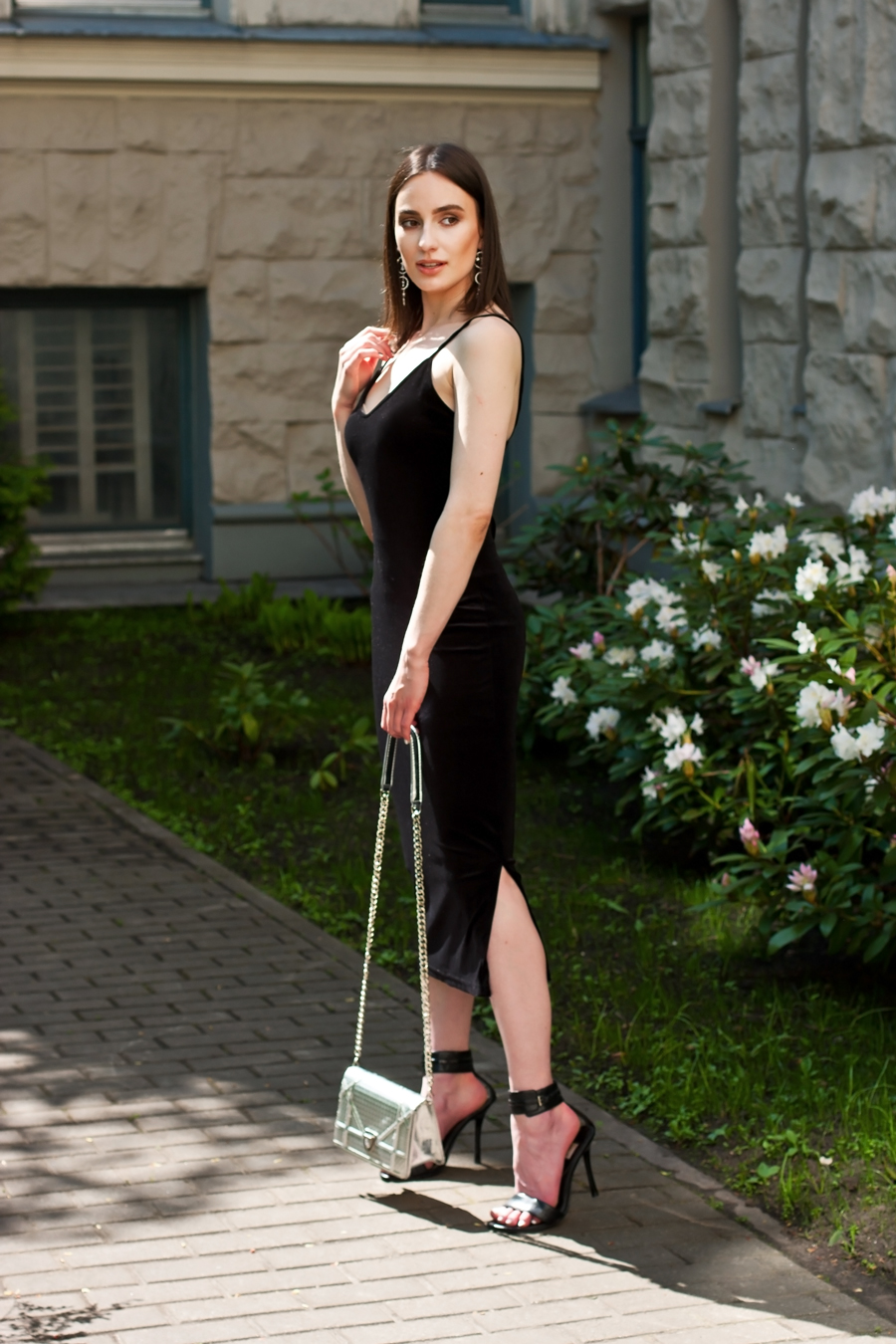 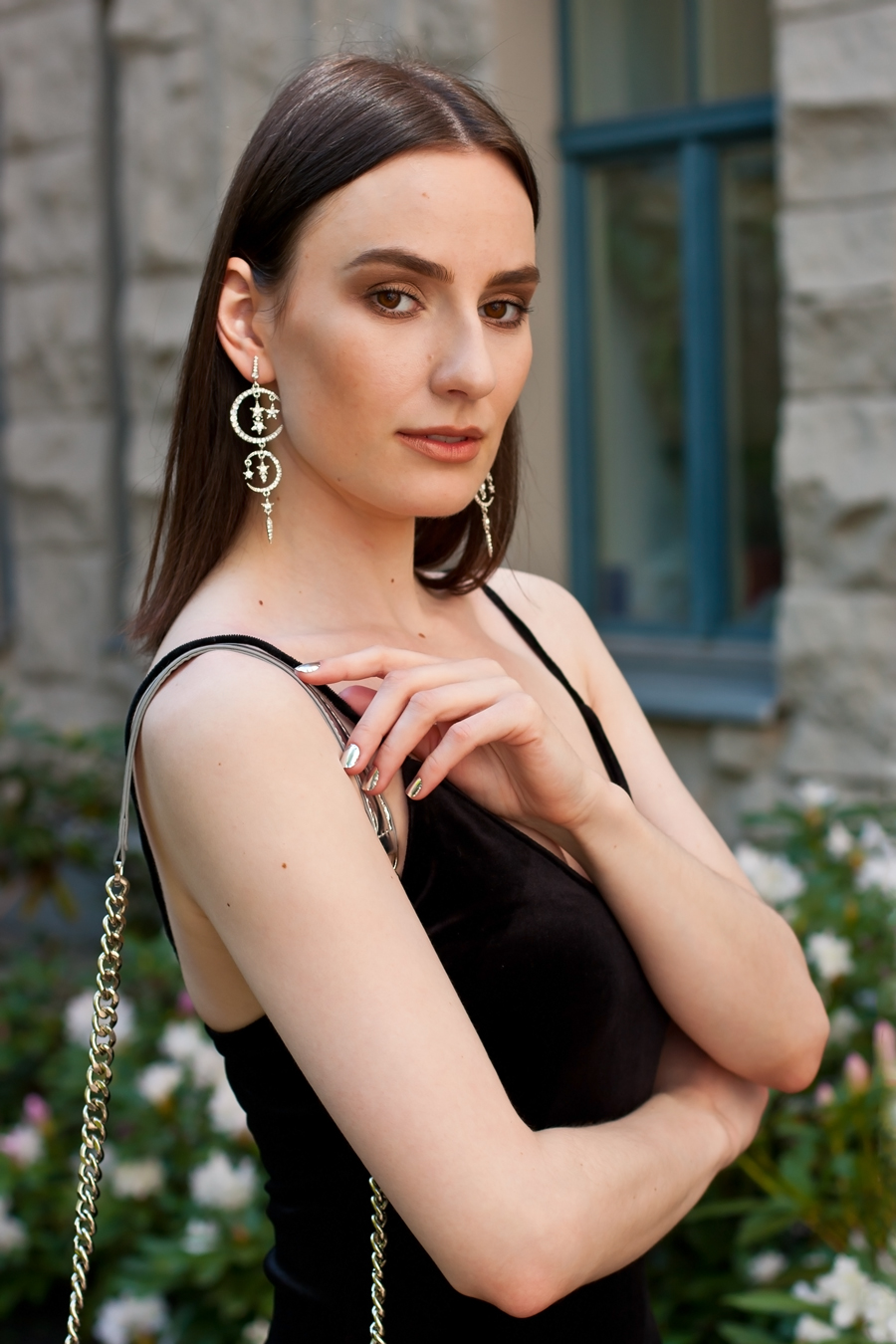 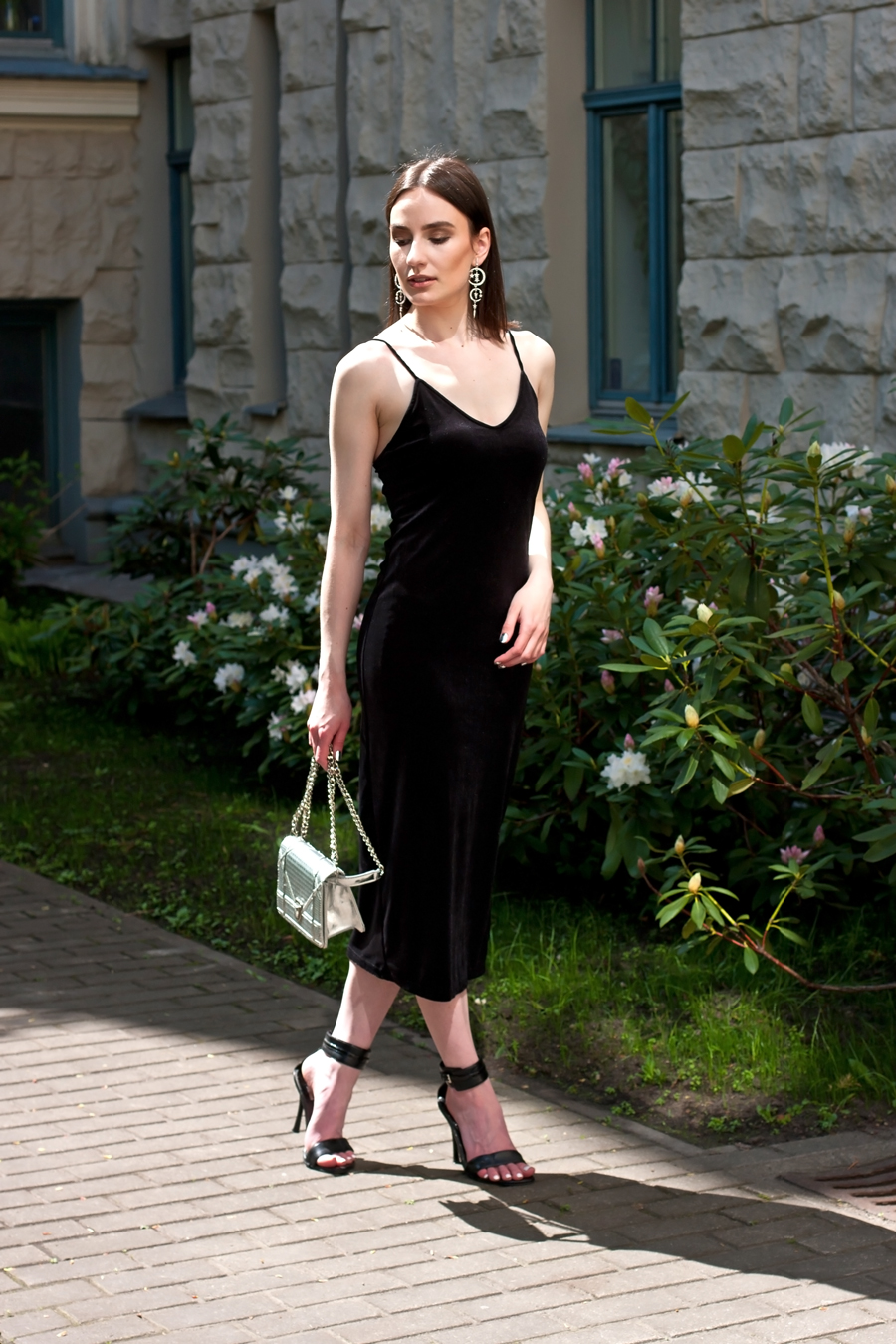 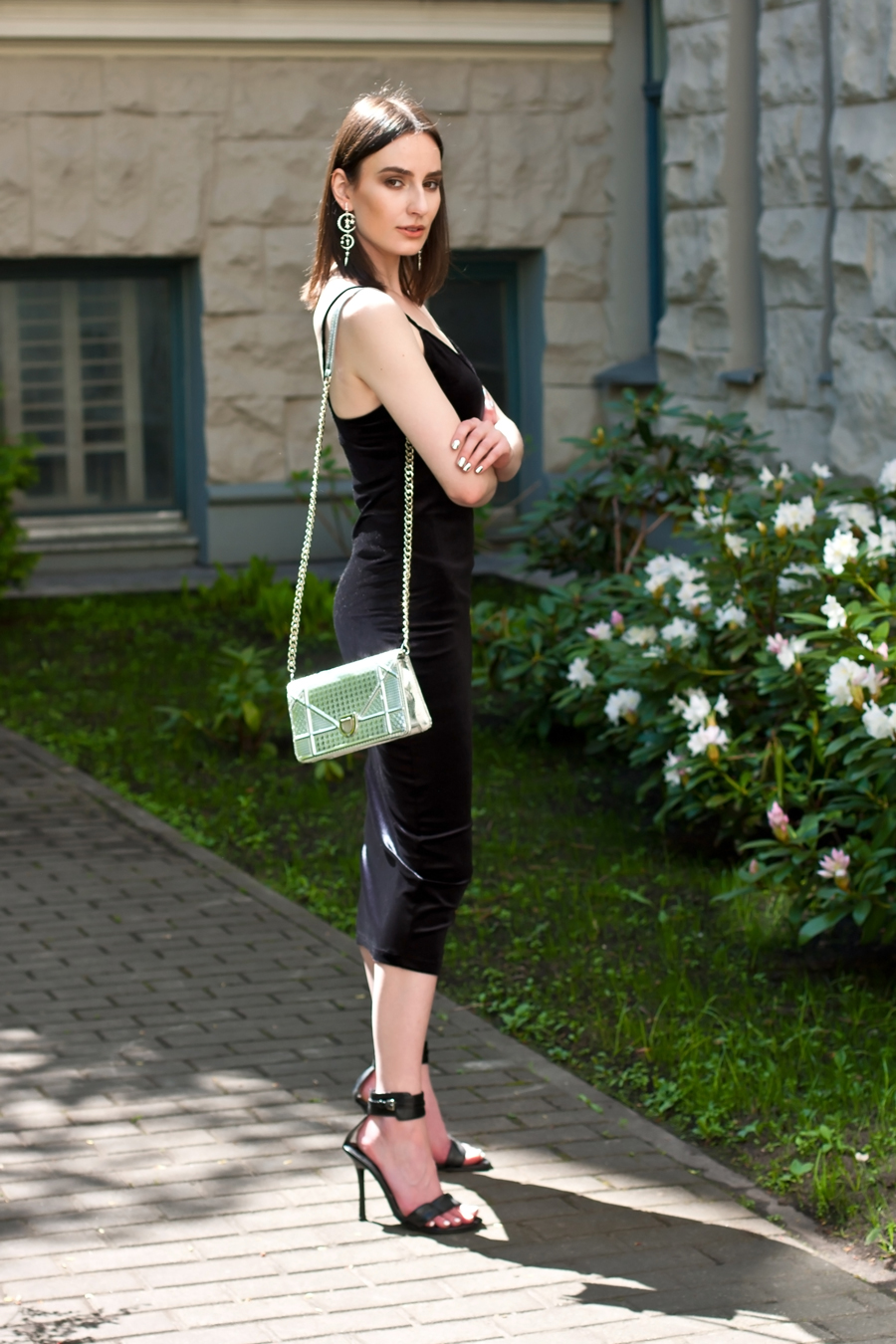 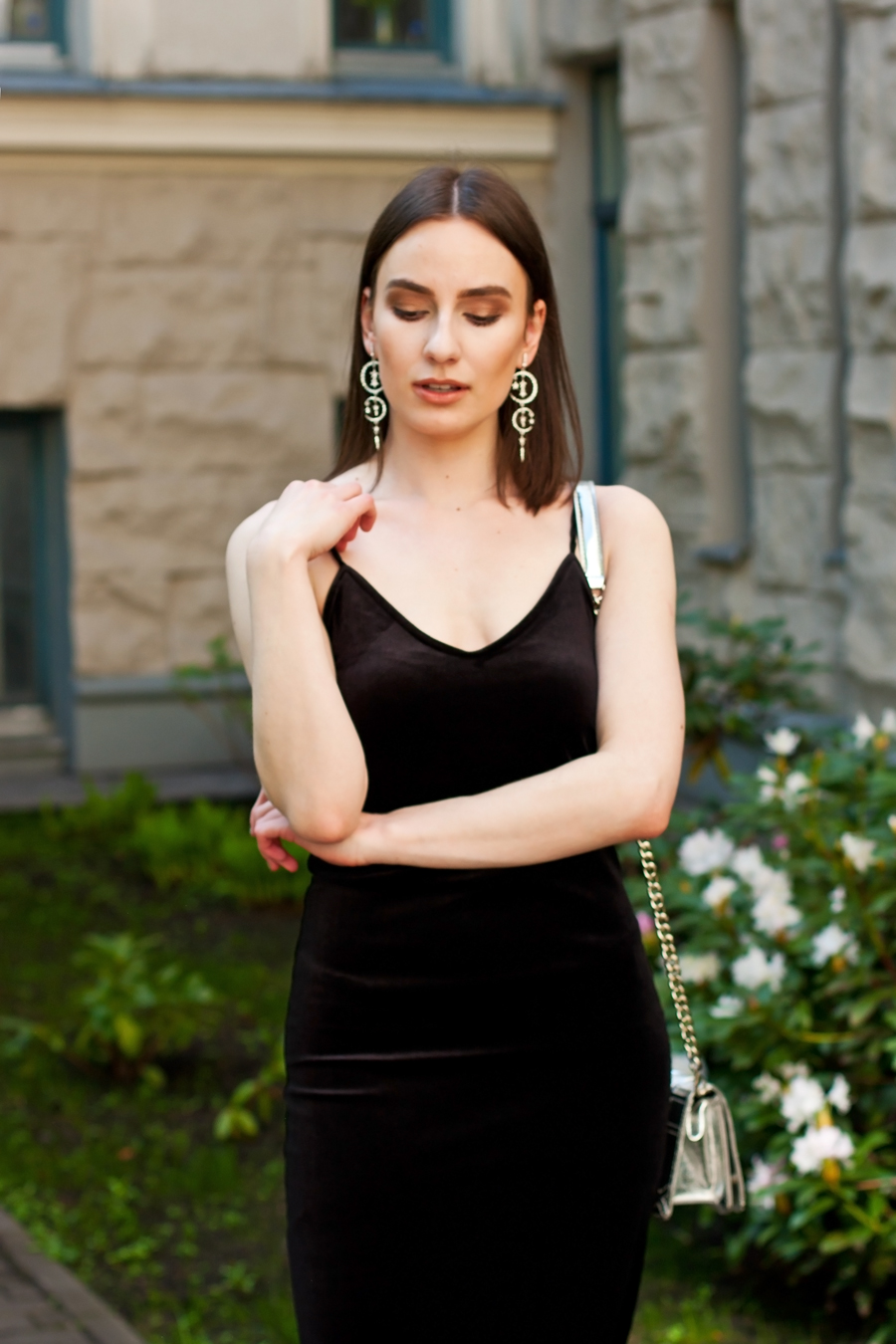 Meanwhile, this midi dress is far not the only hero of today’s visual story. I mean outfit of course. Now it was back in one of those Beauty stories that we looked at the chrome nail trend of the season. So, I couldn’t escape but try the Sammydress wraps – looks super cool even though it lasts like a day. Also I just love how perfectly these earrings matched the whole picture. Am not sure if i was initially designed with that kind of reference to East (coast) and don’t know why or how some people actually reckoned such a message… but I adore the earrings anyway. 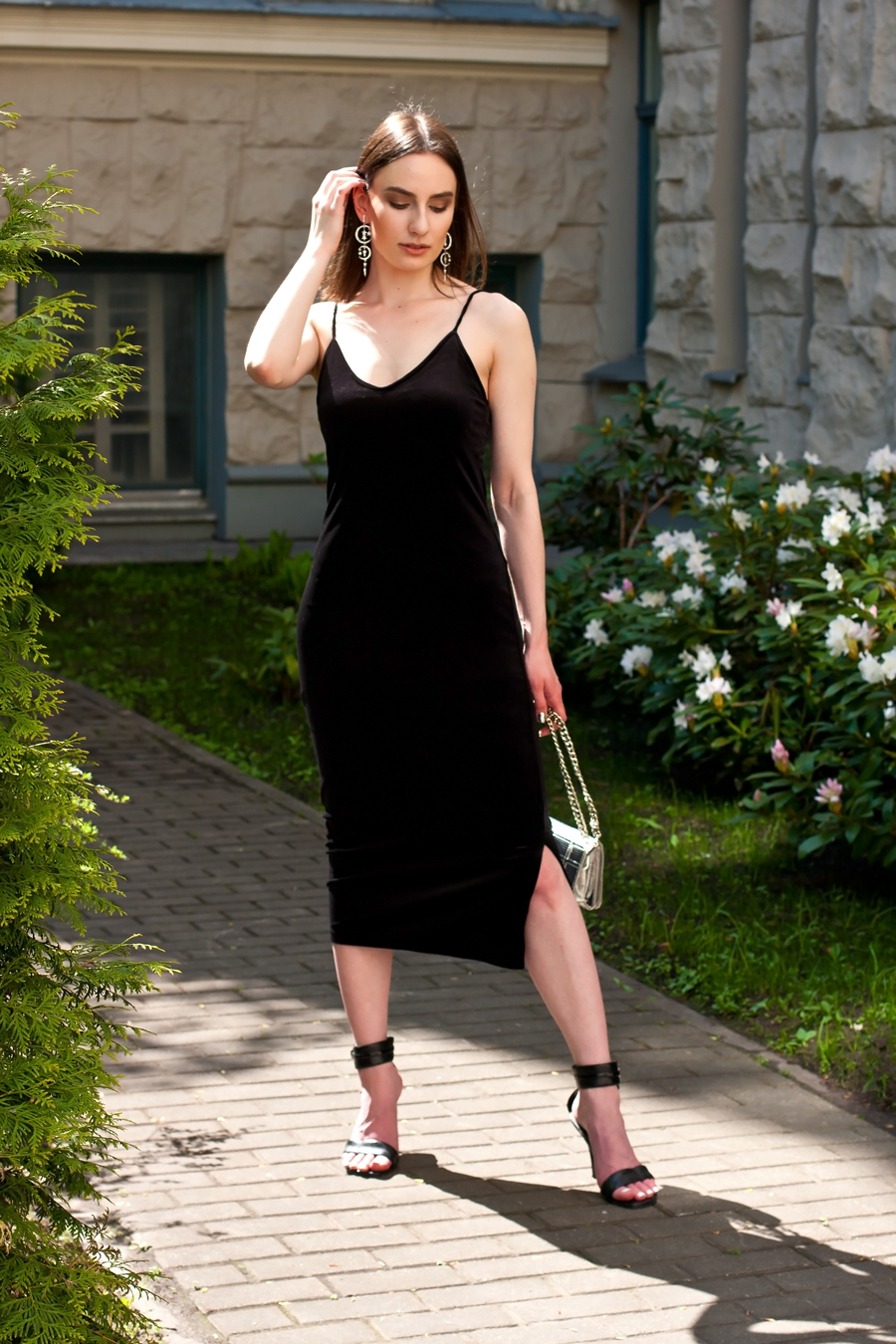