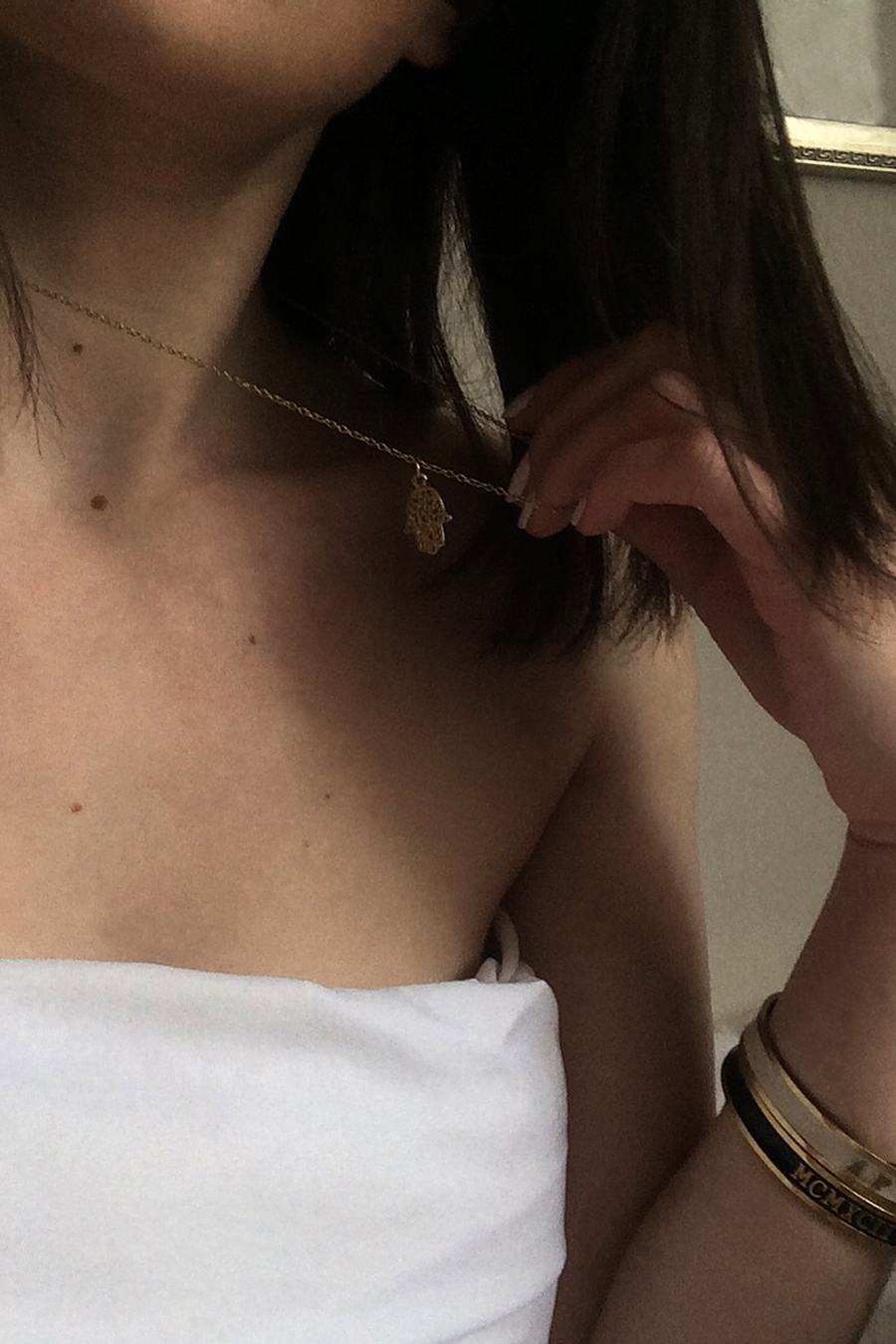 Khamsa fi ainek, literally.
So ever since I went on pouring out my feelings and revealing the layers to my soul in that letter to my younger self story, I felt like this hamsa necklace also deserves its own spotlight time. Well okay, when it comes to all sort of amulet pieces and crosses things I assume i to be a pretty personal-much moment. In terms of person’s own choice to wear this or that piece. So in my case it’s hamsa (also known as Hand of Fatima with Arabs and Hand of Miriam with Jews) that clicks. Simply clicks. 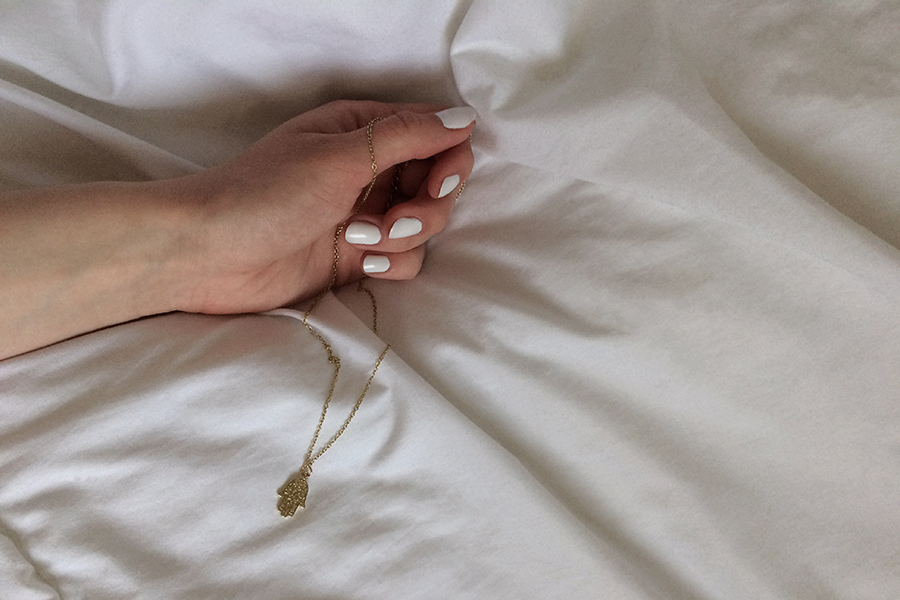 I also feel like sharing few interesting lines of the legend Arabs support the Hand of Fatima with. It says that Fatima’s (the daughter of the Prophet Muhammad) husband brought second wife to their home. She was cooking halva when husband decided to introduce them to each other. It was such a shock to Fatima that she dropped the spoon. But she went on stirring hot halva with own hand without feeling or realizing it. Simply because this heartache of Fatima was stronger than physical one. To cut a long story short, it all made her husband abandon the idea and remain faithful to his wife. A pretty noteworthy story as for me. 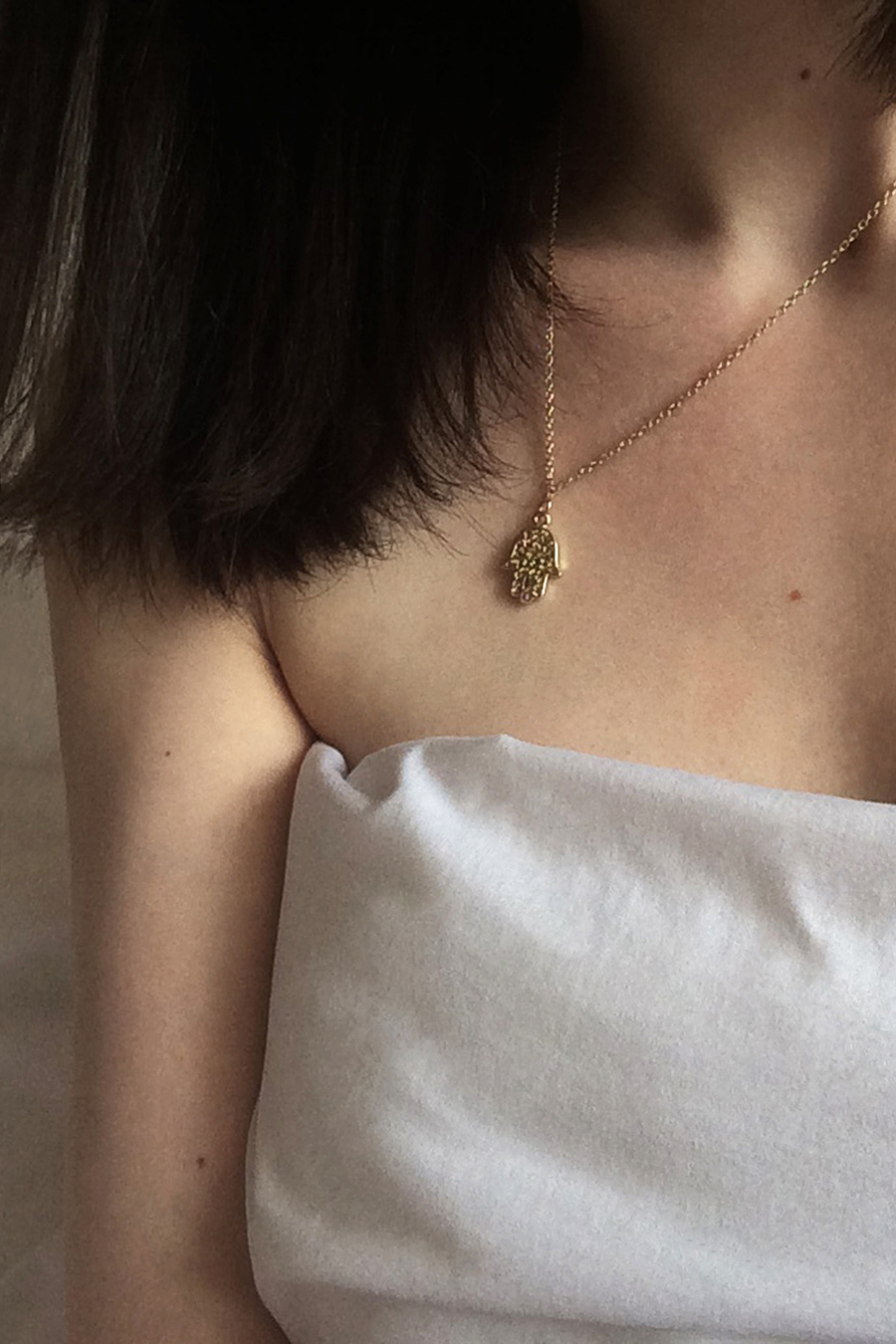