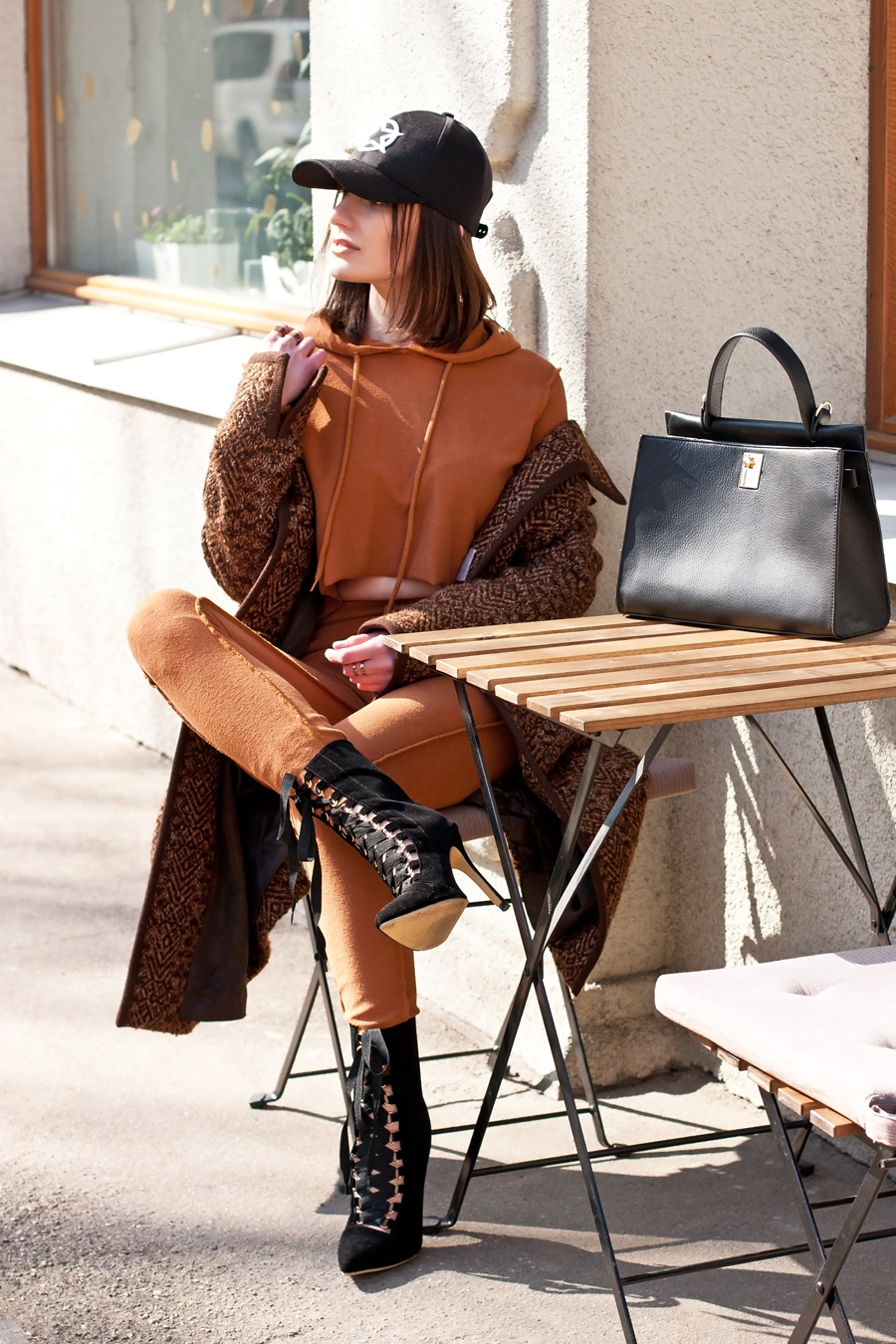 Sportswear game still strong.
Still crushing on sportswear stuff. And still in the mood of wearing comfy, laid-back outfits like 24/7. Like almost 24/7. And, well, just to finish off this breathtaking ‘still still still’ thing of mine… am still expanding my tracksuits collection. And if previous combo, the black velvet-ed with zips one, is now more of a home wear piece, then this new Zaful suit is all about streets and so. Both as a total tracksuit and sweatshirt/pants separately in a combination with other elements. 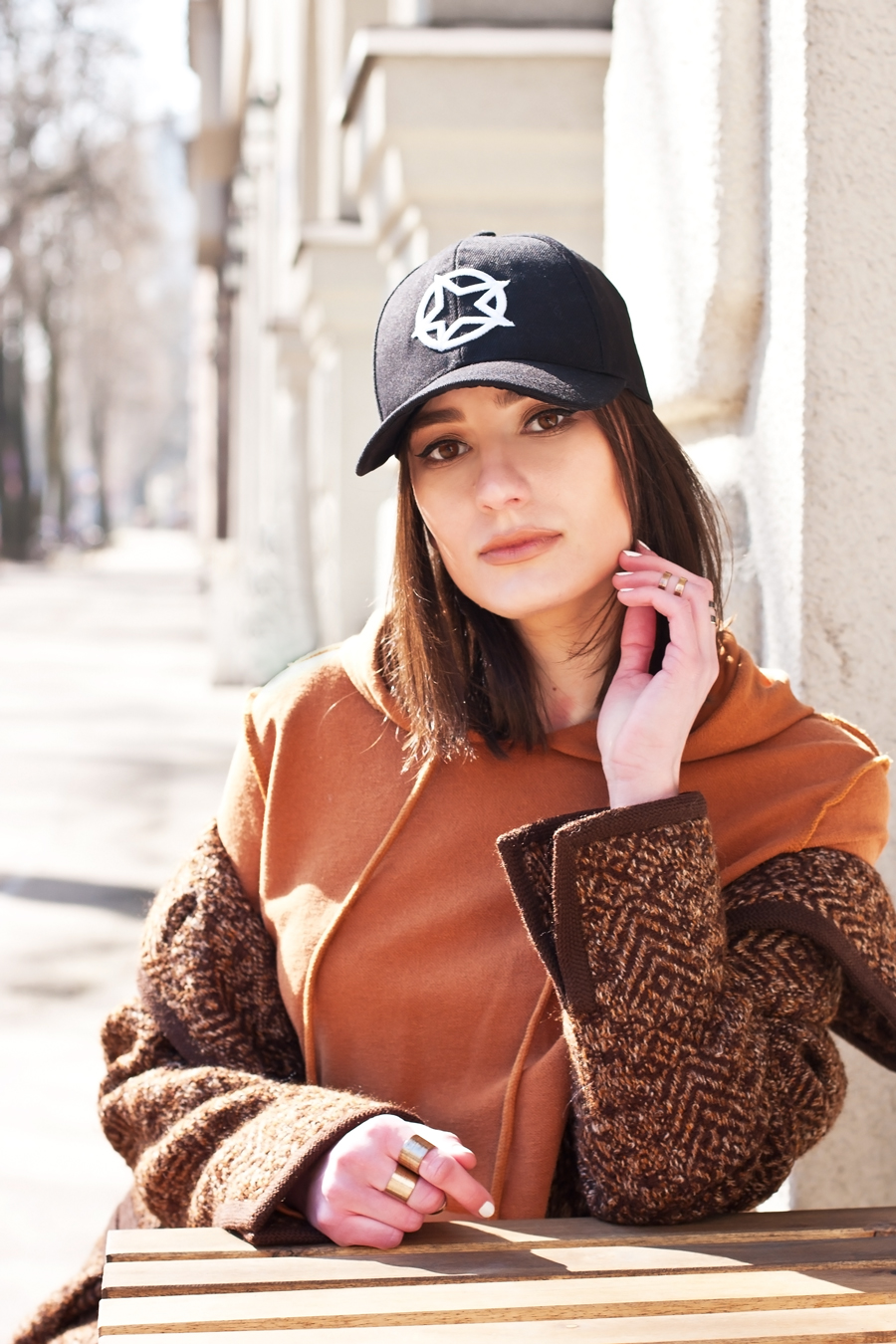 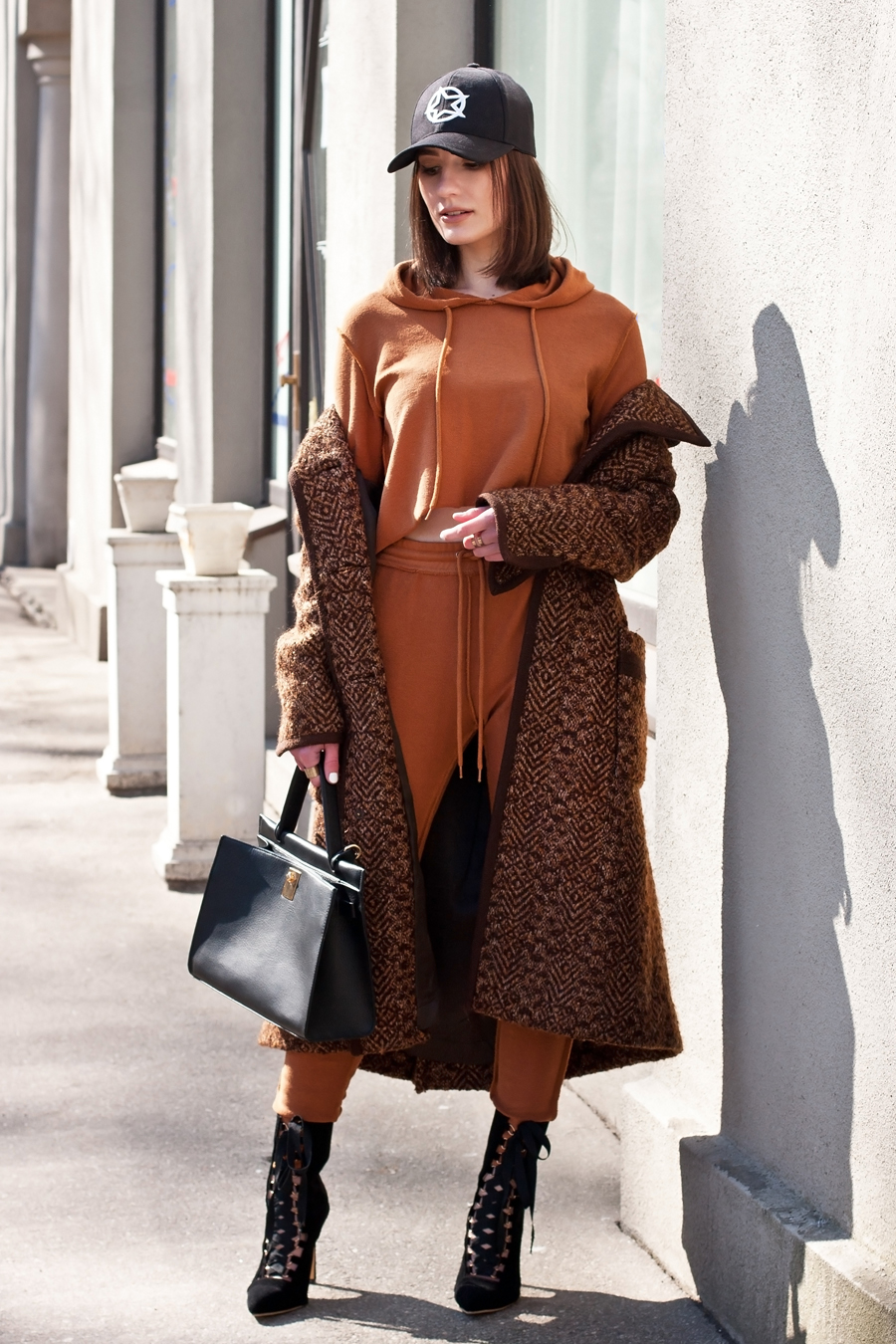 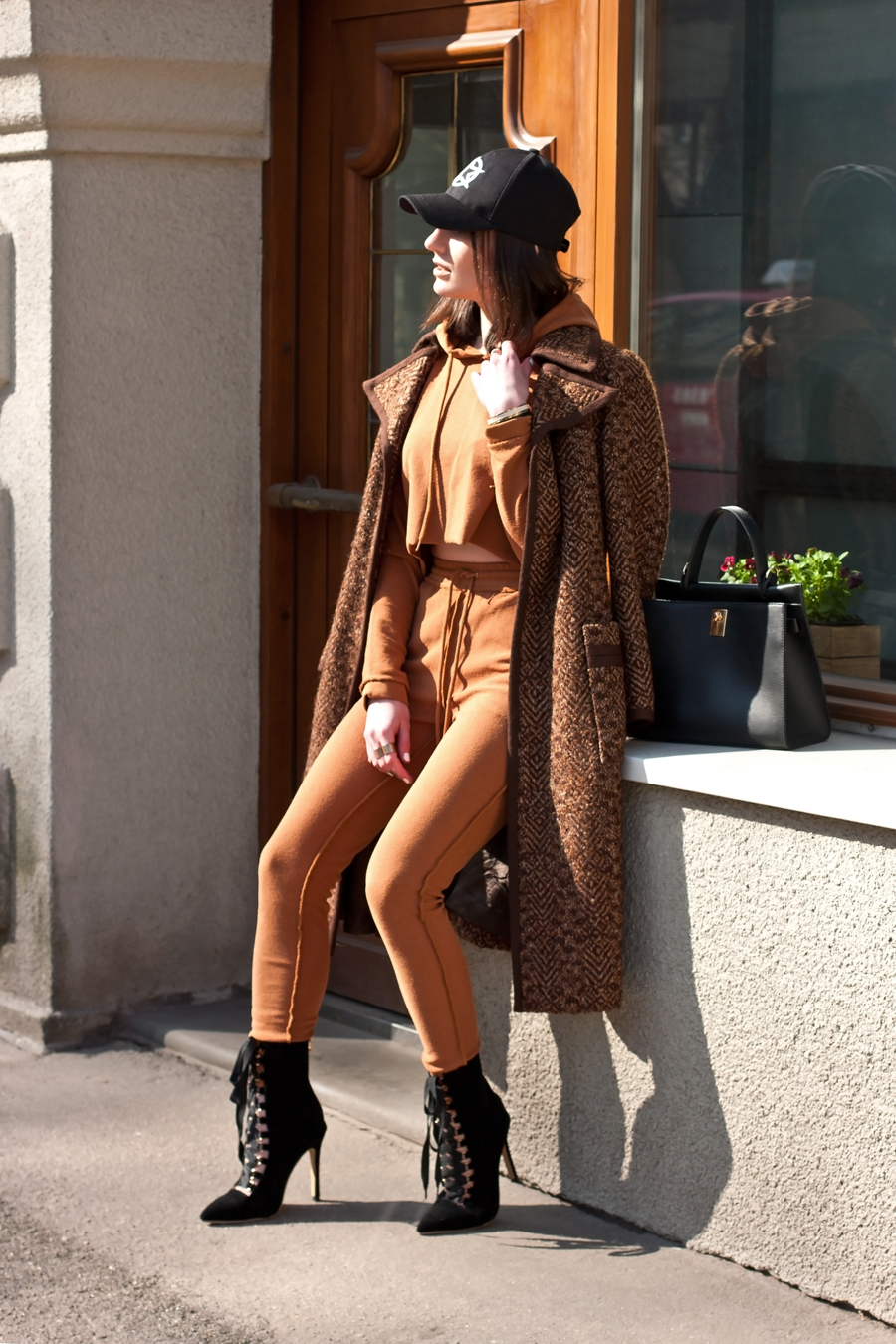 You know I was looking through Yeezy collections once again just now, yes I keep looking through Kanye’s fashion creations from time to time, especially lately, because, well, I like what he’s doing and messages he sends (like a celebration of females and literally an endless gallery of all beauty types back in Fall 2015 show, and so on), and at some point I realized that to some extent a part of today’s combination – tracksuit plus lace up boots – is a mix of vibes I took from Season 3 and Season 4 collections. It was Season 4 that I pointed ‘tracksuit + heeled lace ups’ thing. And it was Season 3 that featured those interesting shades of brown, both in terms of women’s and men’s looks. 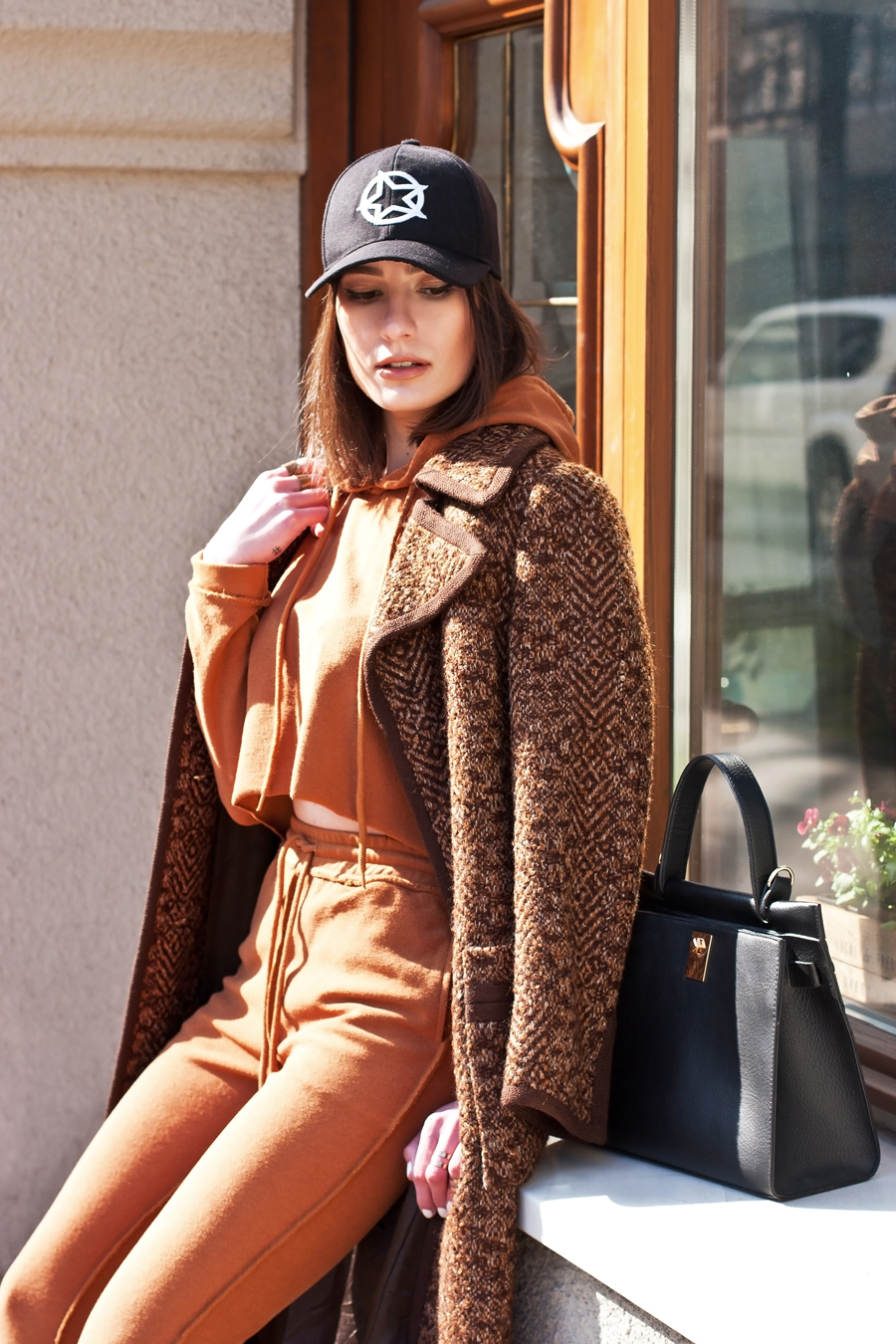 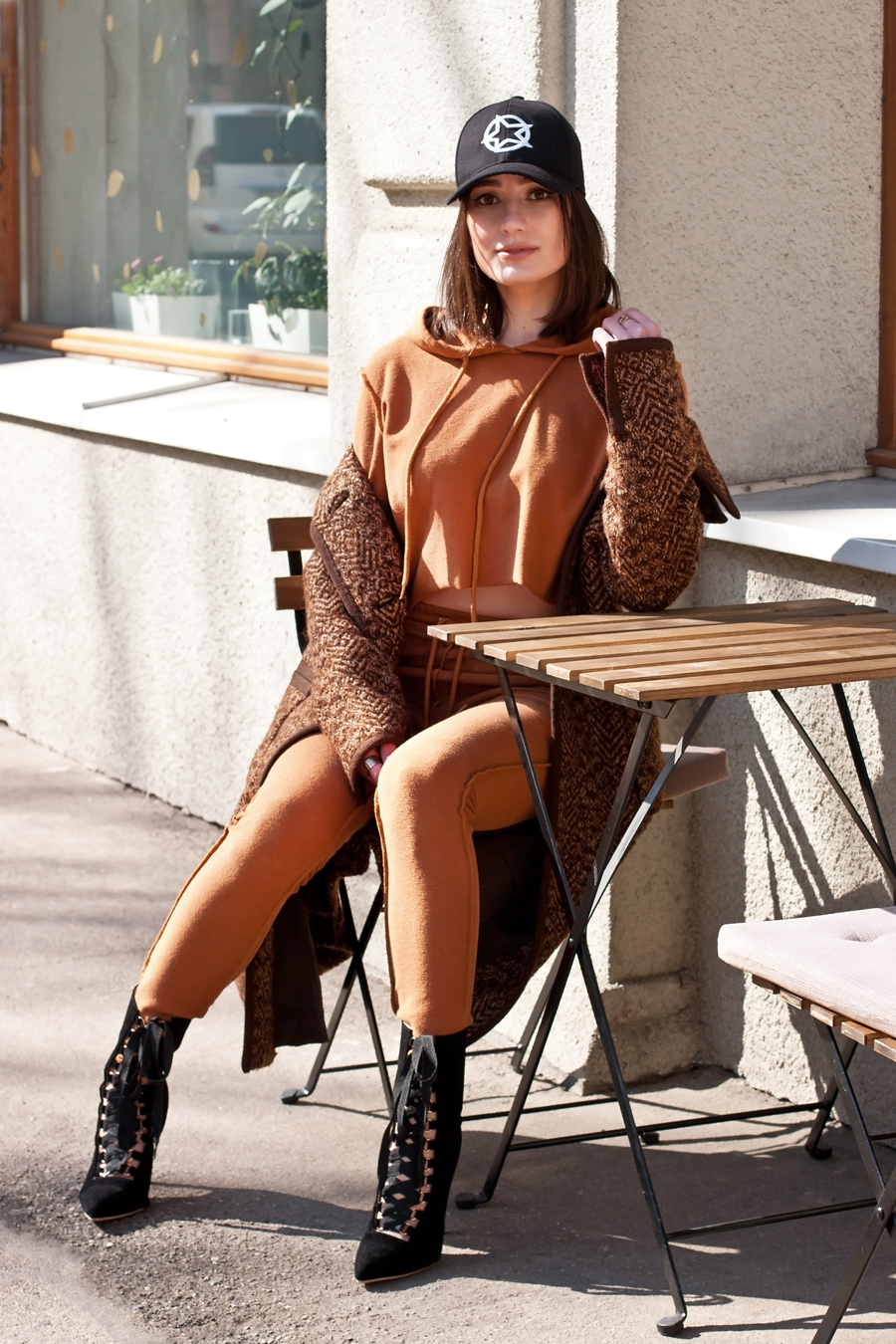 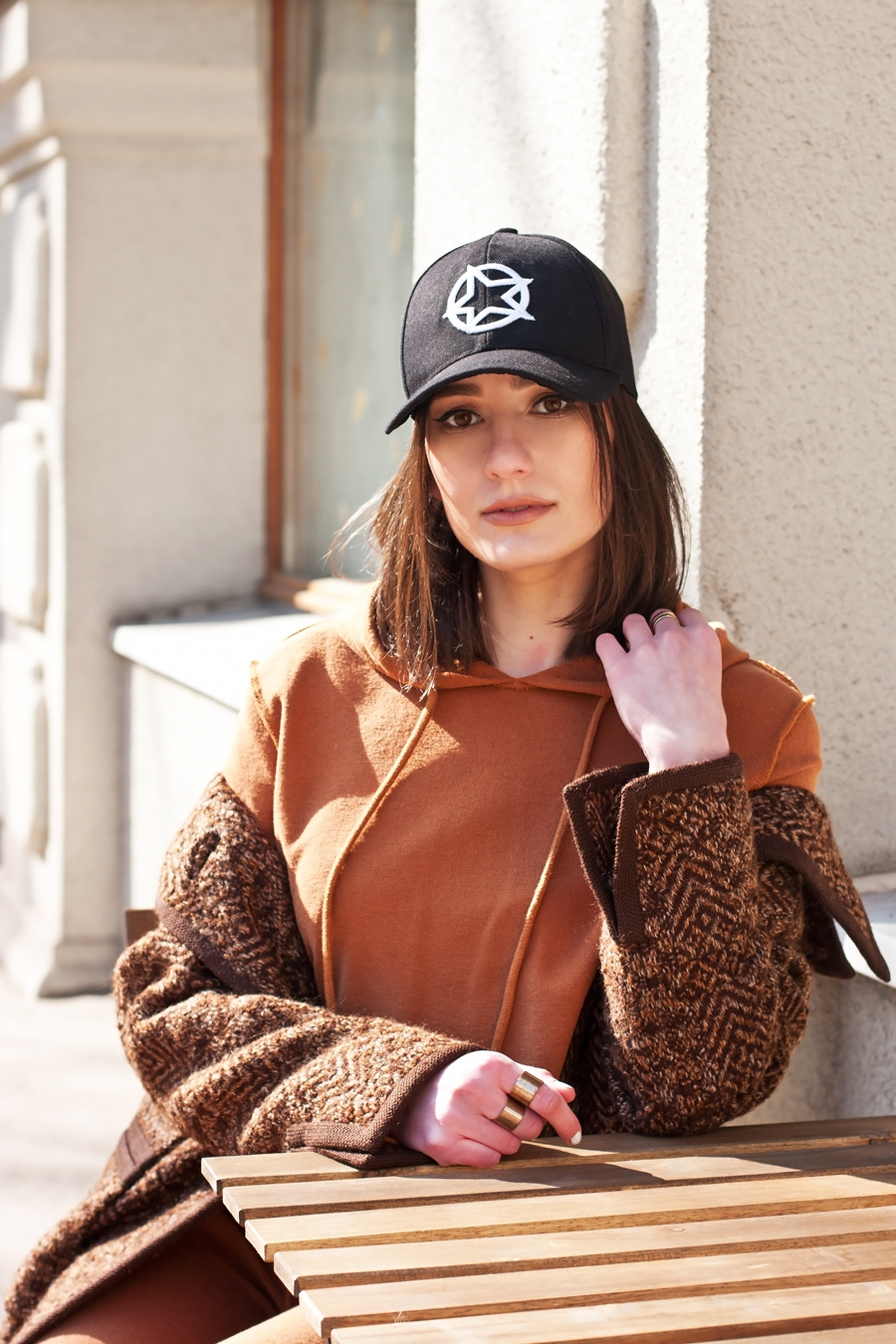 If I’m about to speak through this outfit in more details, then I should probably mention that it was Kim K W’s early February look that featured both tracksuit and heeled boots topped with a coat. Like let’s be honest, she nailed it. And yes, I do like Kim’s outfits. Though my ultimate Kardashian-Jenner-style crush is Kylie. But back to outfit… right, that’s where, I mean from whom, I originally got the idea of mixing a coat and a tracksuit. What else? A cap. This detail has been an essential part of my daily outfits for, I think, quite a number of months now. See, still strong. 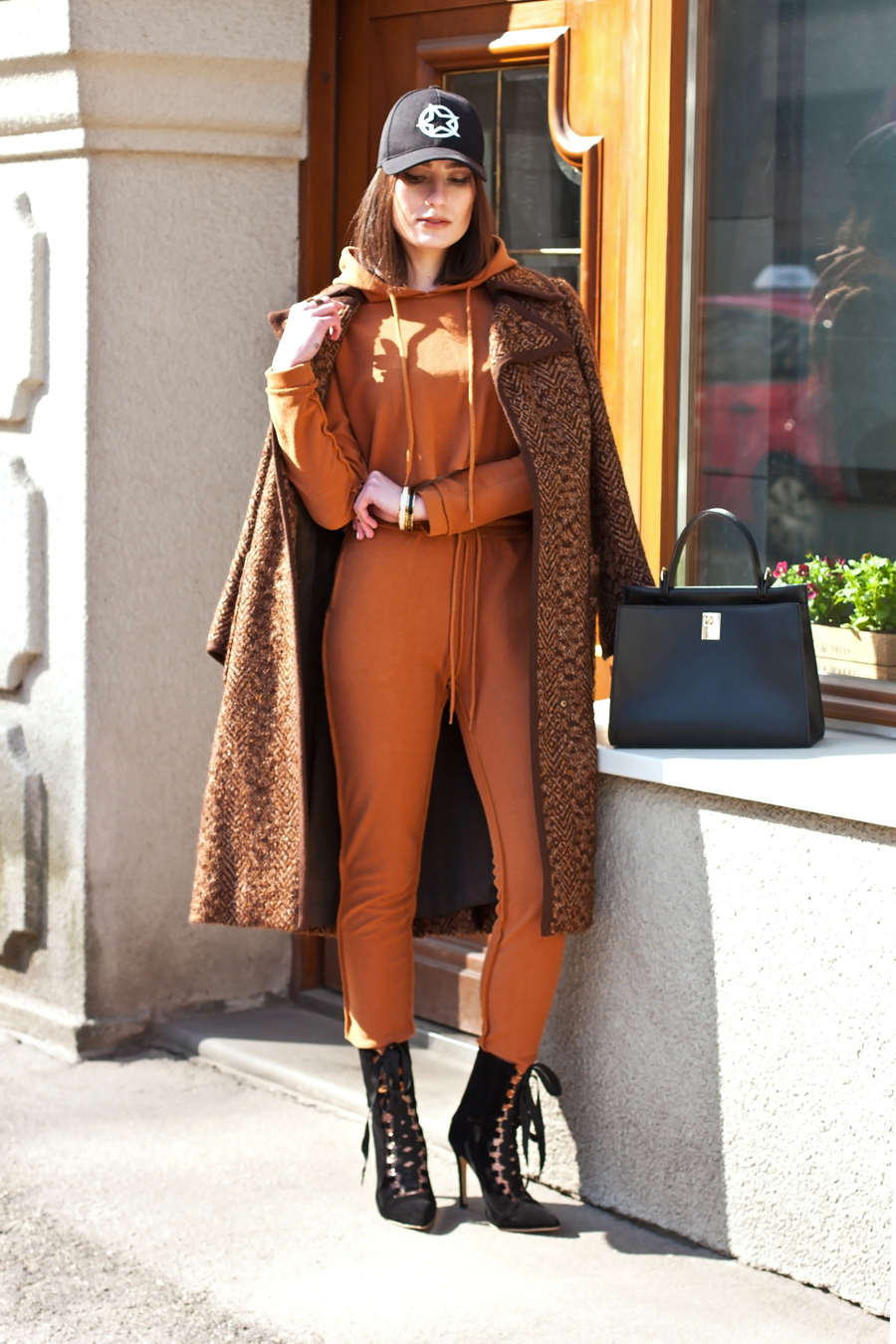