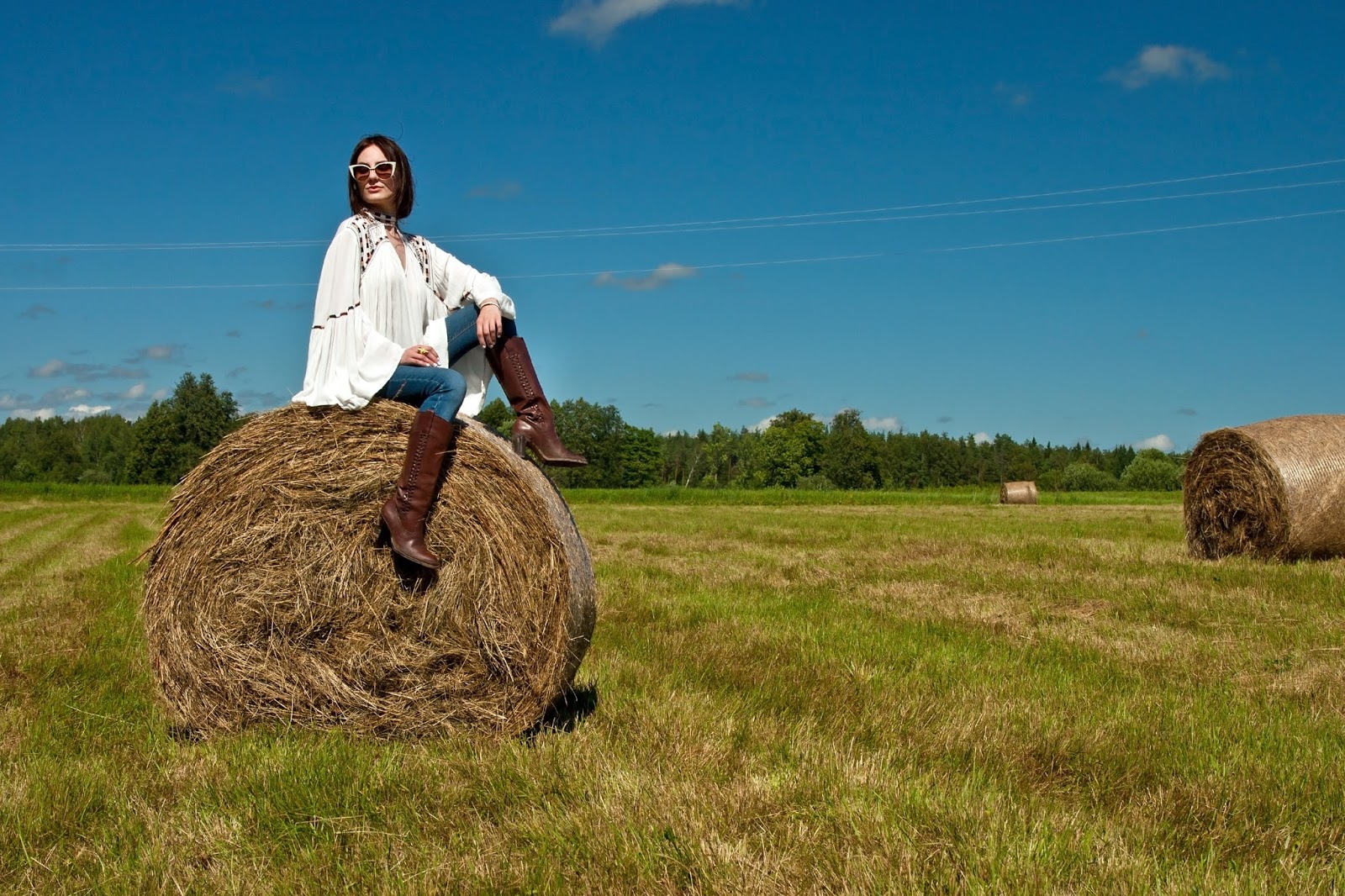 Typical Eastern European getaway.
And again my ‘Le Tour de Lavia’ series. And again it’s mid-July spent in Latvian haystacks. Another traditional visual story that comes right after almost annual lavender field adventures. As I said above haystacks kind of story now comes as an essential point within my summer ‘to do’ list. Who would have thought this kind of field and a visual story involved in it come more as a sort of haphazard rather than a deeply planned thing? Comparing to many other locations of visual stories I never do have one single haystack field used for fashion much purposes. Therefore, knowing that picturesque haystacks are a sort of a lottery I tend to take an extra outfit while heading for this or that tour around Latvia. Sounds awkwardly funny, but that’s the story behind the picture. 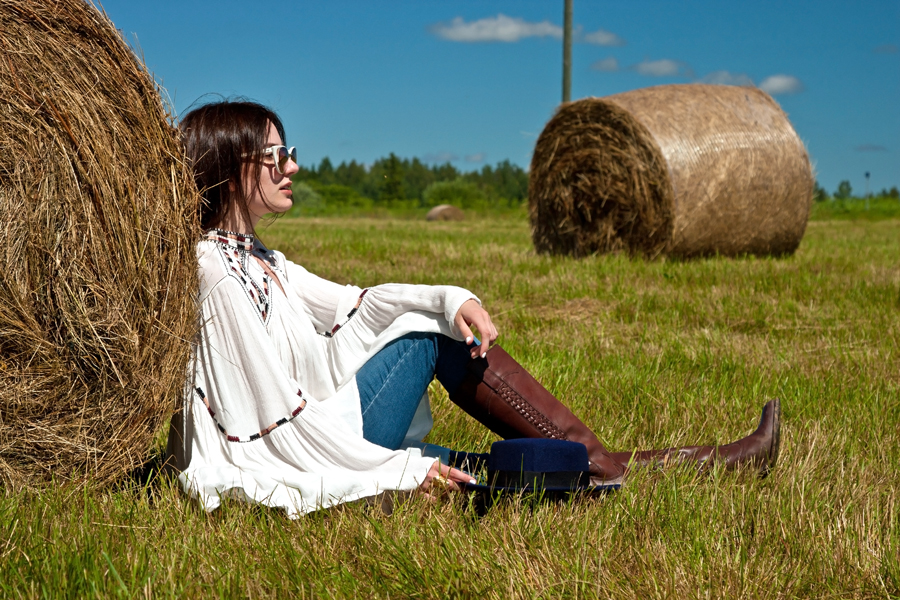 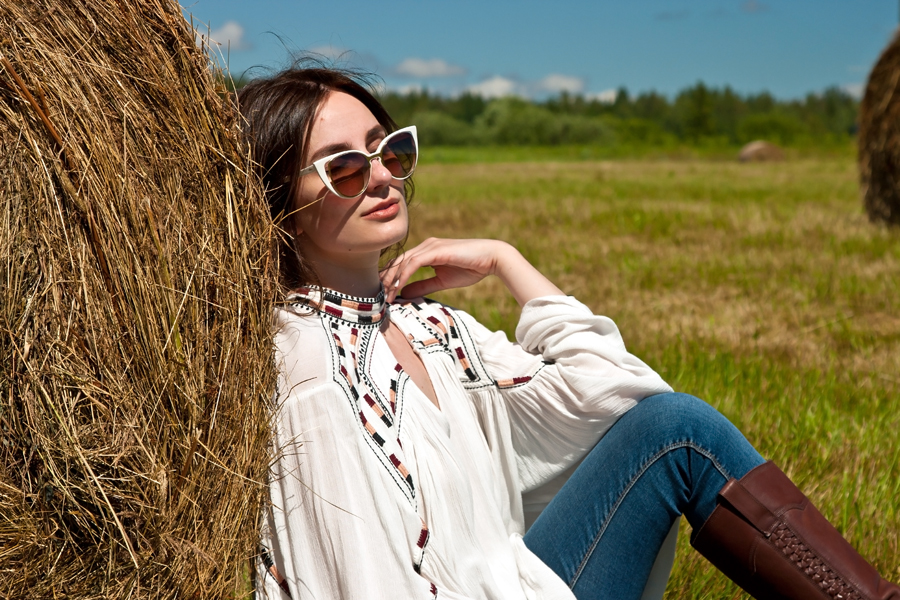 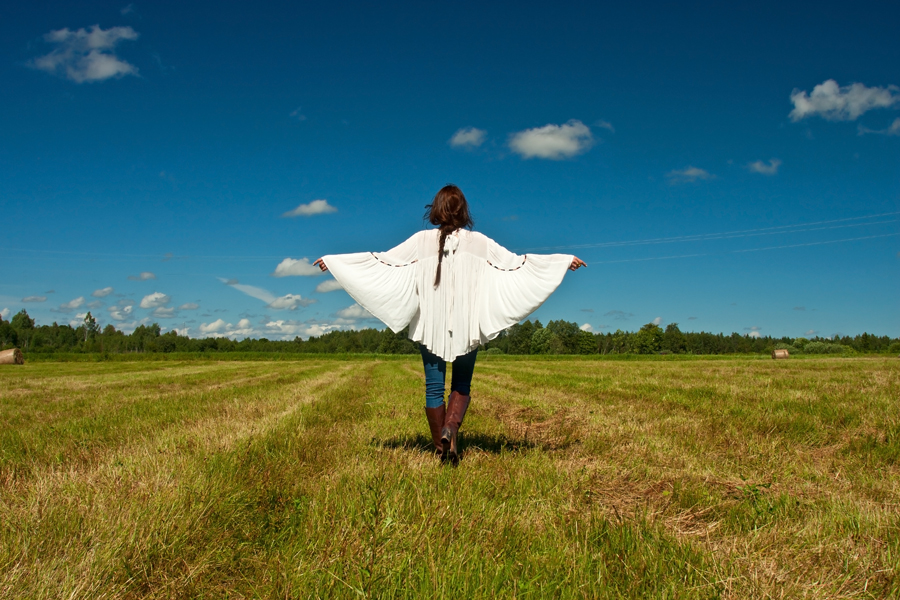 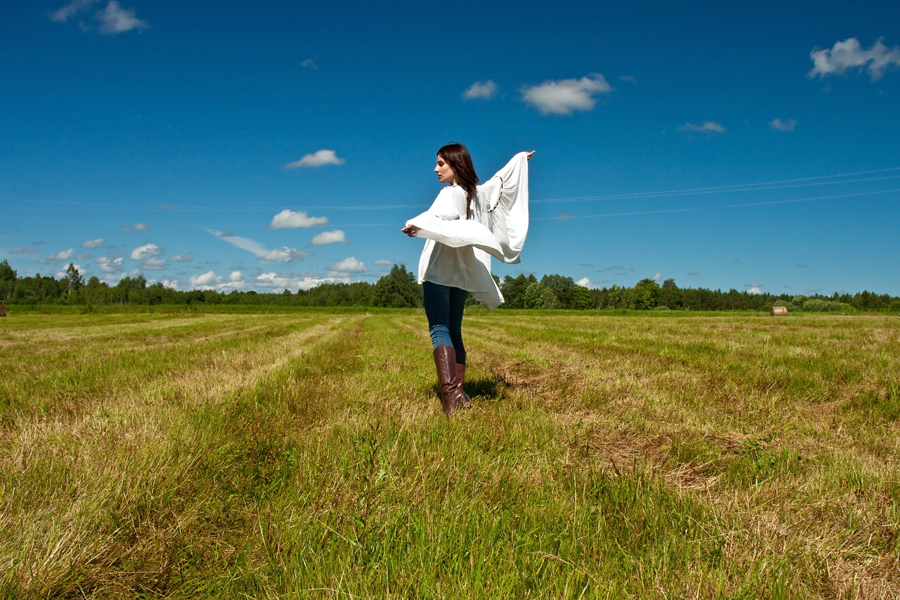 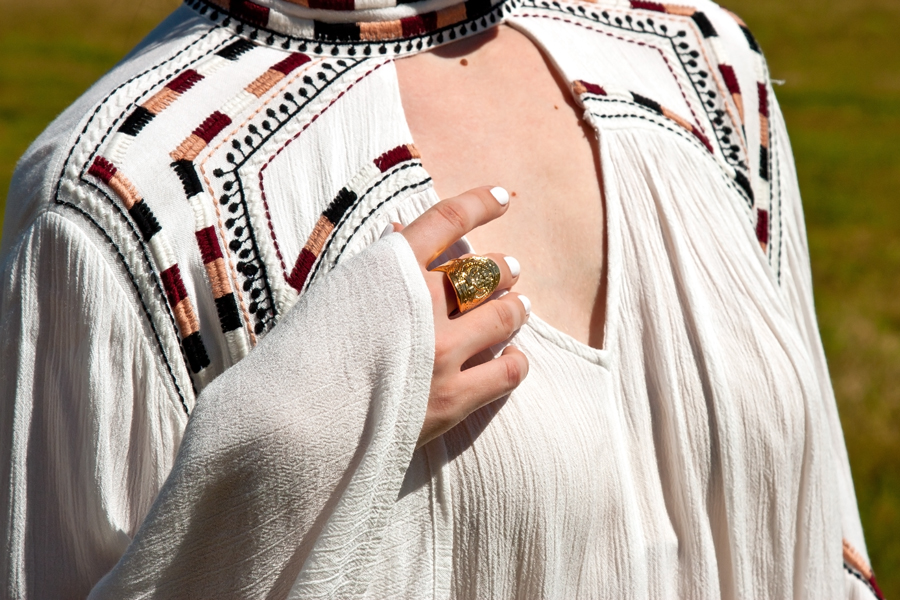 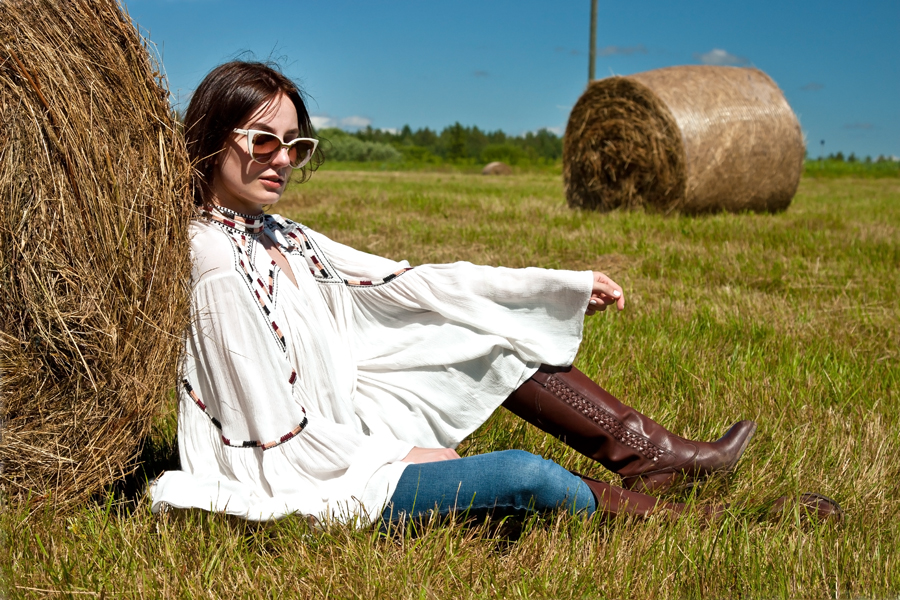 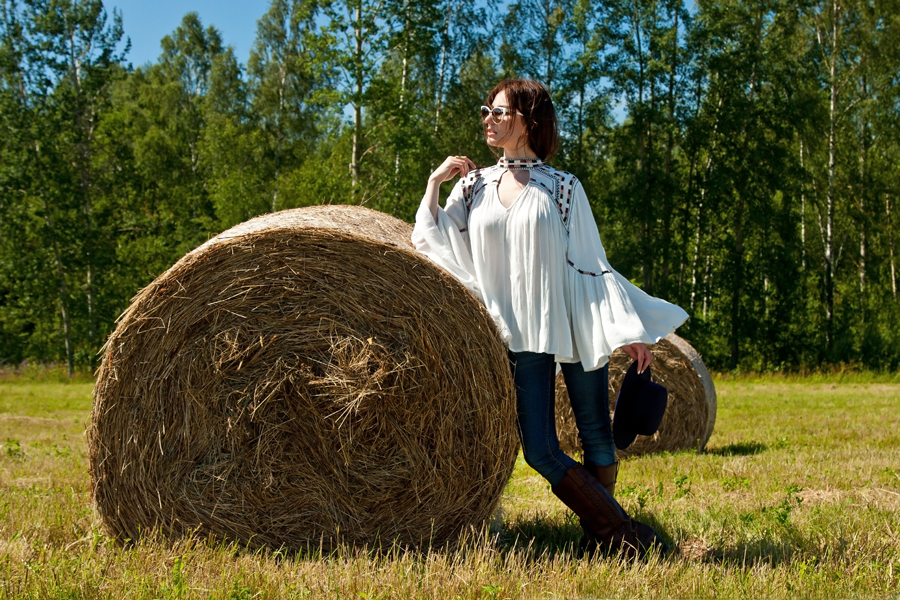 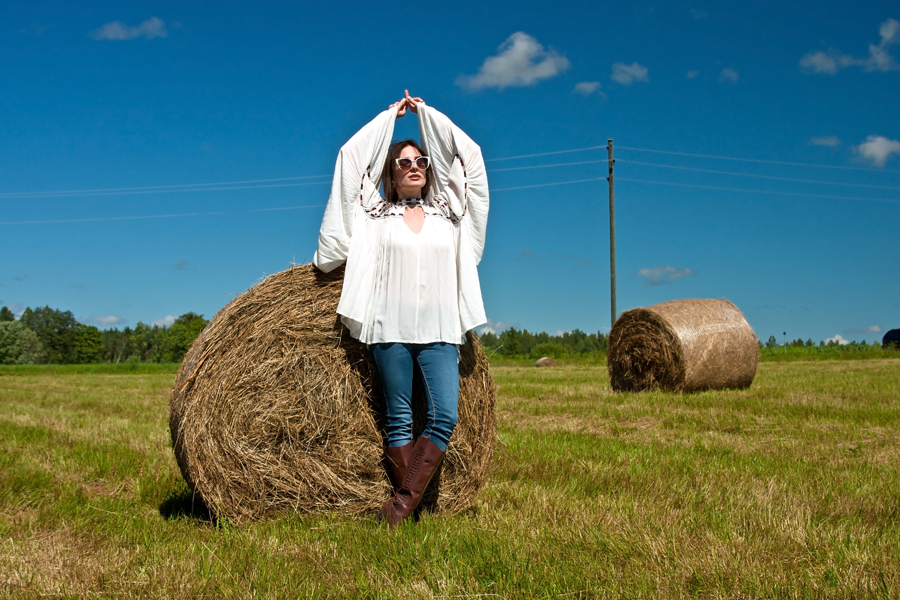 How come do I find haystack thing that much alluring? I don’t think I really talked this question through, or topic, you name it, before. So, I somehow inherited my name from my great grandmother Anna. And I do believe name is not the only thing I did inherit from her. Speaking of her in general terms I can picture Anna as a pretty educated woman for Russian 20th century countryside. Had seen her like once in my life, when I was just 2 or 3, therefore I can’t get in more details and compare two of us. But having heard a dozen, or so, stories about my great grandmother I would actually call her one of those Nekrasov’s type of Russian females. Now what’s haystack field has to do with all this? Well, I don’t put it directly with haystacks but rather countryside vibes in general. See, my namesake spent all her life living in Russian countryside and I do believe this thing for country-much vibes I have deep inside and I do feel whenever I break free in an Eastern European field was inherited from her. 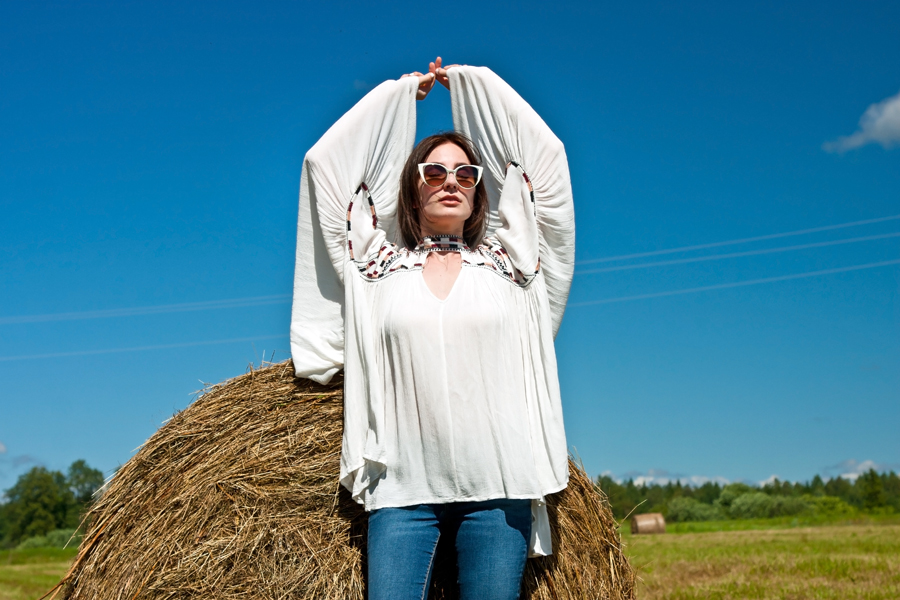 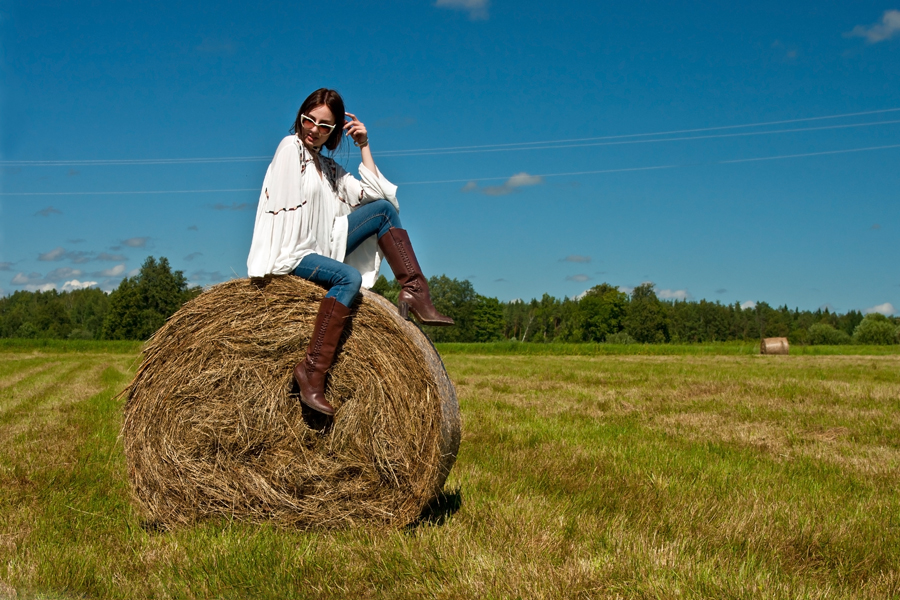 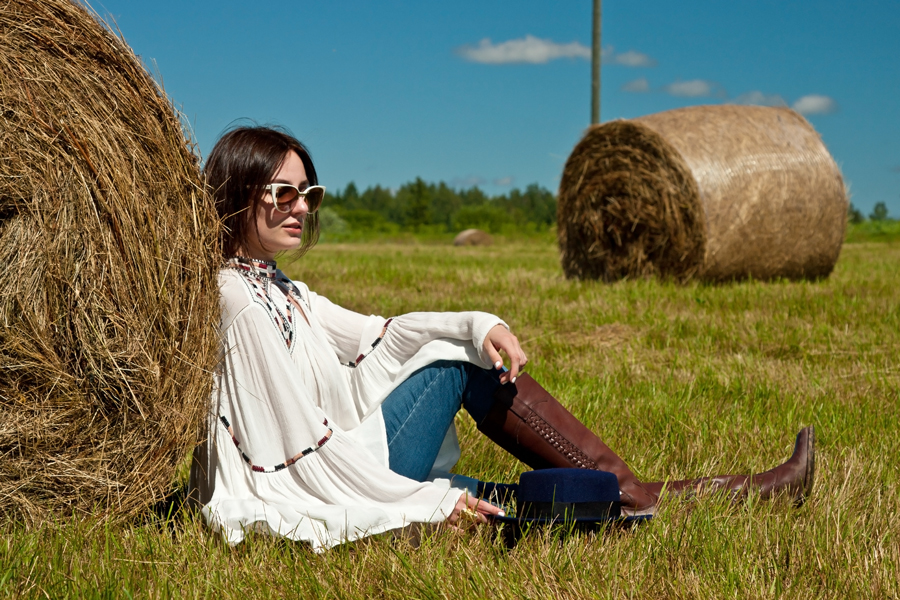 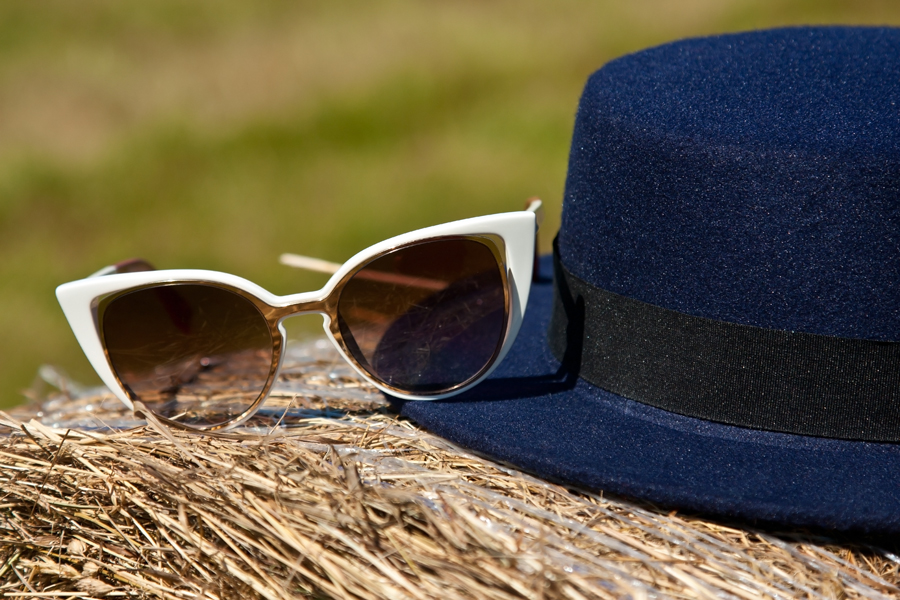 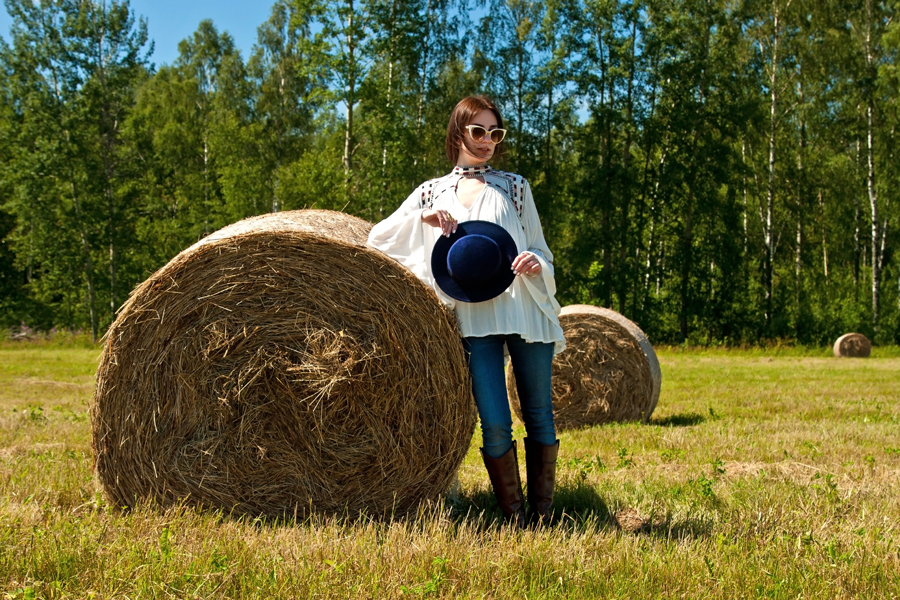 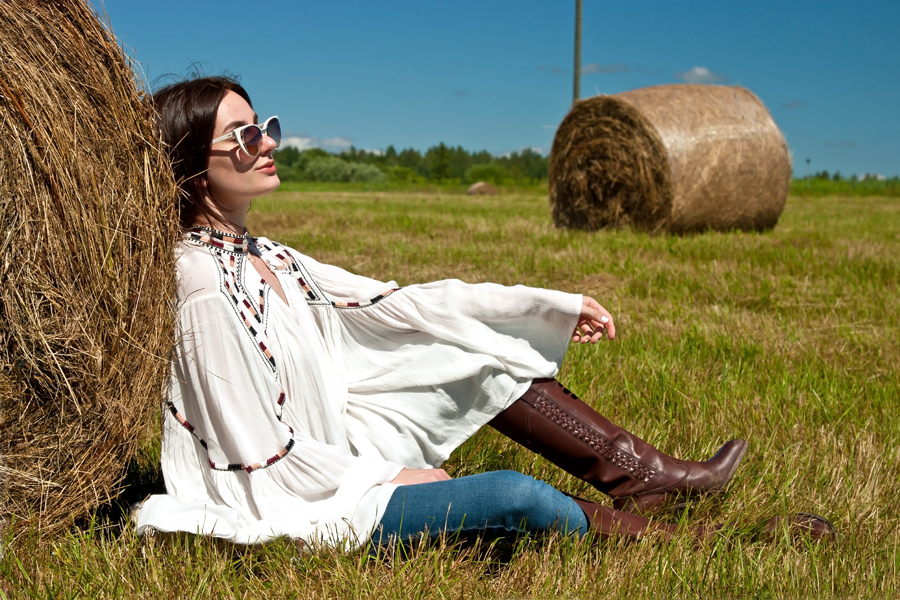 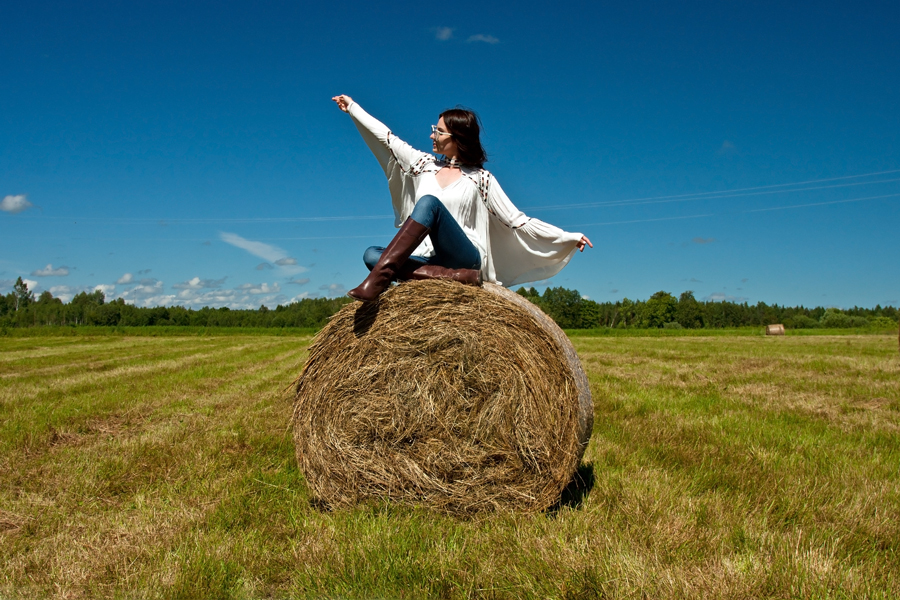 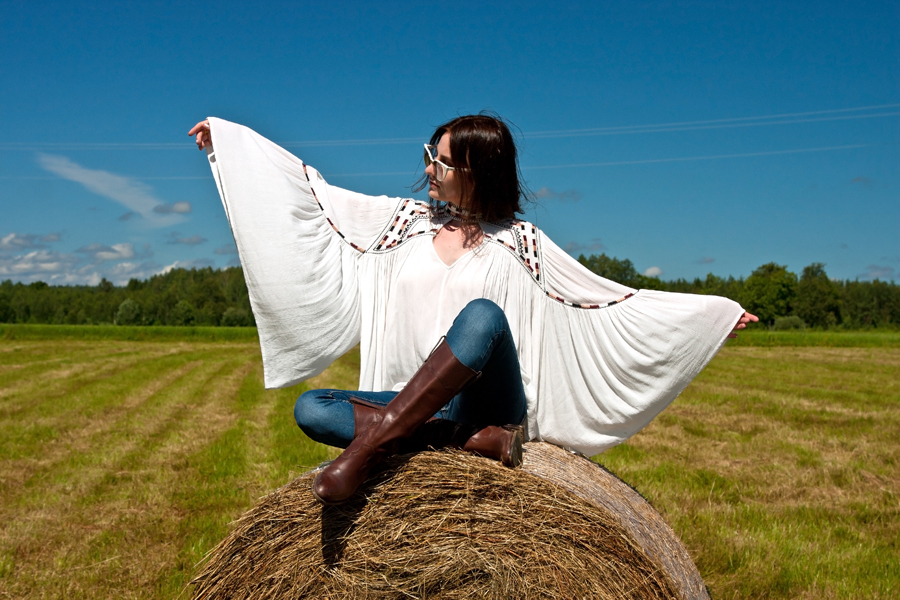 Besides my deep and endless feeling for country-much atmosphere I also like playing around country feels in terms of fashion. I already talked with you about this Spanish brand Cortefiel I discovered some time ago. And have to say their latest collection really got me going. Due to its overall country boho style. Well, this tunic caught my eye straightaway. These flying sleeves make it look pretty similar to swan. The swan thing was actually an association expressed by one Instagrammer and I don’t know any single reason to stand against it. When it comes to this dynamic outfit combination in general, I have to say I wanted to do something really haystack field appropriate – comfortable yet chic. Therefore I found casual jeans and beloved cowboy boots fitting perfectly within this picture of me dancing in the middle of the field and climbing up and down haystacks. And white shades just to finish the image of white swan off. 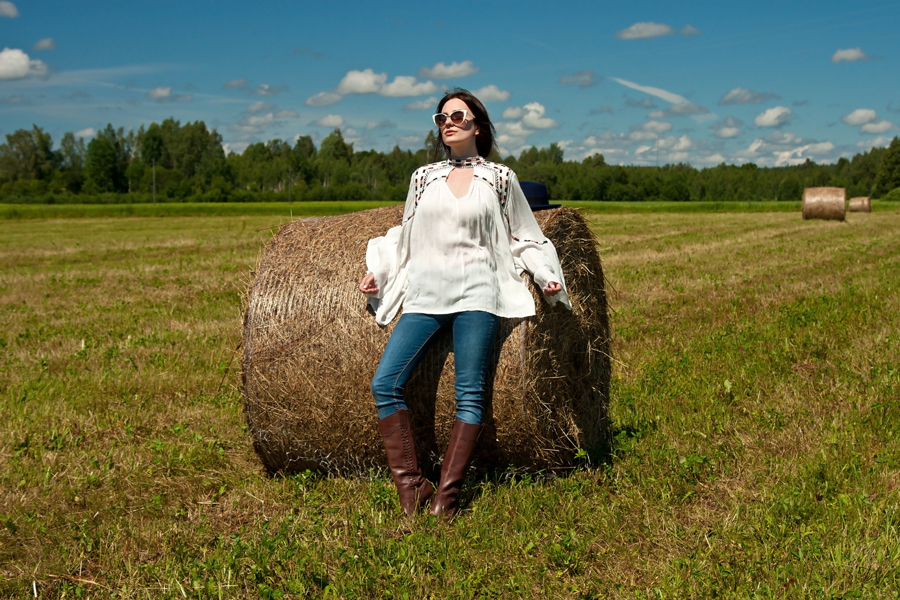