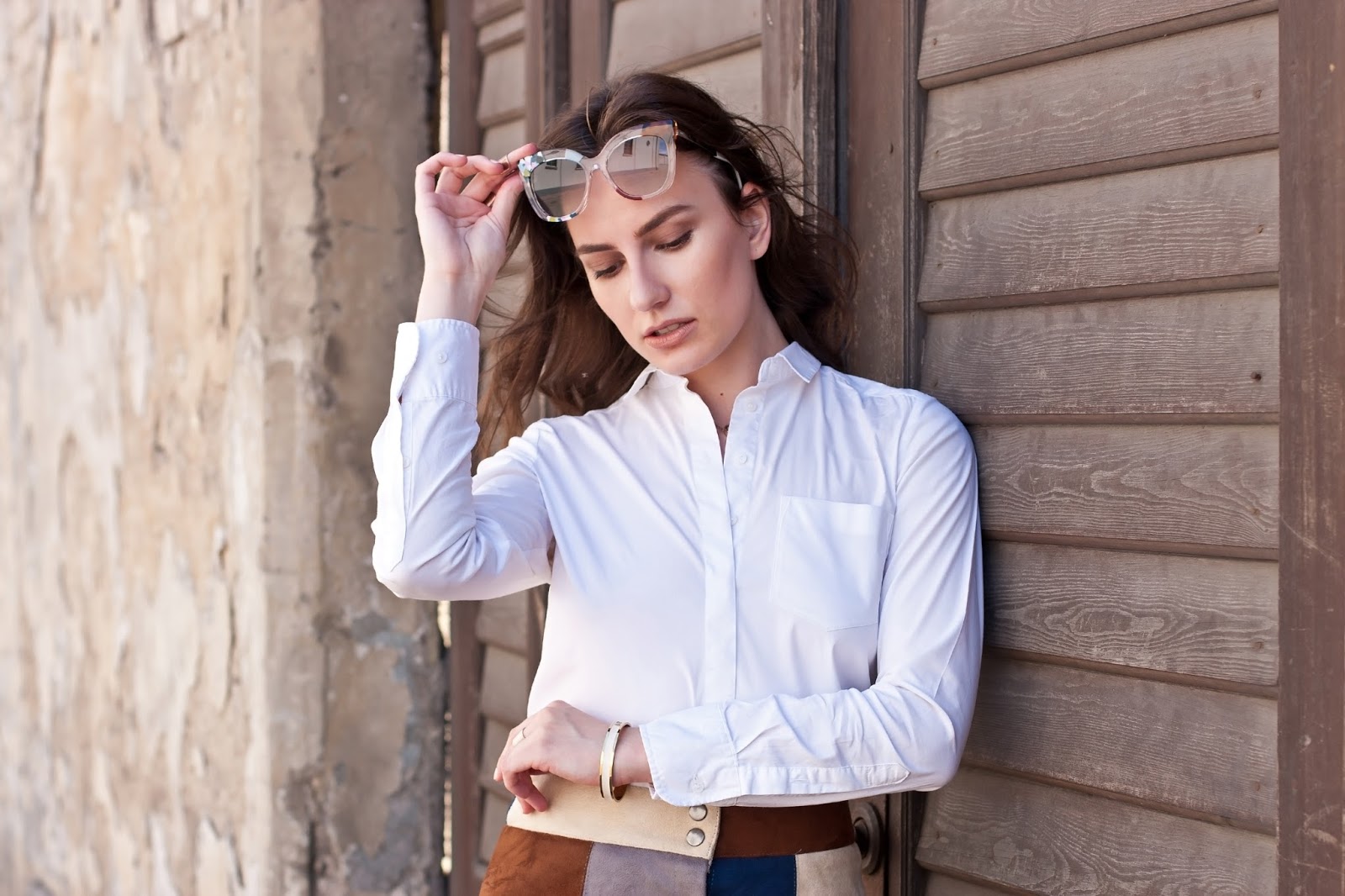 Brightening details up.
There is an issue I feel like talking about today. I’ve been thinking it over and over again. Female issue. Femininity issue. Female’s freedom of expression issue. Not feminism though. In my eyes feminism is more about politics, equal rights and roles (being as cool and bossy as males), ability to go up all the way career ladder and head a major international corporation, have a right to vote and be voted for and so on. While femininity and freedom of expression is more about social, cultural, well also religious, factors. Am I trying to speak of female’s role in modern societies? No. Not yet maybe as this is a pretty tough, deep and varied topic. Not for today. 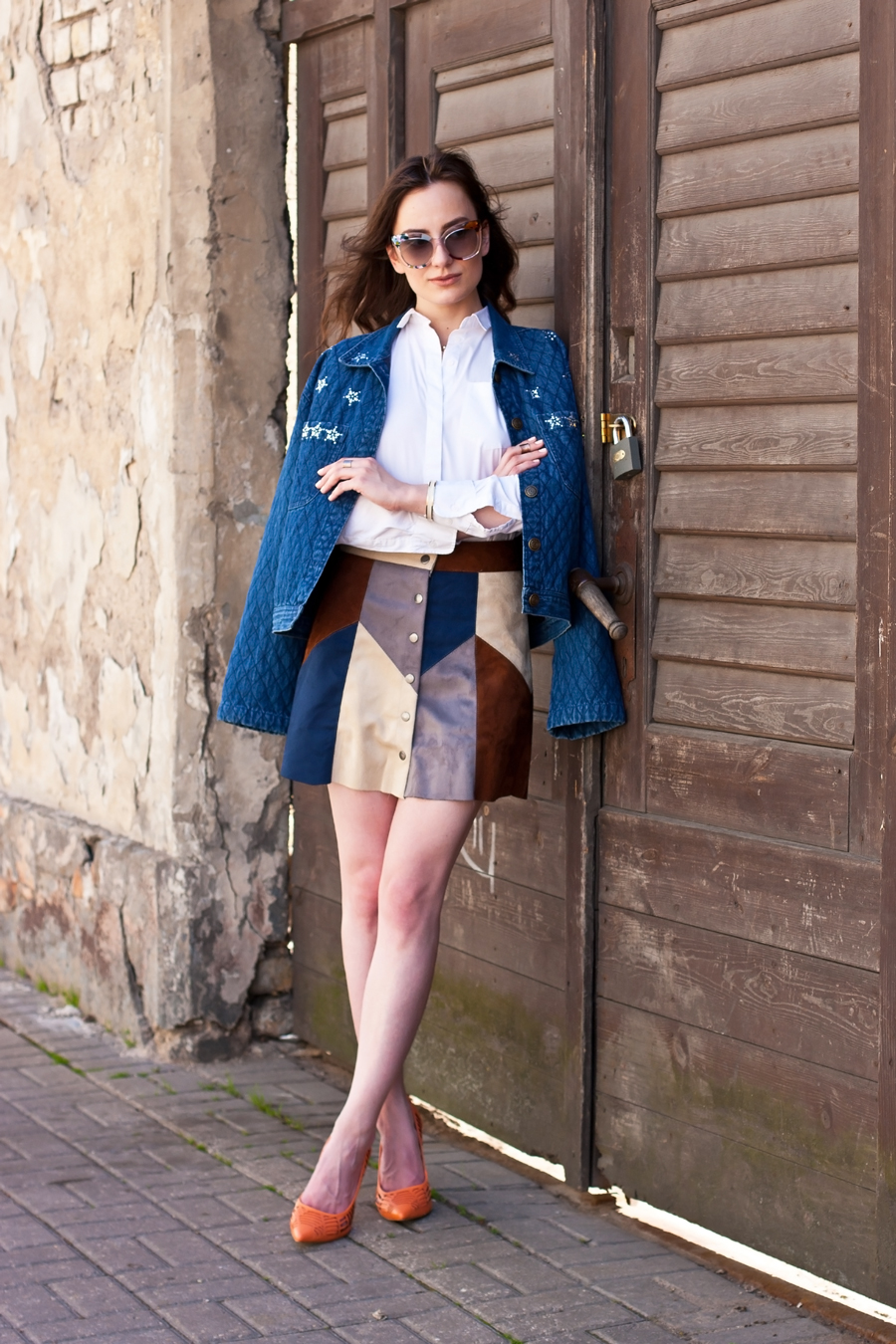 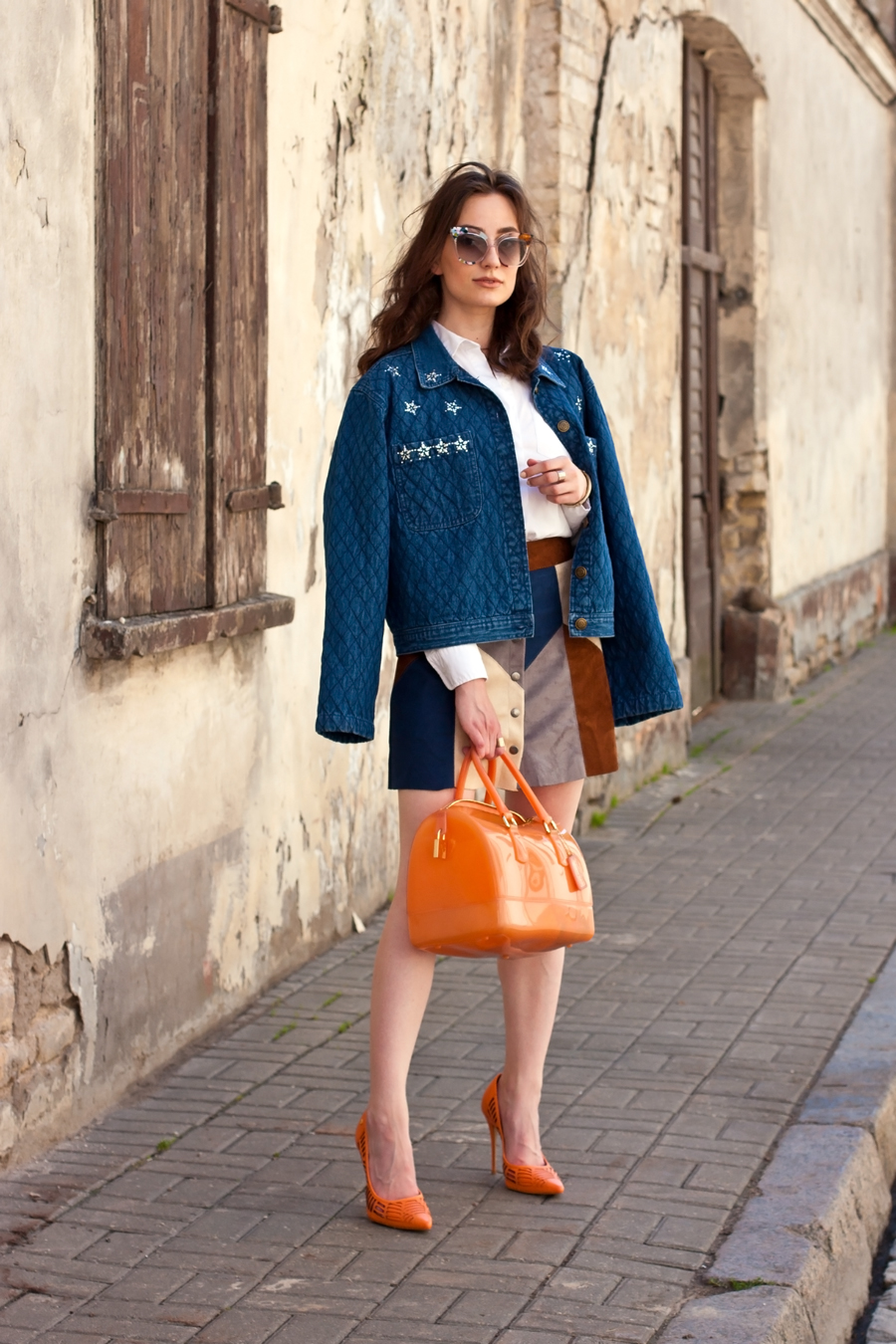 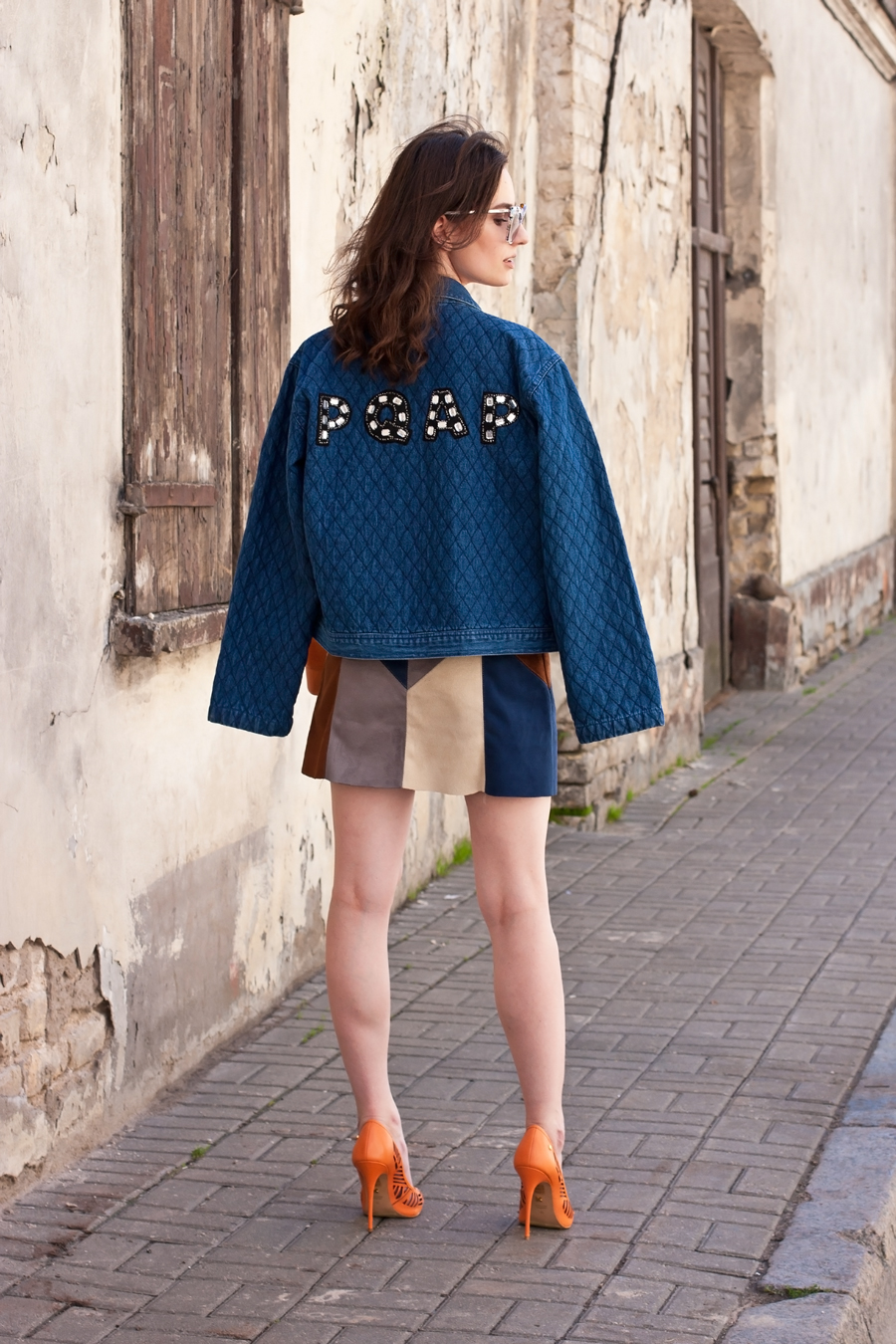 I wanted to talk more about female’s freedom of expression in terms of clothes. Agree, a long way have been gone since females abandoned corsets, took over pants and smoking suits from men’s wardrobe, started wearing skirts that can hardly cover any part of their bodies instead of long, full ones. And still… showing up braless underneath a top is pretty much equal to crime according to some individuals. If any single human will visually notice your nipple under that top (not a transparent though) he or she might feel uncomfortable. As if they don’t have nipples. As if padded, push-up, armored bras that make your boobs visible hundred miles away don’t make those humans feel uncomfortable. As if super skinny jeans that show one’s booty pretty well doesn’t make them feel ‘uncomfortable’. What’s wrong with females going braless? For a little, or quite big though, note I do look at this issue, #freethenipple or whatever they seem to cal it, from the side of comfort rather than abuse of woman’s body. It’s not about showing your boobs off on purpose and going nudist, slutty and so on. 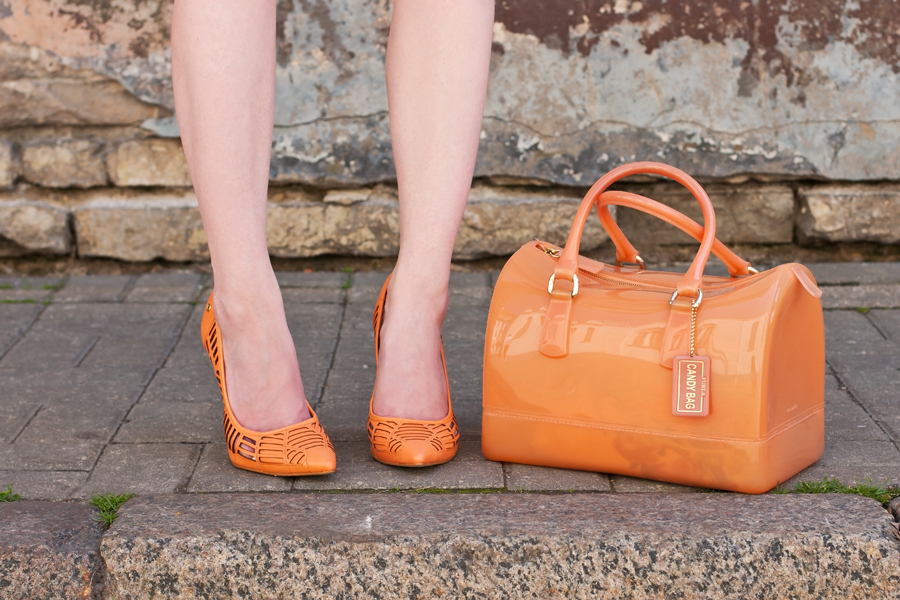 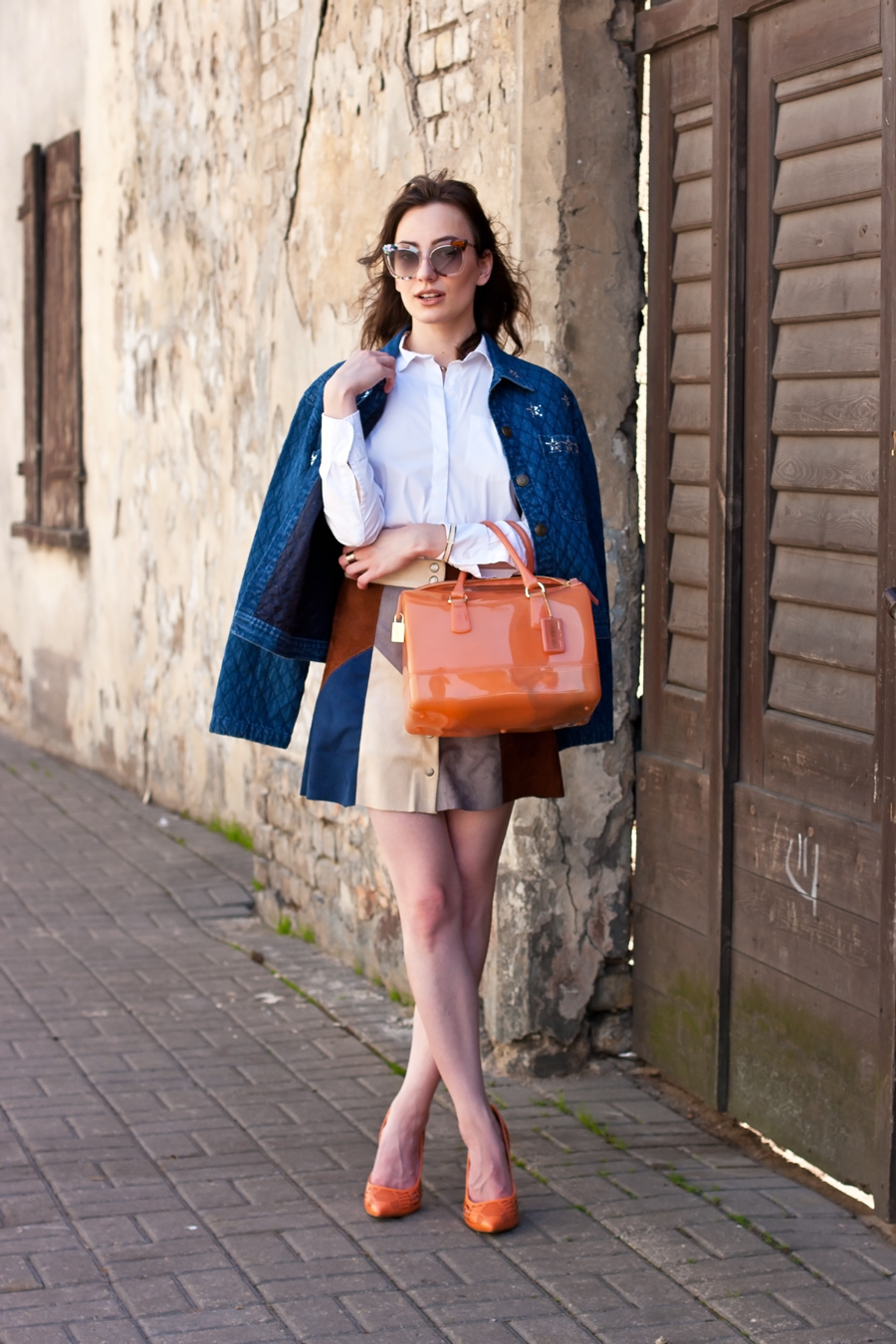 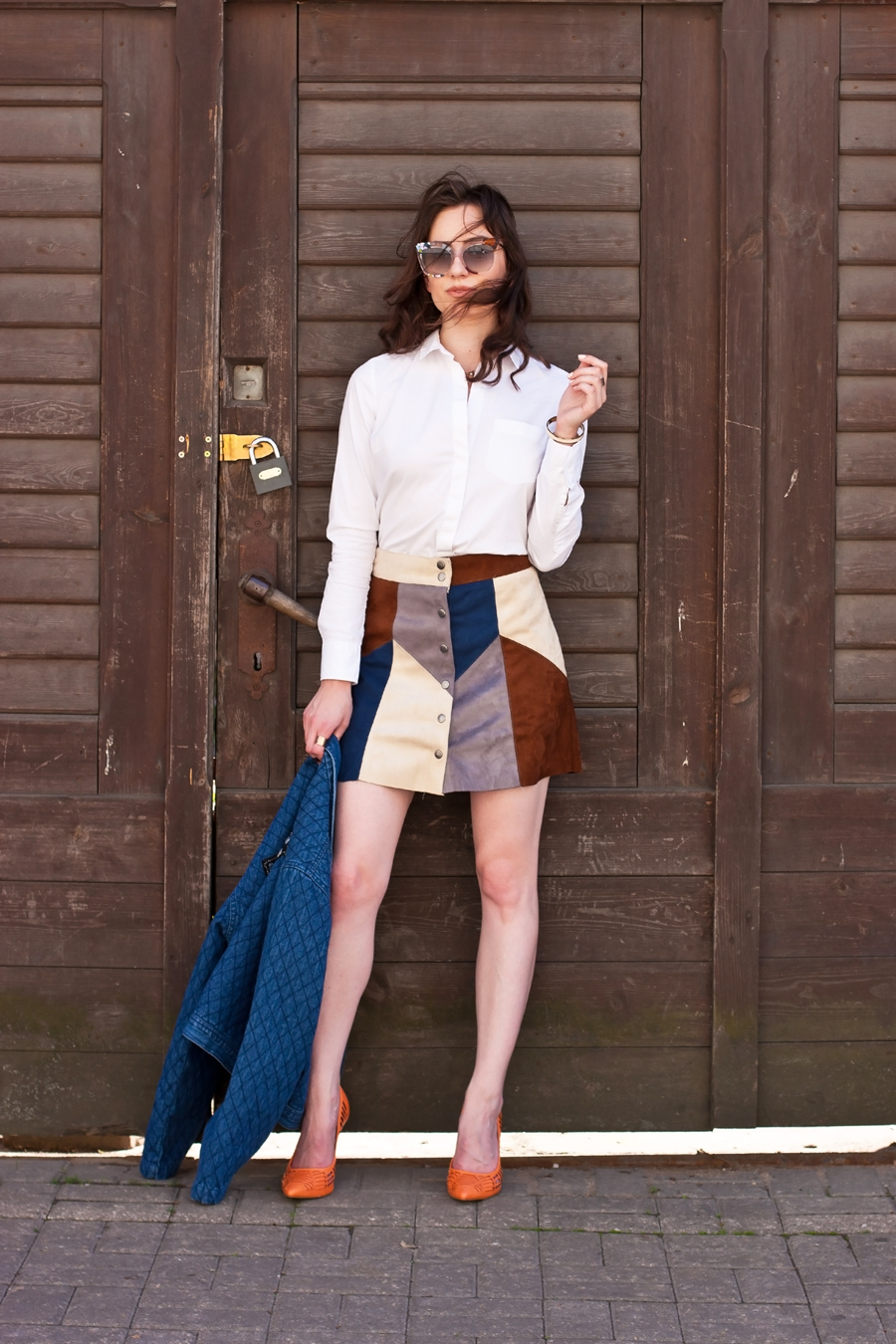 It feels like ages since I myself abandoned padded bras and went for bralette options but those straps still made me feel too uncomfortable… so whenever a top or blouse allows it I ditch a certain piece of female’s arsenal. Just the way I did in pretty much most looks over the past 2-3 months. Just the way I did in this very visual story. Now could you even notice such a significant detail missing? I bet no. Well, apart from going… mmm… ‘revolutionary’ daring I also decided to for a cliche we discussed not long ago – bag and shoes partnership. And here it steps up in terms of color, of course. What could I say to a pair of fruit-y Kazar heels when I realized it can make a perfect match to my good old Candy piece? Sure, only a tough ”YES”. 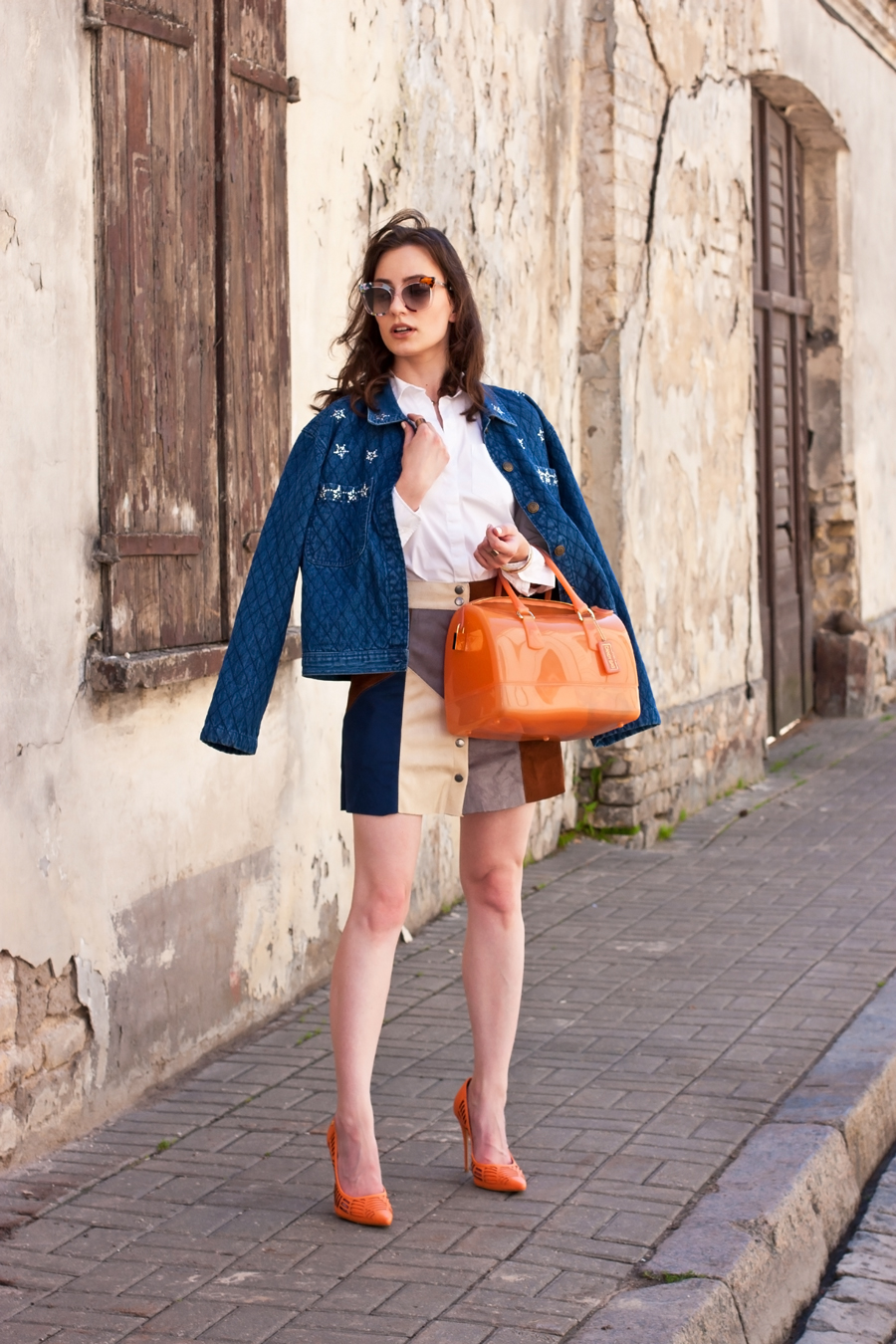