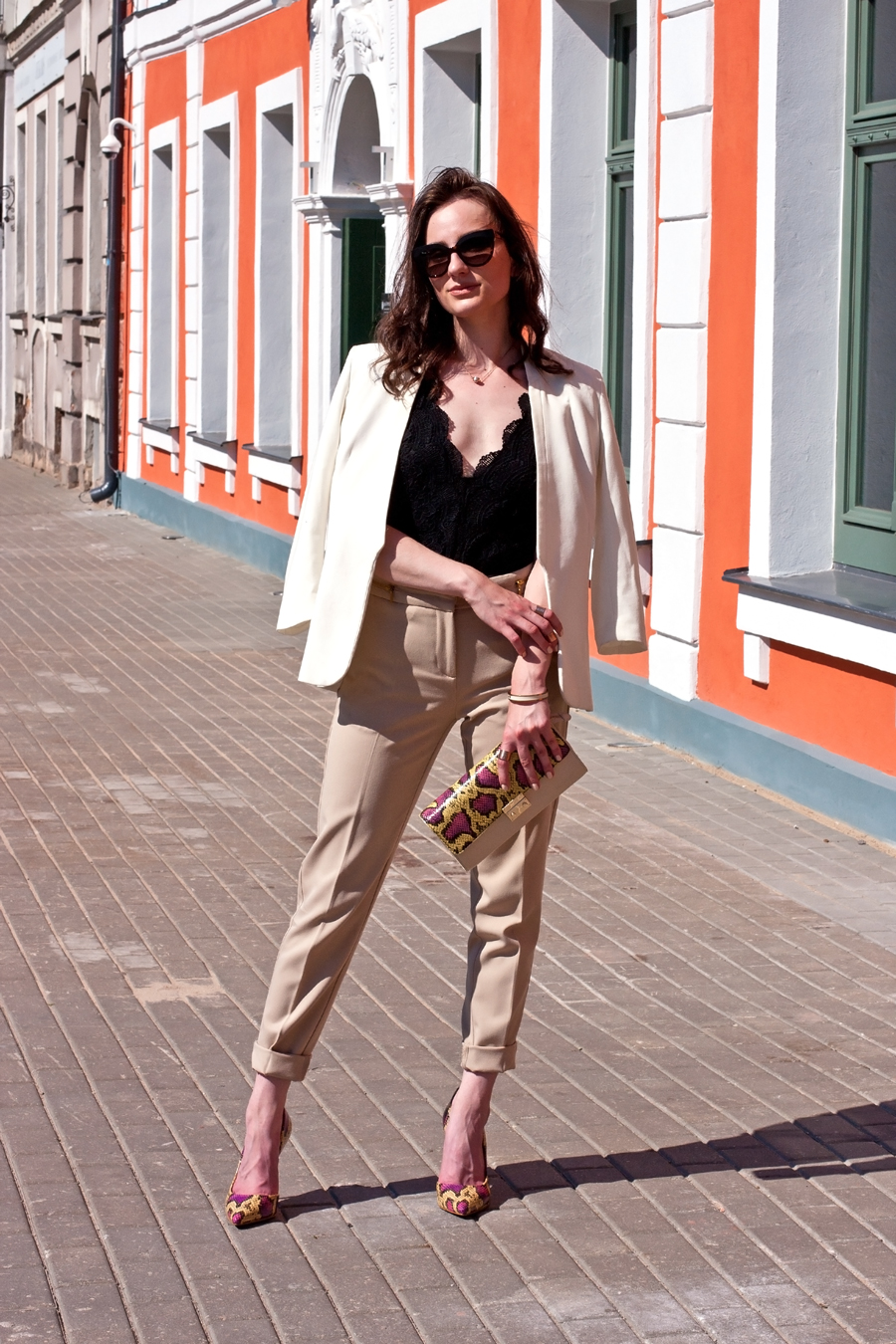 When in doubt coordinate the details.
They say pairing a bag with shoes is a sort of a cliche these days. And by pairing here they mean going for similar stuff, primarily in terms of color, pattern and so on. Such an outdated approach, right? Meanwhile, I do believe all fashion rules are there to be broken. Especially the ones that are imposed by stylists and fashion advisers. I mean, one day they say a bag – shoes partnership is cool, the other day – it’s a sort of a yesterday trick only our grandparents used to pull. And you keep following these advices, sometimes too blindly. 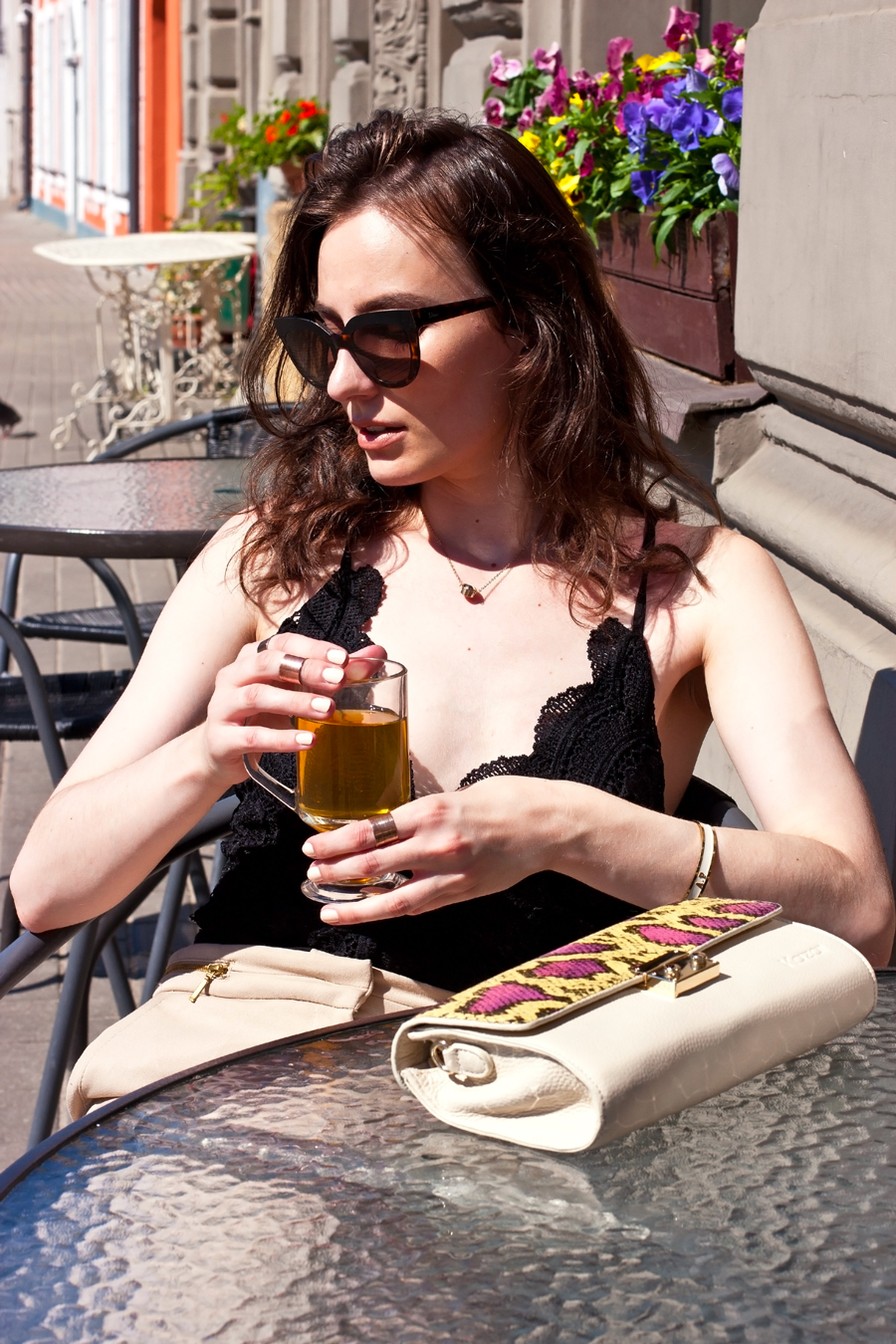 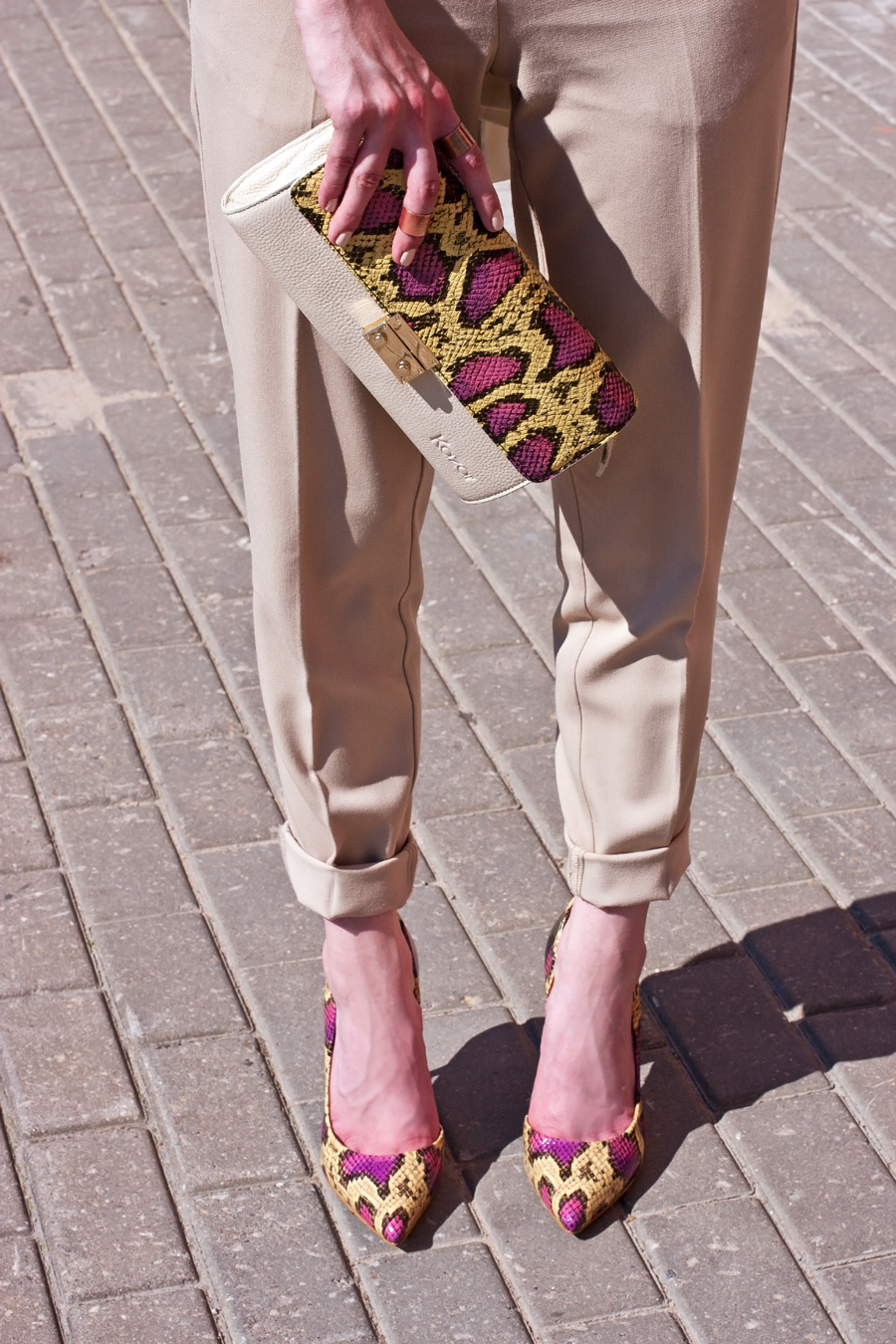 I’m trying to say that each of us is different, not only in terms of a body shape, skin-hair-eyes-whatever else color but also in terms of state of minds, preferences and much more. And following a certain fashion rule simply because it’s how someone wants to see a society in general, or a certain group of people, is somehow illogical as to me, also considering there are people in this modern society that aim to stand out. Especially since the fact even Anna Wintour acknowledged we are entering the era of individualism that’s going to vanish the trend thing away. Putting a long story short, I personally have nothing against bag – shoes partnership since it perfectly fits an overall outfit picture. And, of course, looks just too good on its own. 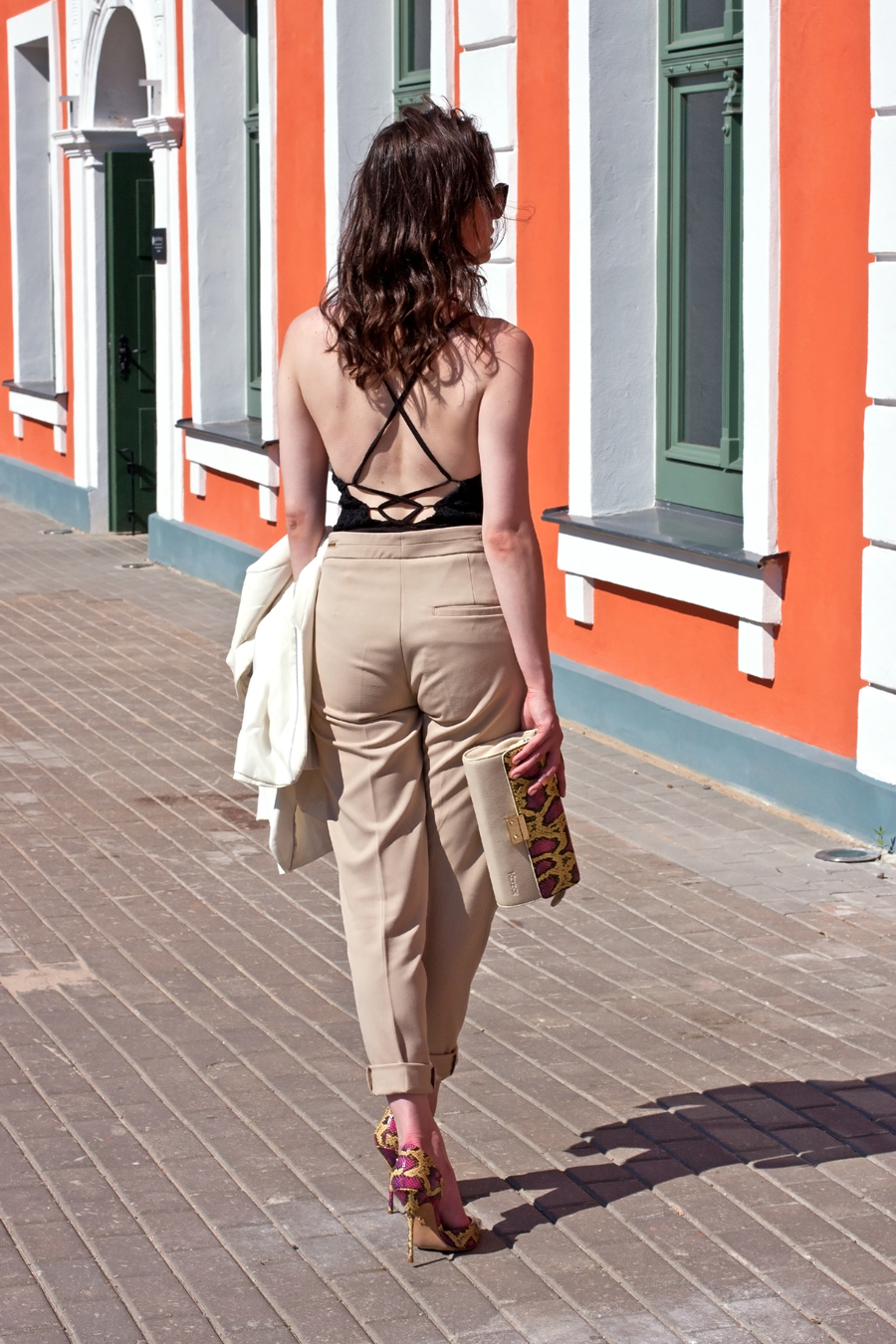 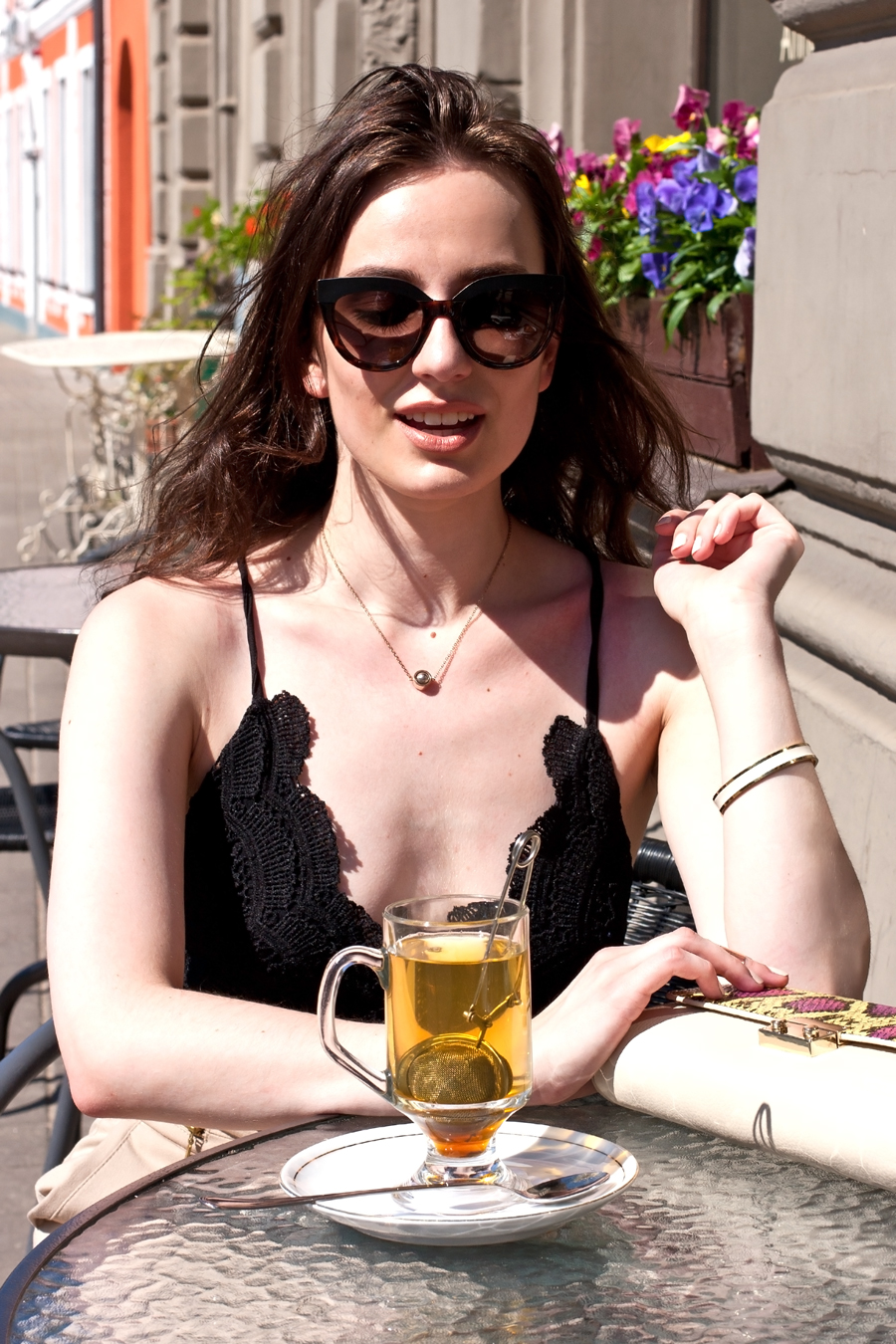 By the way such a perfect pair was found by me within Kazar‘s range. A Polish footwear and accessories brand that I had a chance to discover thanks to Polhem PR Latvia team. What did I find so alluring about Kazar? I guess it’s this combination of classical shapes and modern, fashionable designs encrypted in every pair of shoes. In case with this snakeskin-ed couple it’s the pattern and color mix that got me going. What could be better than classic pants and blazer in light neutrals to accompany such an animalistic couple? Right, a pretty seductive body piece. Summer hunting in the streets of a little Eastern European city ready, huh? 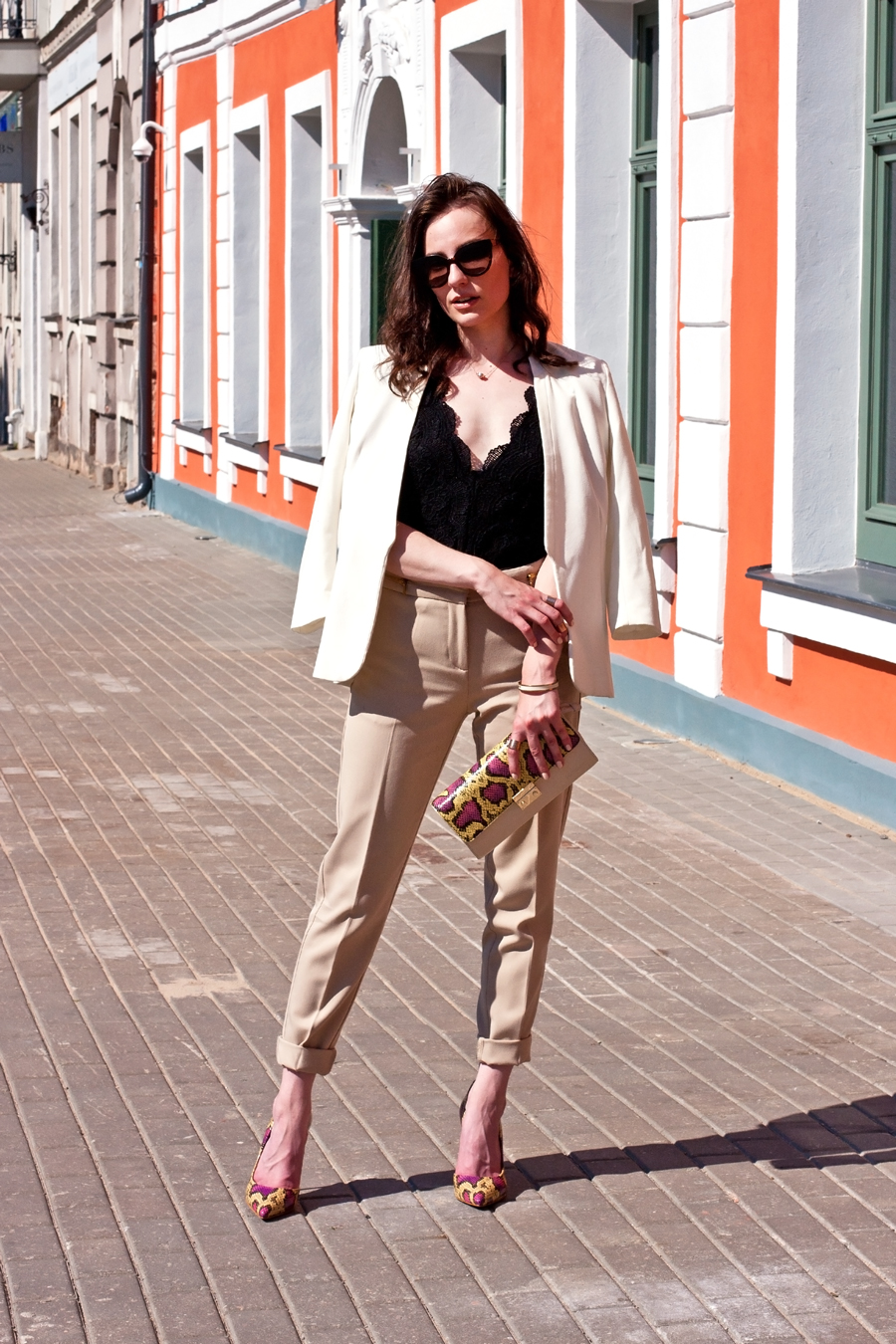