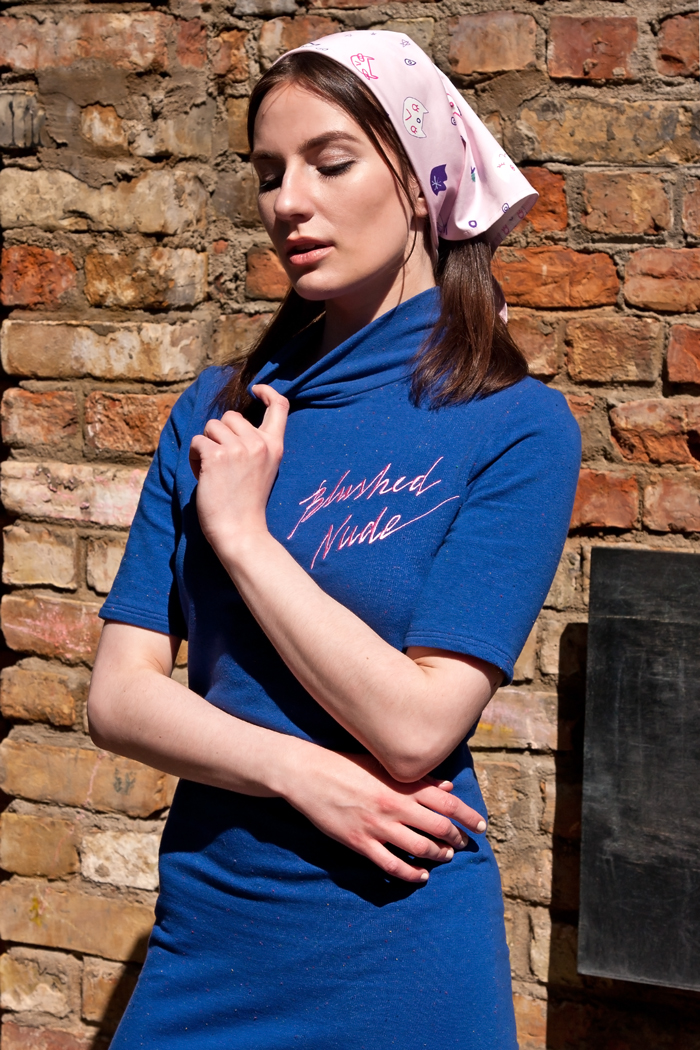 Power blue and sweet pinks.
Was thinking of how my color preferences have changed over these past years. I mean, I clearly remember those days when I was literally obsessed with color pink. Back then I could have like every single clothing piece in different shades of pink – pastel, bright, dark, more statement option. As time goes on we all mature and a certain part, if not all, of our tastes do change. When I was like 14 my wardrobe used to be overfilled with pink yet there was almost nothing in black. It’s completely vise versa now with almost all black everything and some 3-4 pink pieces, the ones I don’t really wear to be honest. 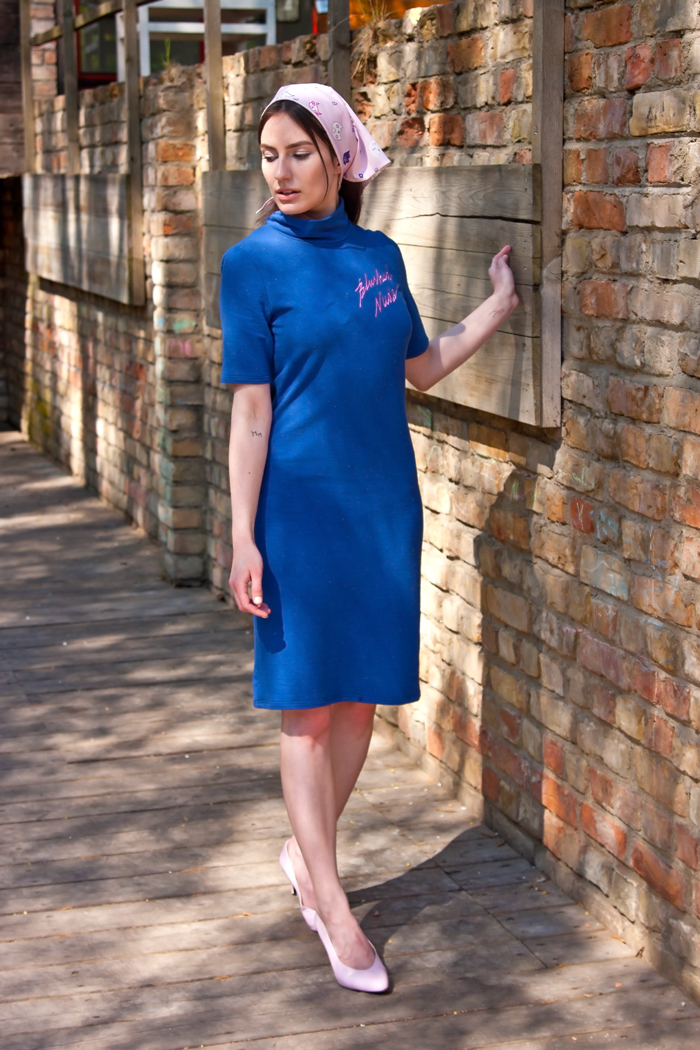 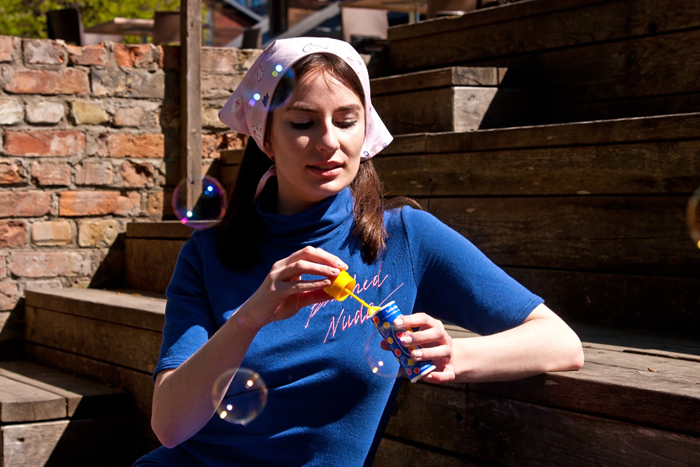 And you know, having gone primarily for more adult-much and less, let’s say, bombastically expressive colors I seem to forget the power of girly-ness by now. But it was QooQoo and Alyona’s latest Cosmic Kitten collection that brought me back to color pink. And its various shades. What about power blue? Putting aside the shade thing, this was (I believe still is) the color I had to learn. Let’s not take the denim stuff into consideration here though. The point is I used to underestimate the calmness of the blueness. And again, as time goes on… Today color blue is one of those I wouldn’t mind adding in my outfits. As they say, rarely but neatly. So when it came to this power blue jersey dress no single doubt attacked my mind. 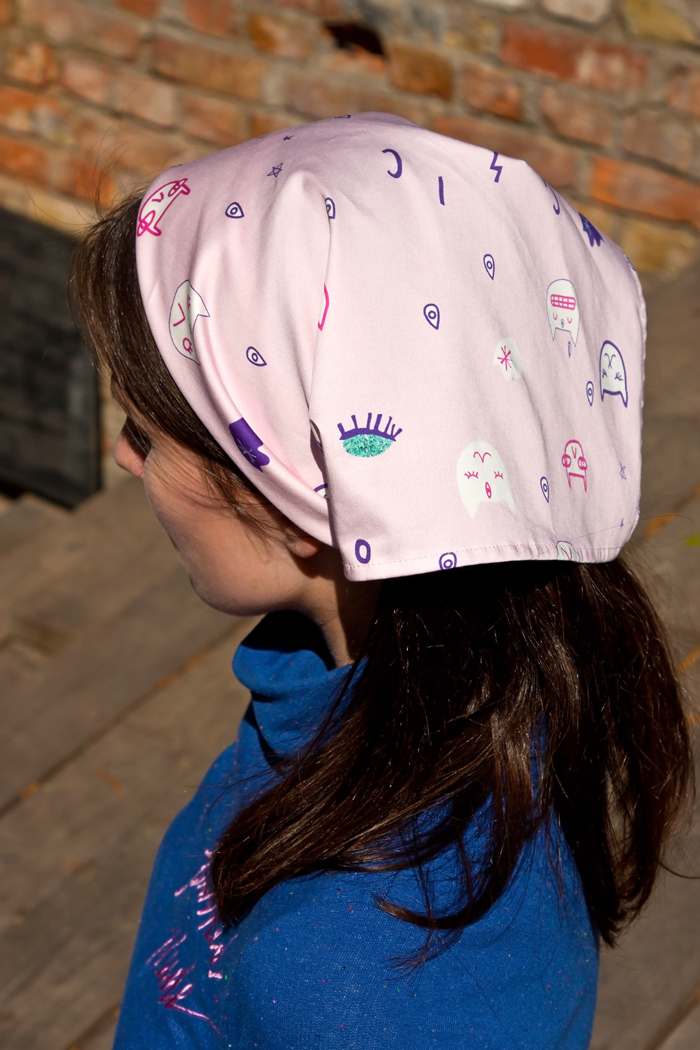 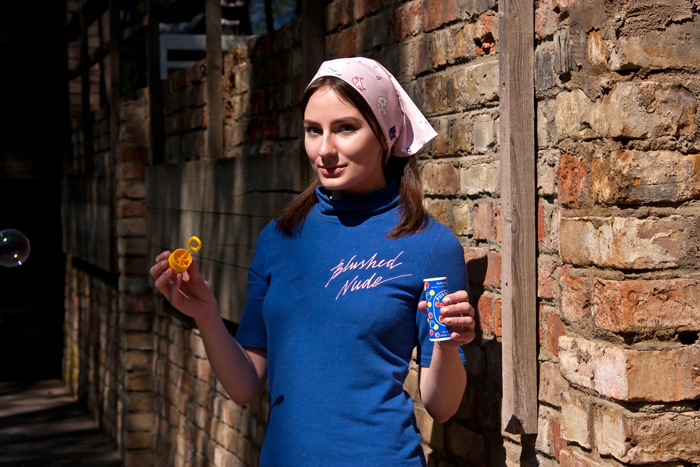 Now how did I come to such a combination. Somehow I had this idea of upcoming Ligo festivities. A day, or better say a night that holds a special meaning for Latvian people. So what’s so common between Ligo and the outfit? No direct bonds attached. I guess it lies primarily in the way I did tie the QooQoo scarf – quite peasant-much. Maybe, the way a person who goes closer to nature would tie it. That’s pretty much how this combination was born – from those peasant girl vibes. A much more modern girl though. And despite the fact there’s no direct bond, I think the combination is more than appropriate for one’s Ligo celebrations. Ditch high heels for sneakers, add zip up hoodie or a lightweight parka and you are Ligo night ready! 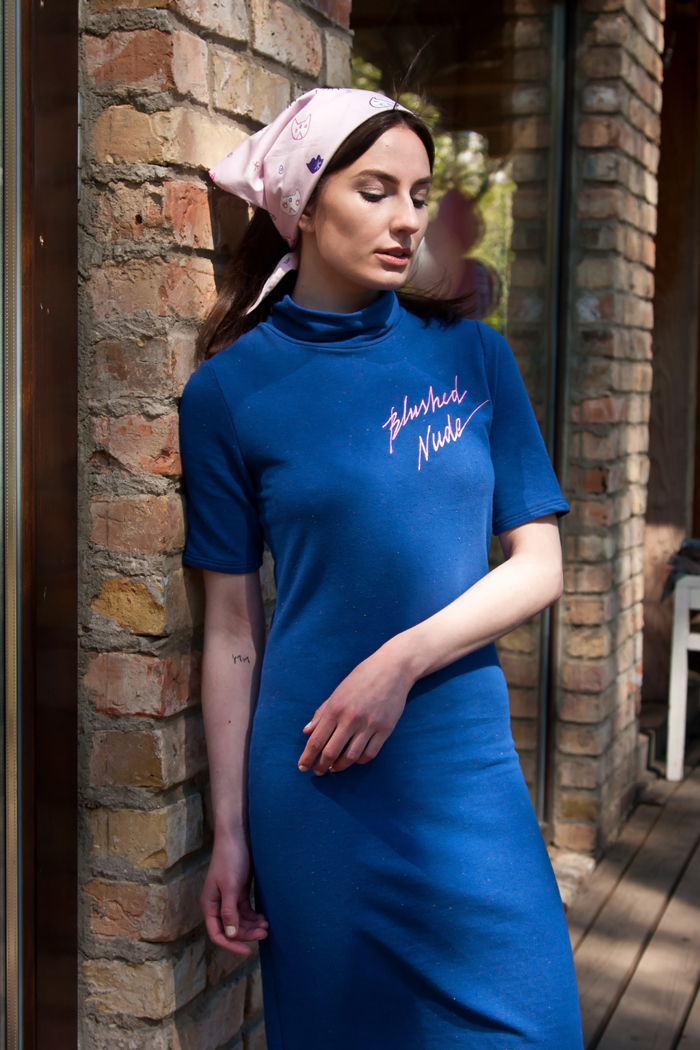