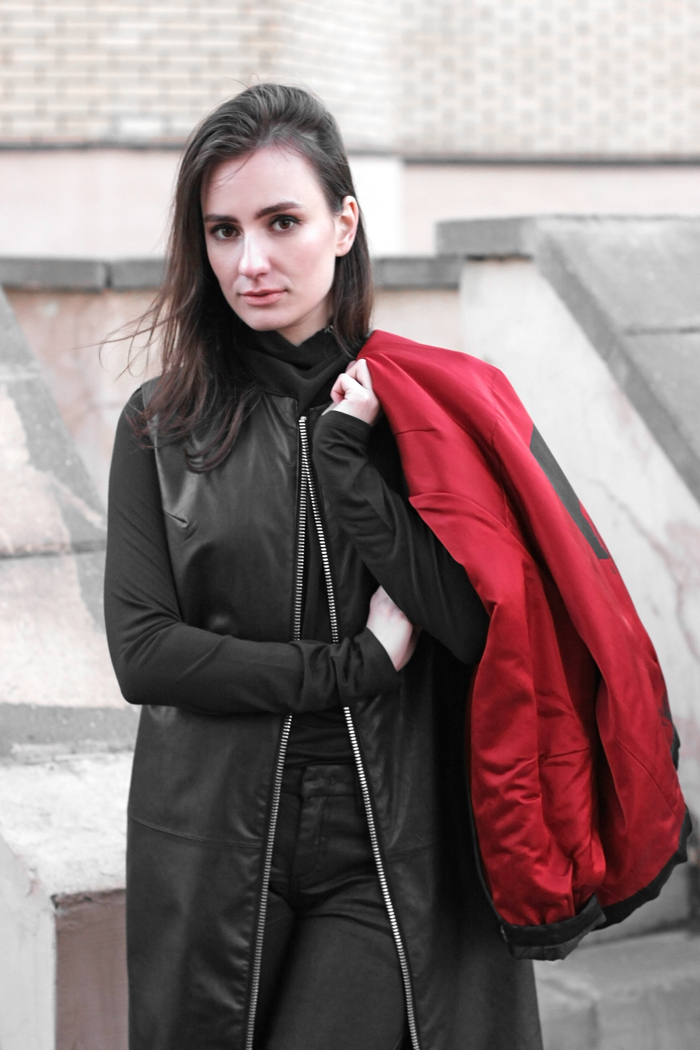 Black and red Seoul’s invasion in Moscow suburbs.
Well, not really suburbs. Yet. But something that seems to be on the way of turning into ruins of the past. If my previous Moscow-based stories created a picture of all that luxurious city with polished scenery in your minds, here is something to make your idea of Russia’s capital more contrasting. If you take a tube and go 20 minutes away from, let’s say, Red Square down to far South, you risk ending up in areas filled with endless number of same-looking apartment houses. A pretty typical architectural approach of Soviet, and unfortunately modern as well, era that leads you to getting lost in such concrete jungle quite fast. 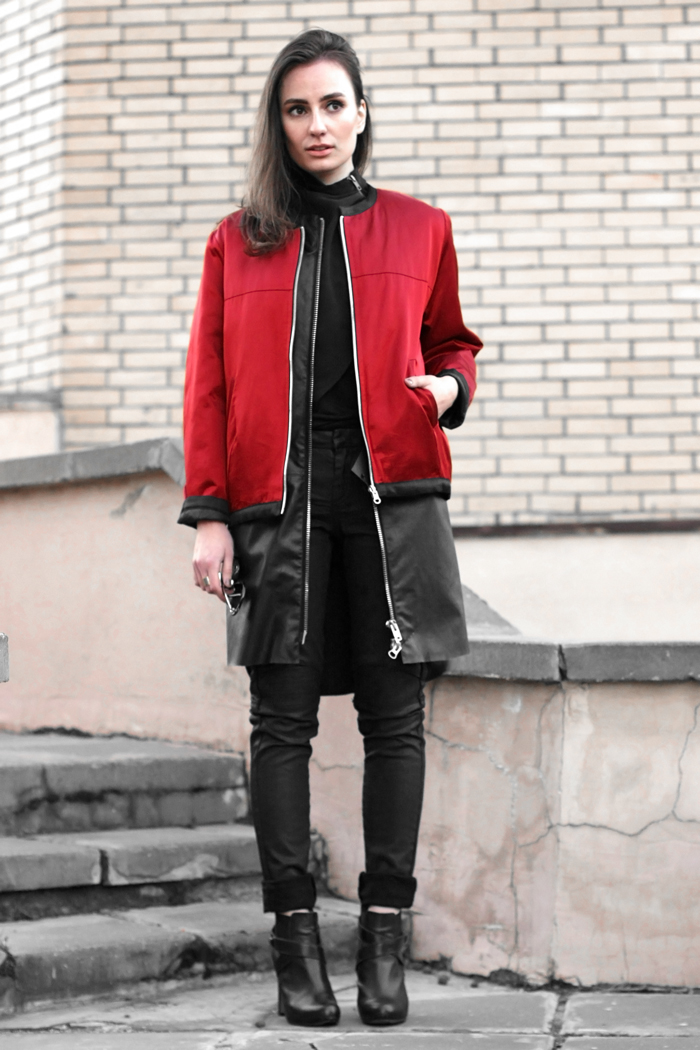 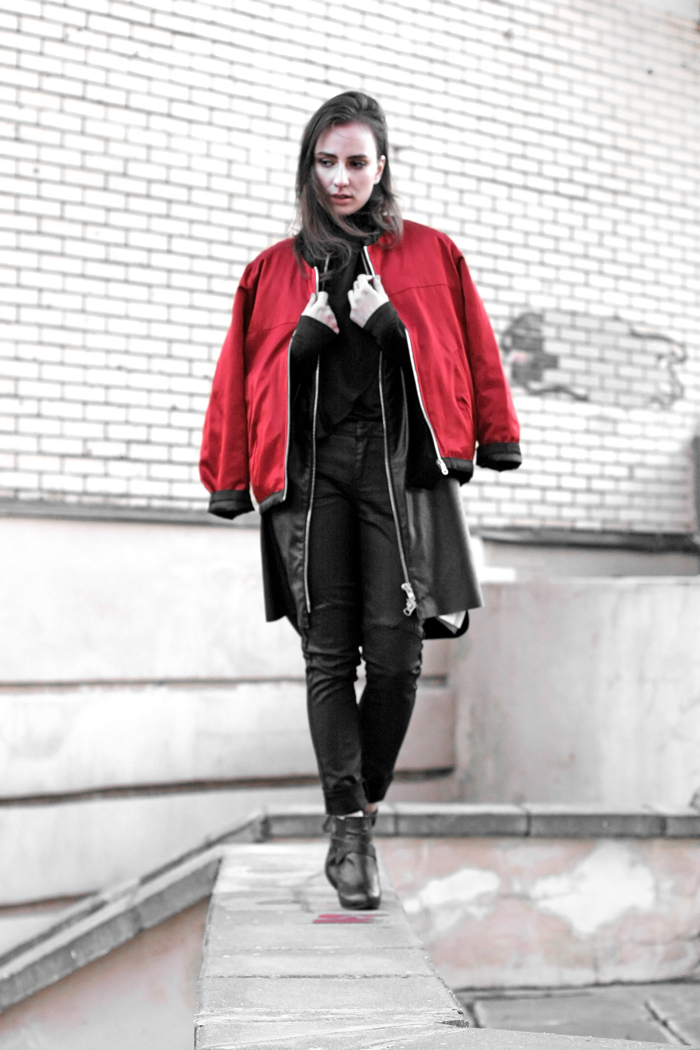 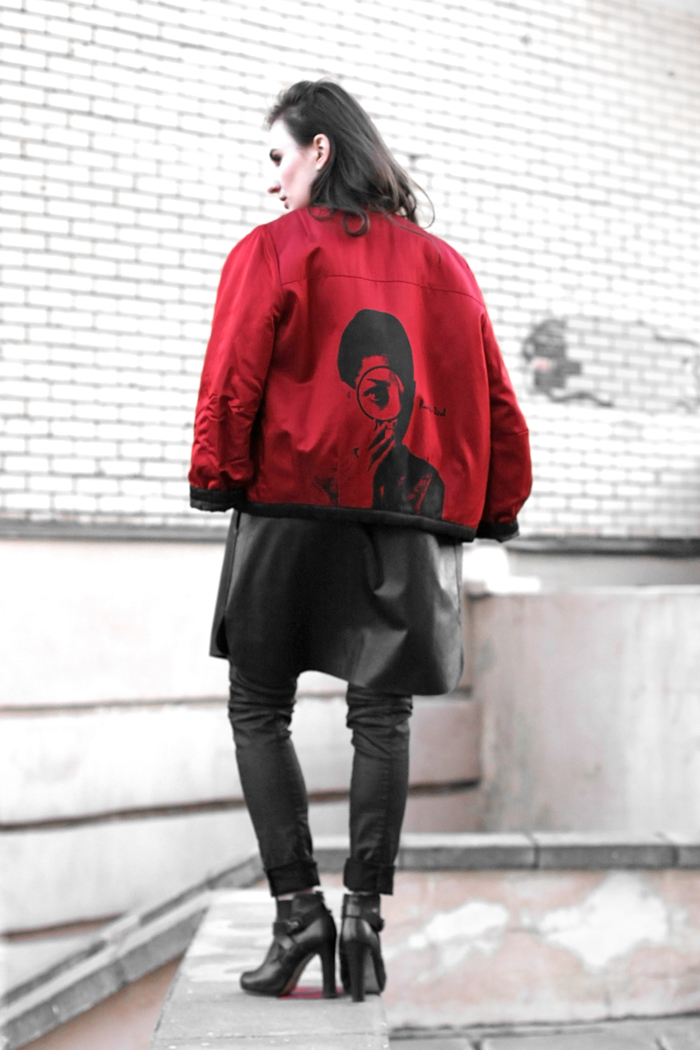 While tourist-much personality is prone to get lost in a concrete jungle of Moscow, there are inhabitants who feel more than comfortable in such habitat. But leaving my young naturalist’s vocabulary aside, there are personalities who grew up in these blocks. And on whose life and sense of style such an atmosphere has a direct impact. For my own self, I described, or named, such individuals as modern Moscow rebels. These kids, mainly of 90’s and late 80’s, grew up in bomber jackets and jeans as it was their uniform that allowed to run around this maze of endless concrete jungle. Those kids had so far turned into grown up individuals who still prefer rebelliousness and 90’s twist and skilfully implement it in daily outfits. These modern Moscow rebels do have a lot in common with Seoul-based label ROOKIE-BUD. 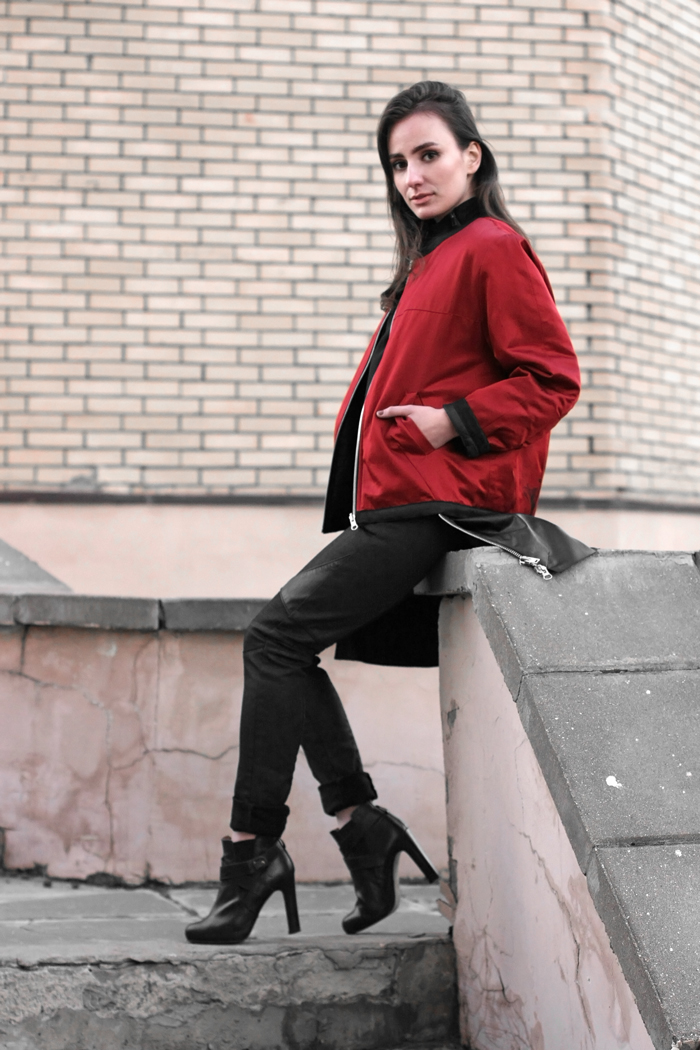 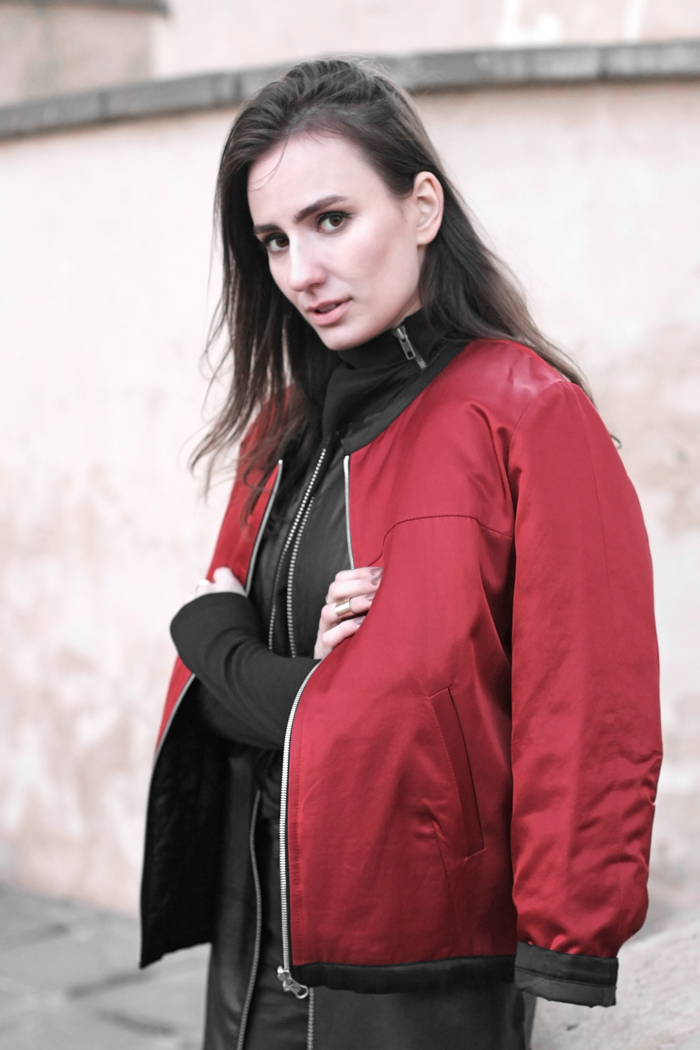 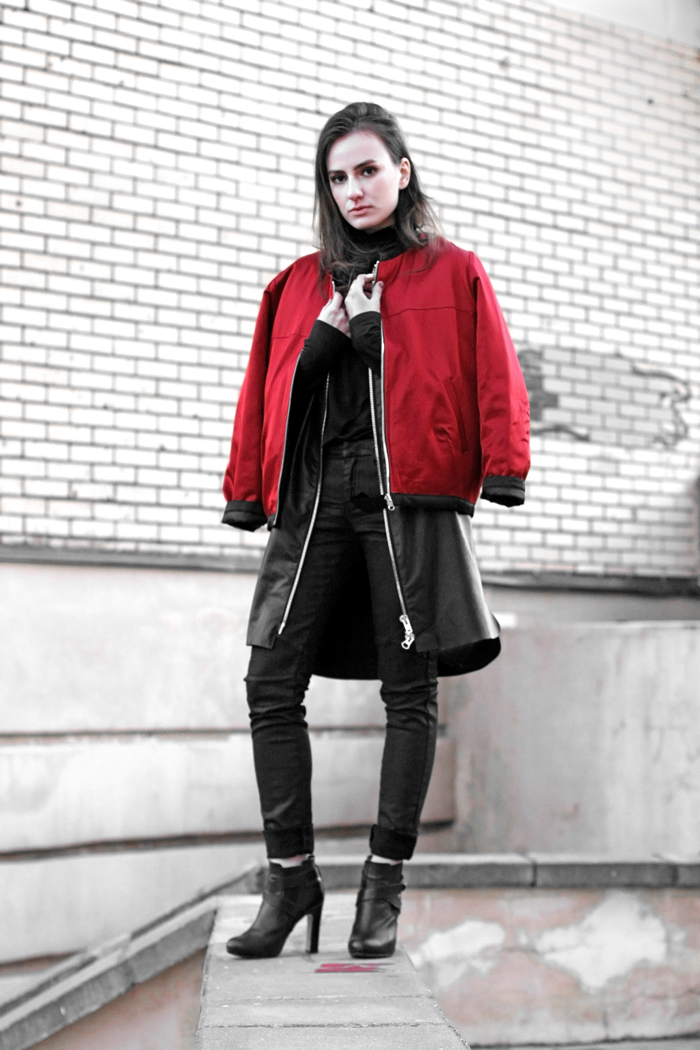 The brand was founded back in 1982 and its concept stands for simplicity, comfort, minimalistic design and quality. ROOKIE-BUD‘s basic pieces will perfectly suit every wardrobe of a rebellious-hearted fashionista. Moreover, a total ‘made in Korea’ look is no way a faux pas. If you go for total multi layering ROOKIE-BUD outfit, you got all chances to enter the world of Moscow rebels without even being the one. Just like in my case. Having come across the Seoul brand at REBUS concept store I couldn’t escape but release that rebellious side of mine. The one that was living a parallel life somewhere deep inside. So here is the second reason to REBUS yourself as across Russia ROOKIE-BUD can only be found in my favorite Moscow-based concept store. Yes, REBUS. 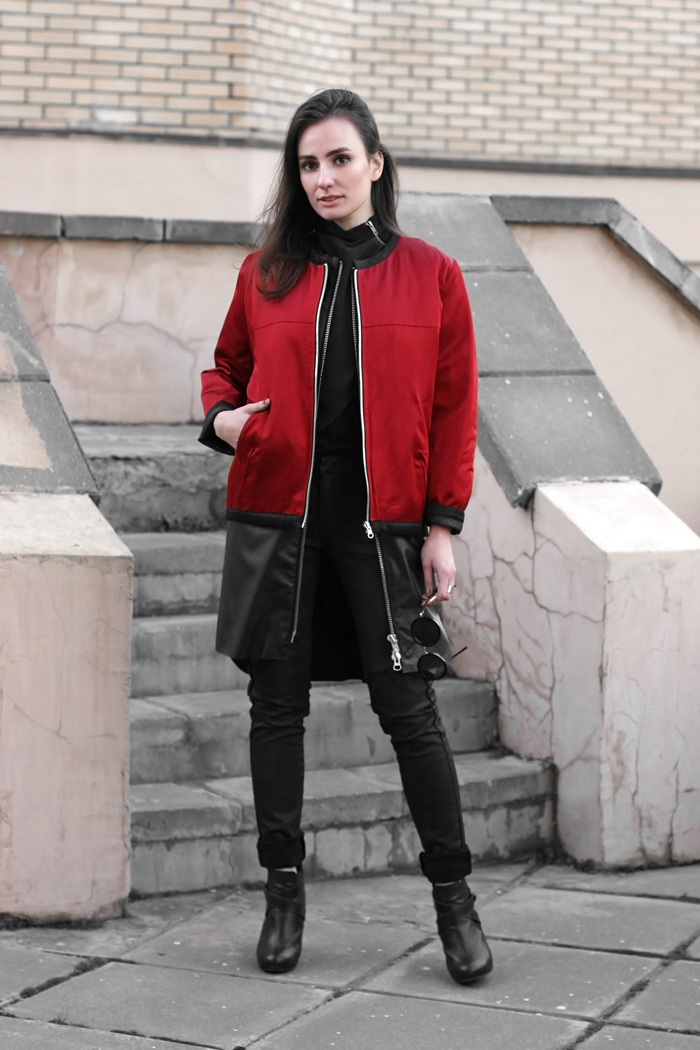