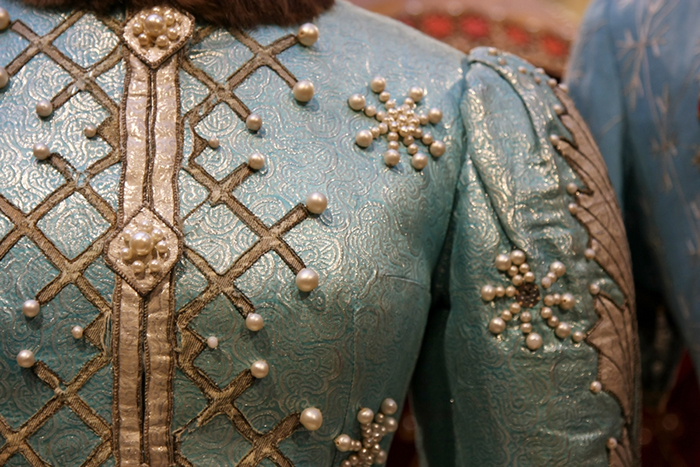 Mass celebrations of Gorky Film Studio 100 years anniversary.
Another gem from my productive Moscow adventure – ‘Old Costume in Movies’ exhibition I had a chance to come across while strolling along charming interiors of GUM shopping center. For those of you, my digital intellectuals, who’ve been following my fashion, and not only, essays for quite decent time now it’s not a secret that exhibitions and subsequent reviews are quite essential part here, on Practical Queen AP. I find exhibitions, especially fashion and costume oriented ones, to be important in personal enrichment process. So be it a newest exhibition of Alexandre Vassiliev or legendary Valentino:Master of Couture or exclusive Festival des Metiers by Hermes, it’s more than likely to pop up on these digital pages. 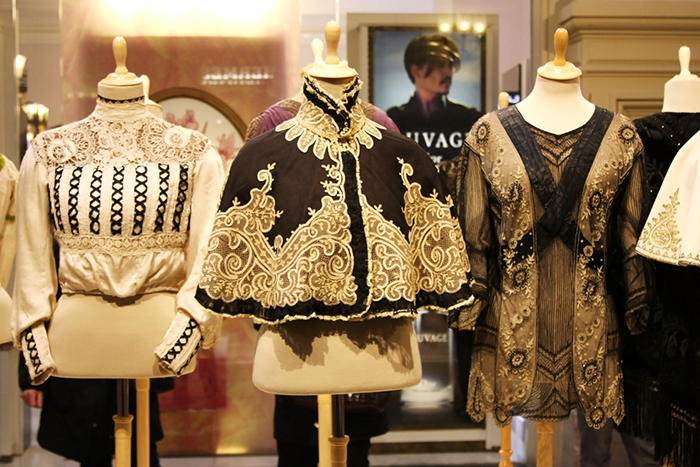 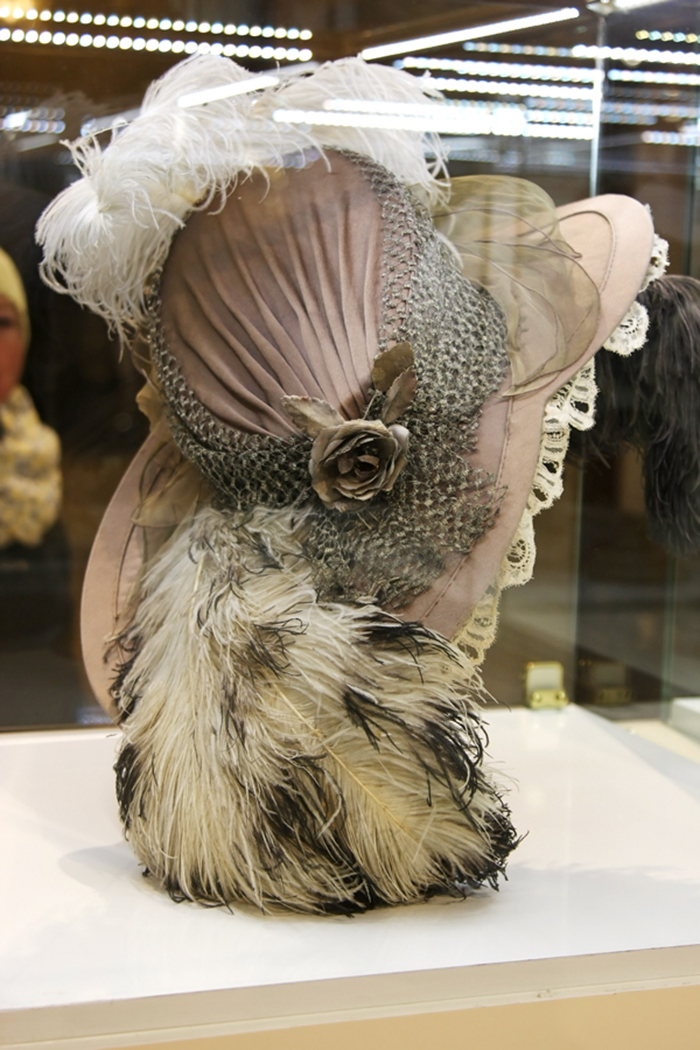 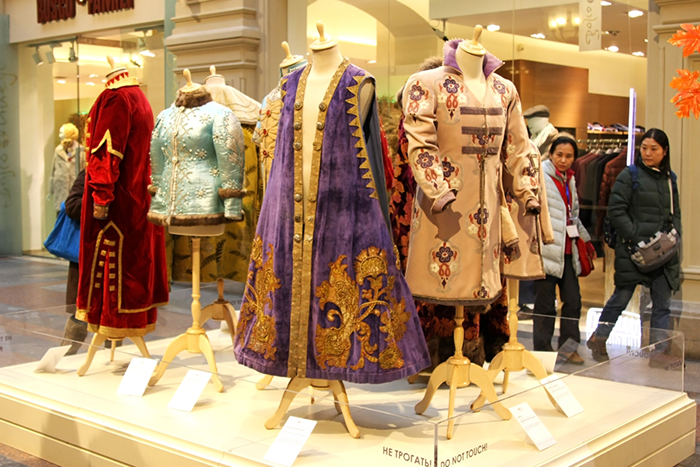 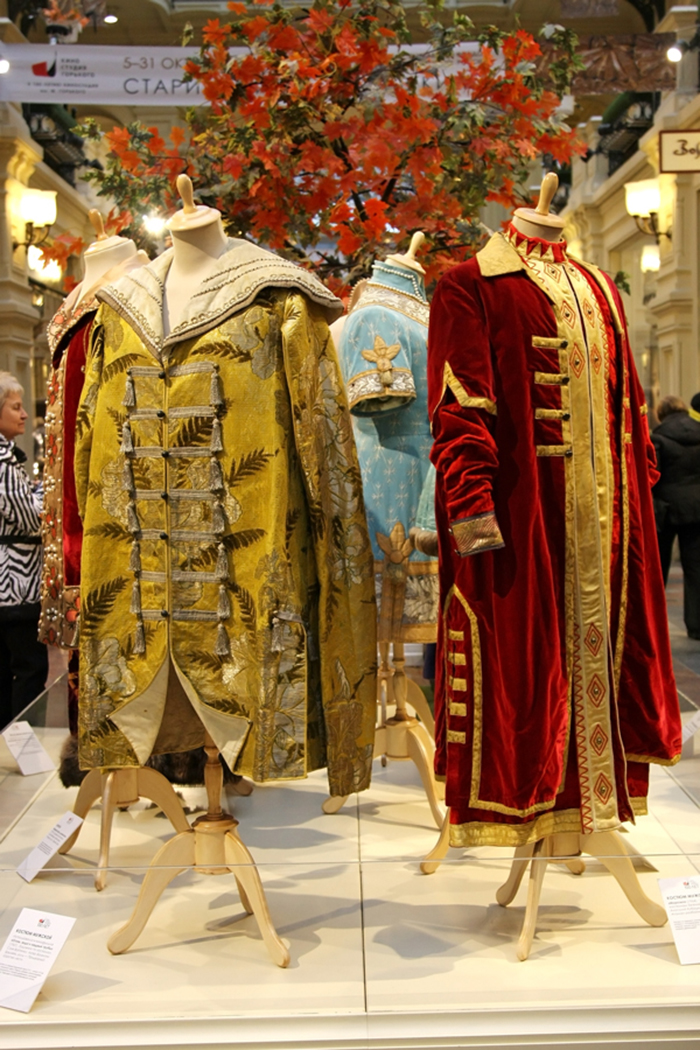 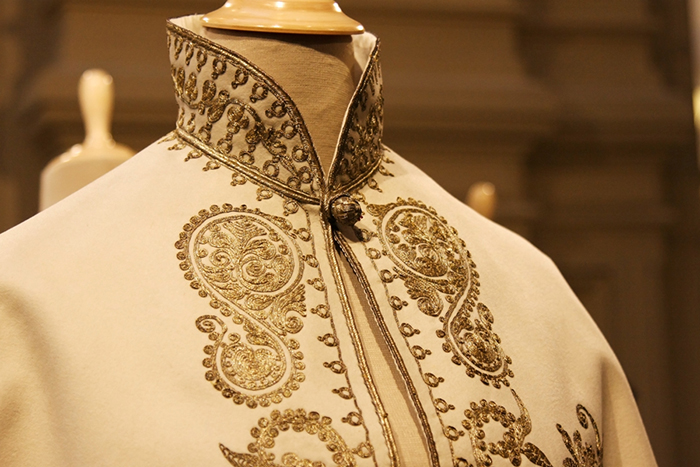 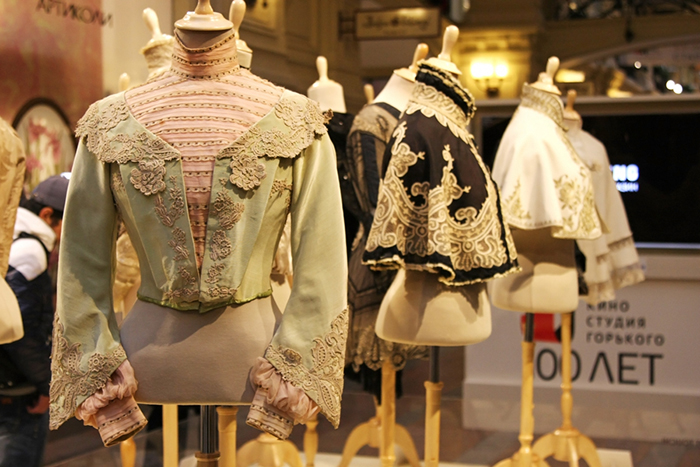 Meanwhile, new edition is on the list now. Throughout October every single GUM visitor had an exclusive chance to see best costumes and accessories from Gorky Film Studio own collection. Can’t escape but mention that the exhibition was dedicated to a huge anniversary of the film studio – 100 years. So far so good the studio owns around 8000 costumes out of which only one hundredth reached mass audience. Here one could find costumes all of us saw, I mean those who are familiar with Soviet and Russian cinema, in good old movies like Morozko, Peter the Great and the rest. An interesting fact is, not all costumes were specially designed for a certain movie. While some specially designed works brought an artist Eleonora Maklakova an EMMY award, some garments are really authentic, antique pieces that the studio ‘inherited’ from nation. 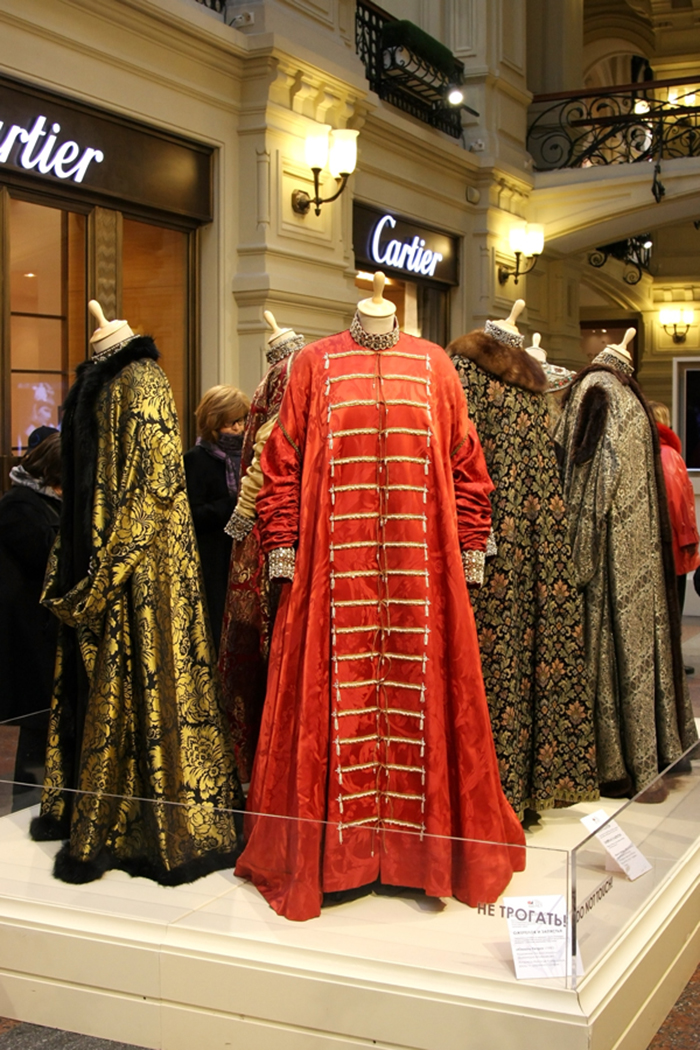 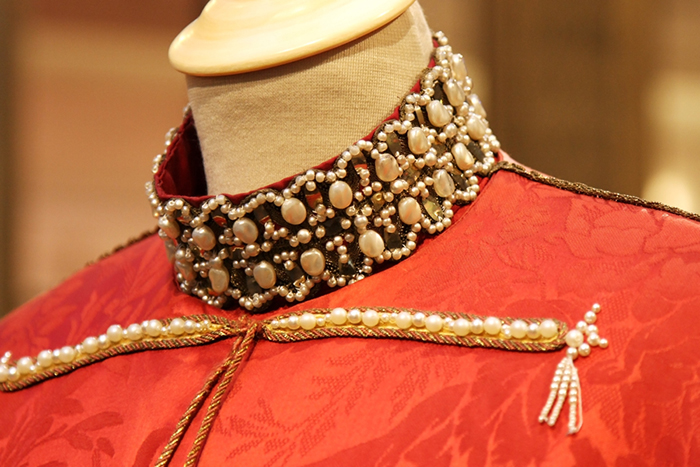 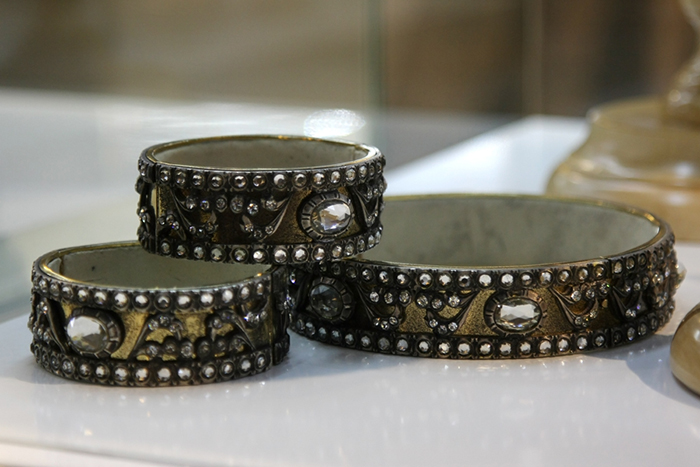 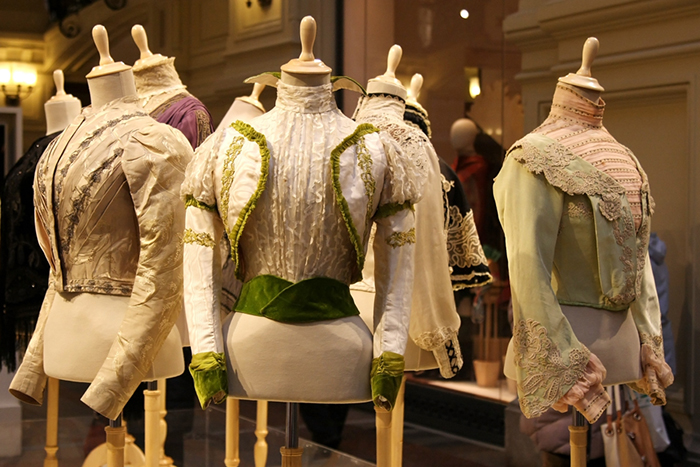 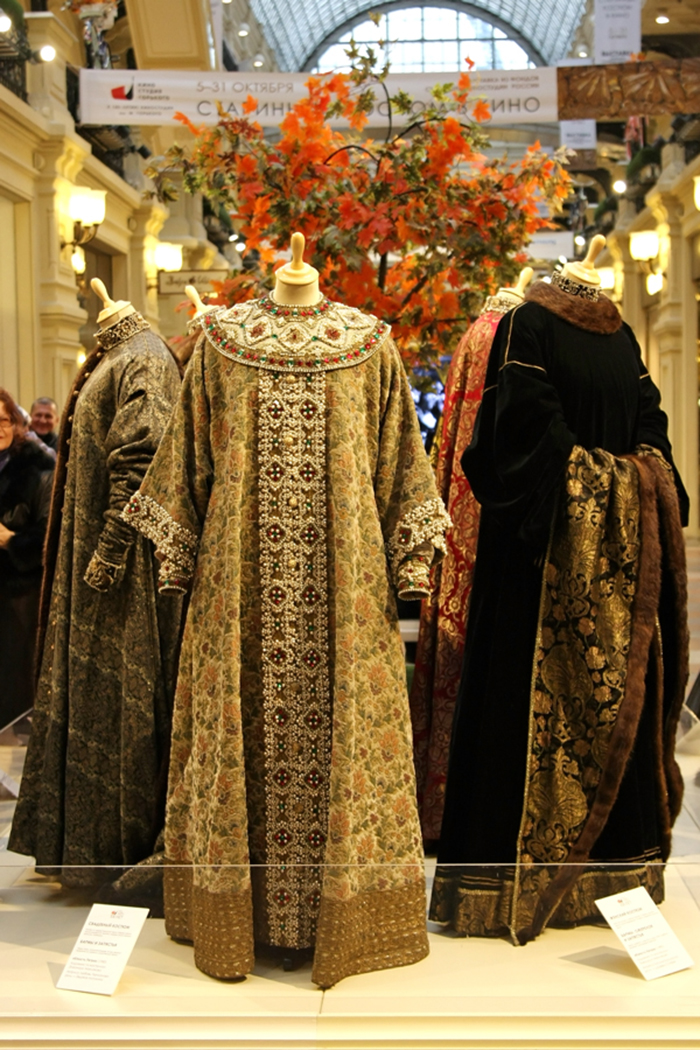 I believe it’ll be fair to state that the exhibition demonstrates craftsmanship of Russian artists. Be it an authentic costume that dates back to the beginning of the 20th century or be it a specially designed piece from 1980’s, it all still evokes delight in ones heart. I personally adore all things connected to folk craftsmanship , folk costumes and my eyes did find several alluring pieces, including accessories, that would perfectly fit into my wardrobe. But being honest and serious, such a… let’s call it democratisation of art, both fashion, cinema and so on, when every single GUM’s passer-by can stop and plunge into history even for a moment is more than a positive sign. And while GUM keeps bringing art closer to people, it’s about time to congratulate Gorky Film Studio on such a huge birthday. Cheers to another 100 years? 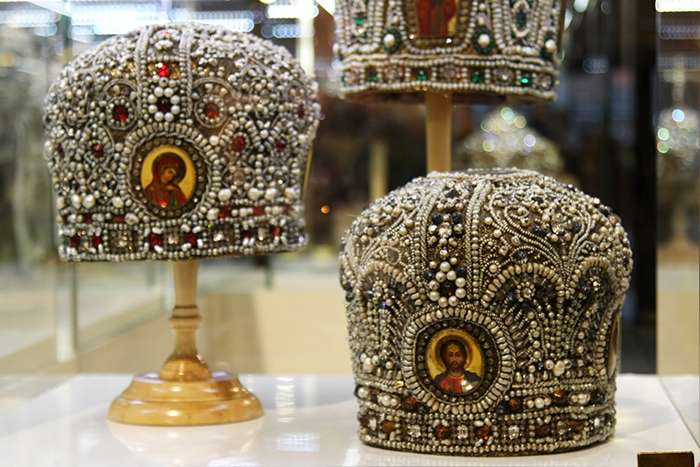