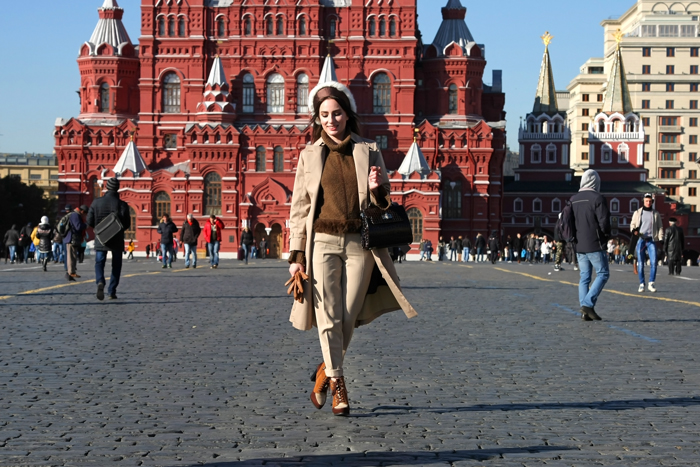 From Red Square with Russian vibes.
Third Rome. The city that was greeting me with lots of sunshine and sending its farewell on the day of my departure with a big does of gloominess and rain. They say, Moscow doesn’t believe in tears… but how can one describe such contradictory changes that did coincide with me arriving ad leaving the city? Well, at least I want to believe that the two have this direct relation. We have already cleared out that primary reason for a little yet productive and unforgettable Moscow trip was Mercedes-Benz Fashion Week Russia. So far we’d also looked at some interesting and definitely memorable collections that were presented in terms of the Fashion Week. Now it’s high time to share each of my five looks and thoughts I had behind them. 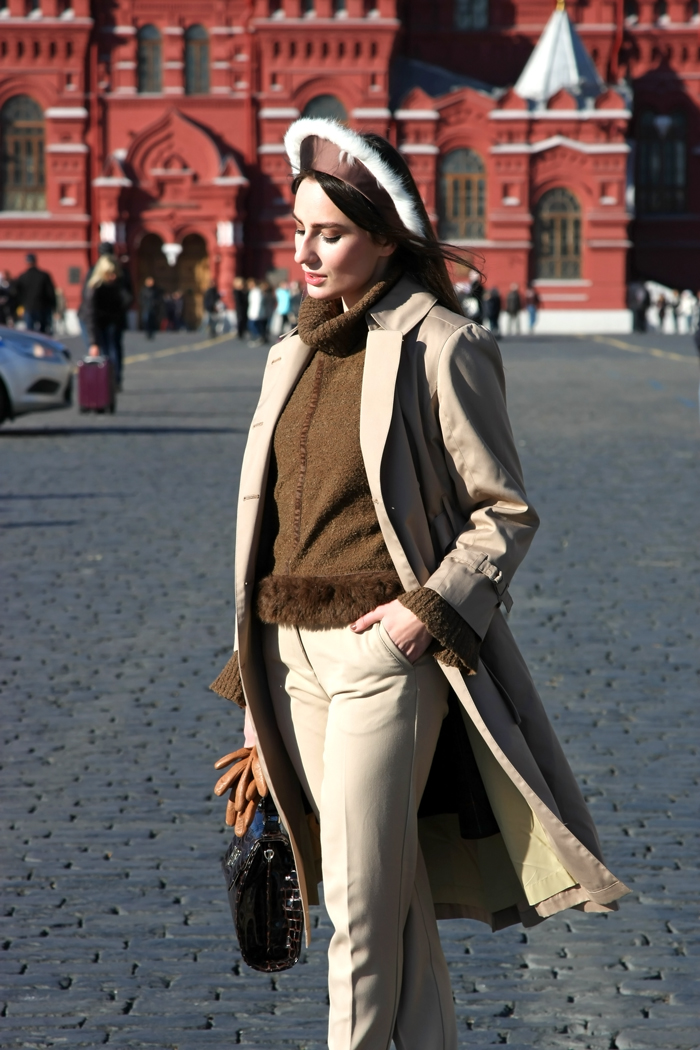 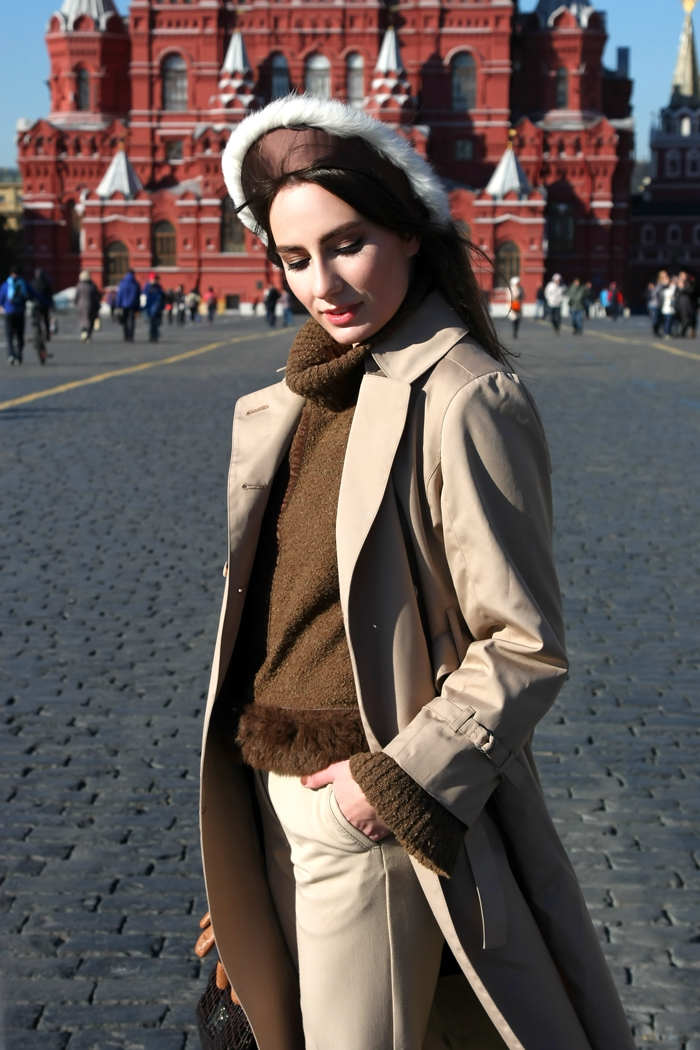 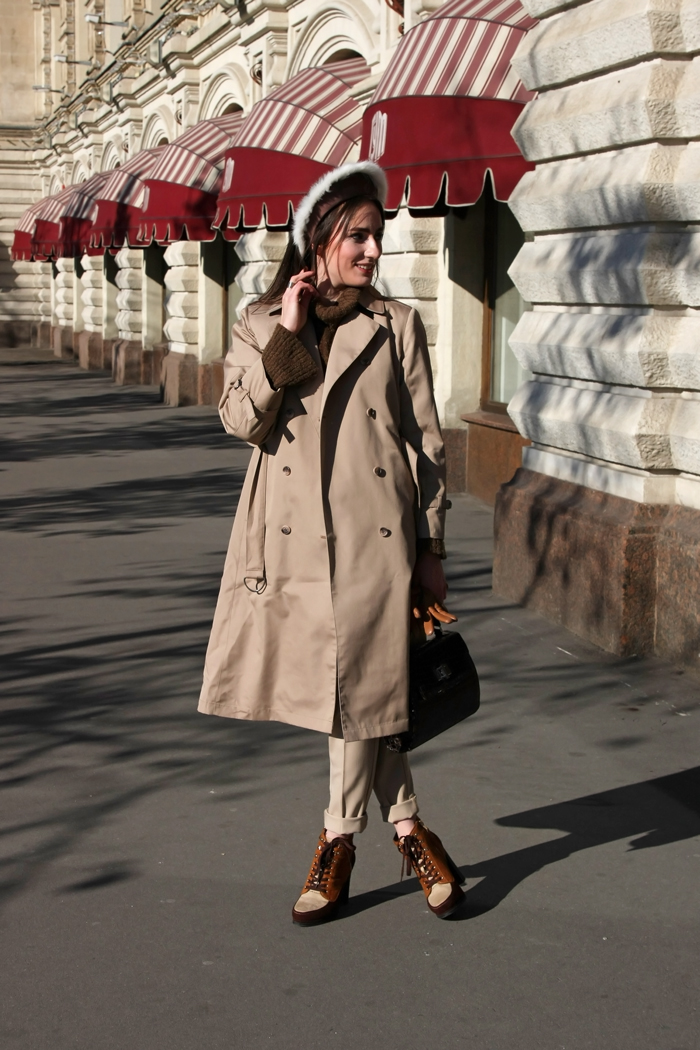 Digital minds, have you seen the march dedicated to the military parade of November 7 1941 that took place around the Red Square this past weekend? I couldn’t miss it, I mean the live broadcast (so far I’m back in Riga). What can I say? It was impressive! The reason I couldn’t allow myself to miss it is pretty simple. Back in those late October days I spent quite some time around Red Square as the Fashion Week took place at the Manege, right next to Moscow Kremlin. Could I escape shooting, at least, one of my Fashion Week outfits right at the heart of Moscow? No. So, yes, watching the parade on that early Saturday morning I experienced such a sweet feeling deep inside as I myself saw the Kremlin, St. Basil’s cathedral, State Historical Museum and GUM department store. The last two also happen to be a part of today’s visual story. 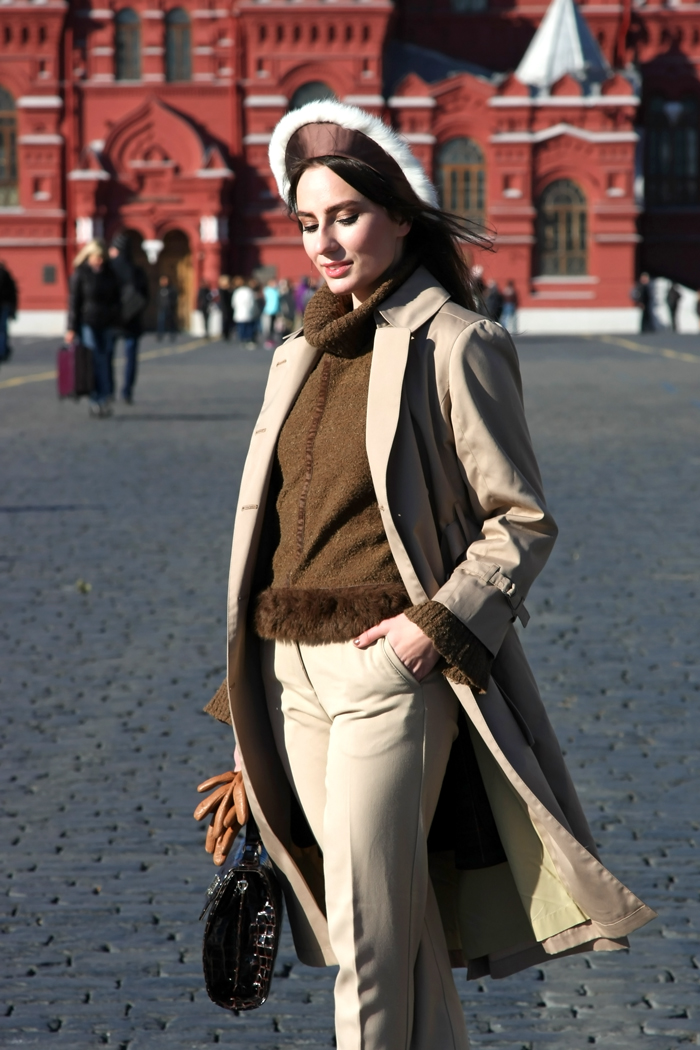 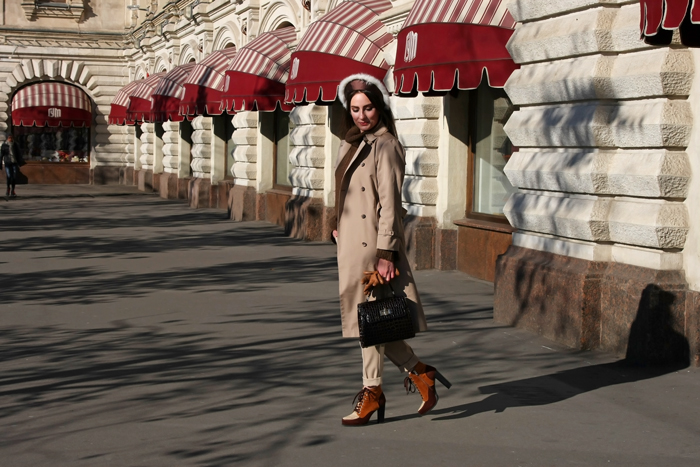 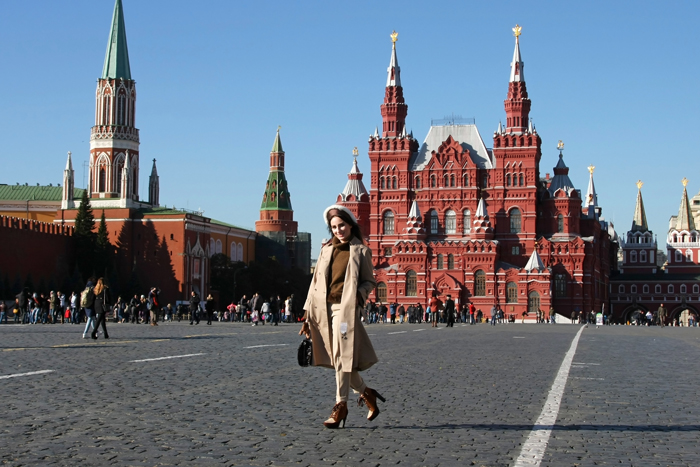 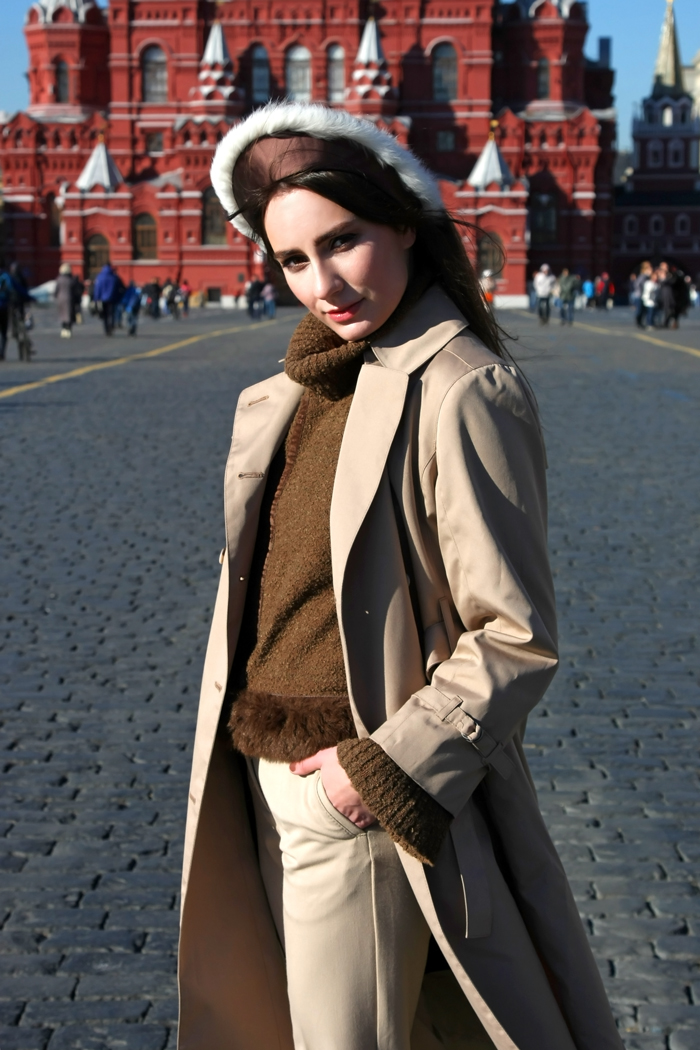 Speaking of my first MBFWR outfit, it’s more than clear my intention was to bring some Russian vibes with purely #madeinLatvia kokoshnik-crown designed by Veretteno, namely Vika and Karina. I sincerely think such a casual and modernized piece with Russian soul inside can find its perfect place in wardrobes of both Moscow and Russia based fashionistas. So my little #madeinLatvia fashion invasion started with satin’n’fur Veretteno crown that ideally matched this laid back outfit combination in neutrally beige and brown shades. The Snow Queen, that’s how I was characterized by several talkative and generous for compliments passers-by, seemed to conquer the city that never sleeps… 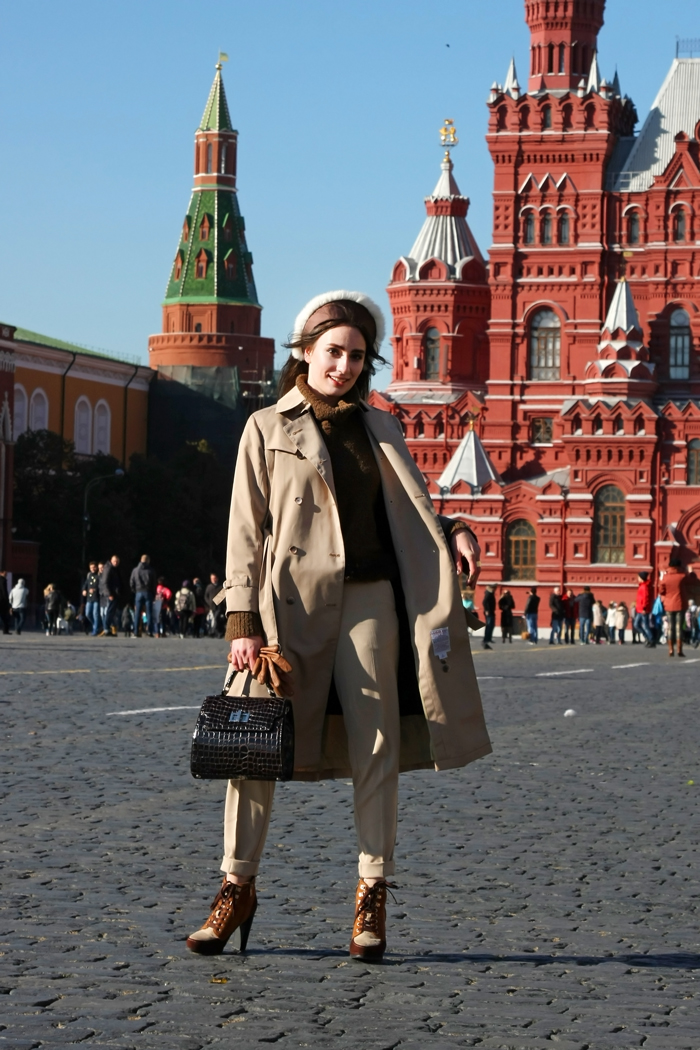