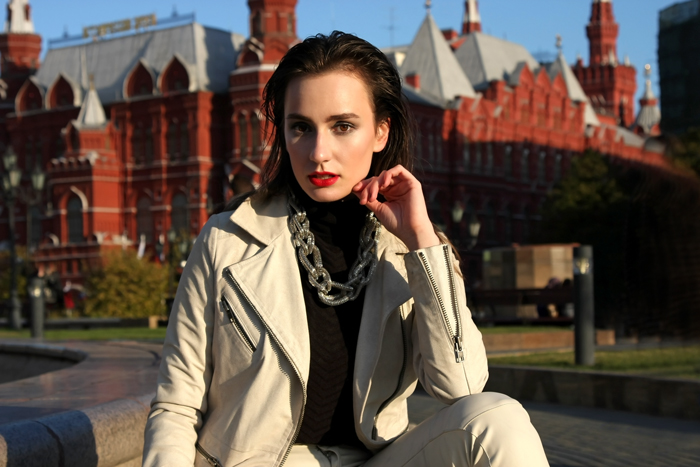 Black and white minimalism of Moscow.
The feeling of comfort is what all of us do seek at certain periods. Especially when it comes to being on the go throughout a day, Fashion Week madness and concrete jungle adventures. Despite the fact I do posses this huge addiction towards heeled shoes, be it court ones, booties, boots, over the knees, sandals and so on, not that long ago I found out that nothing really can compare to a pair of white sneakers. Even if you do have astonishingly comfortable pair of high heels, well I do have a couple, you still understand the difference between feeling at your best in heels and sneakers. 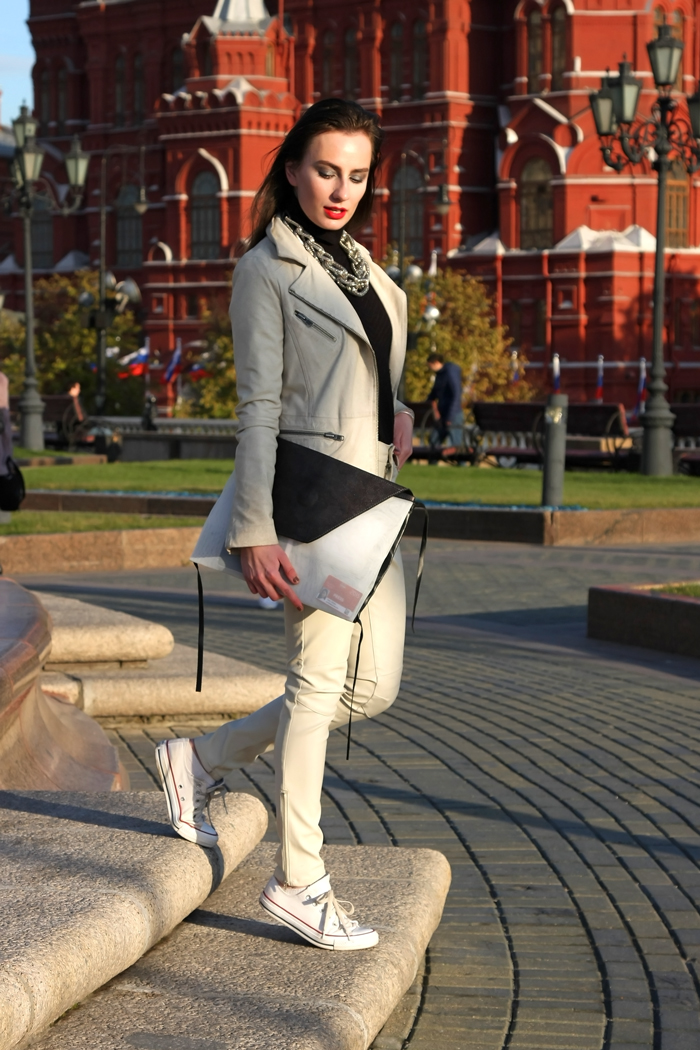 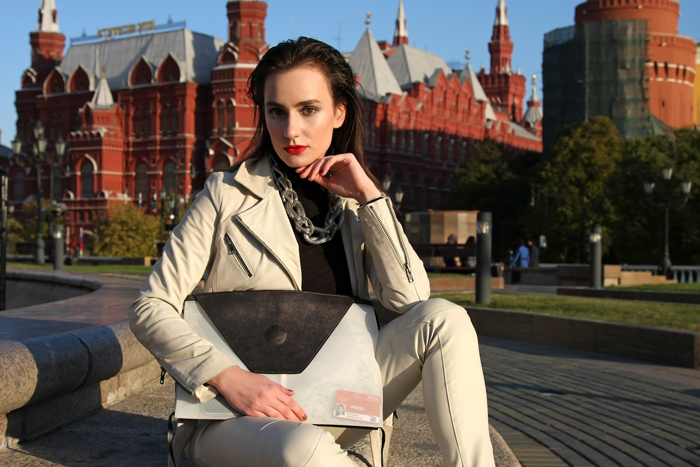 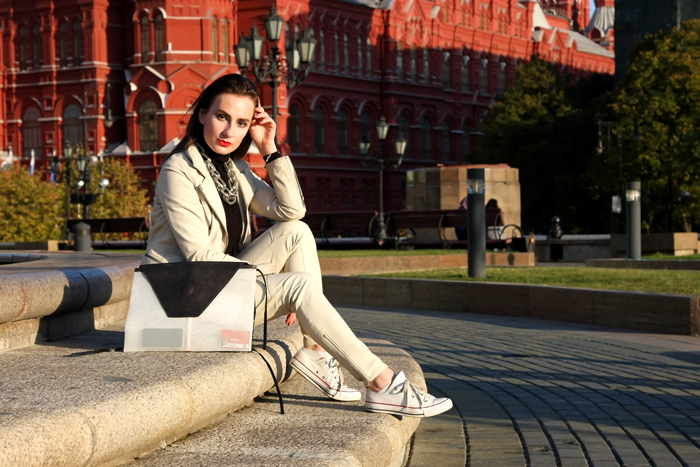 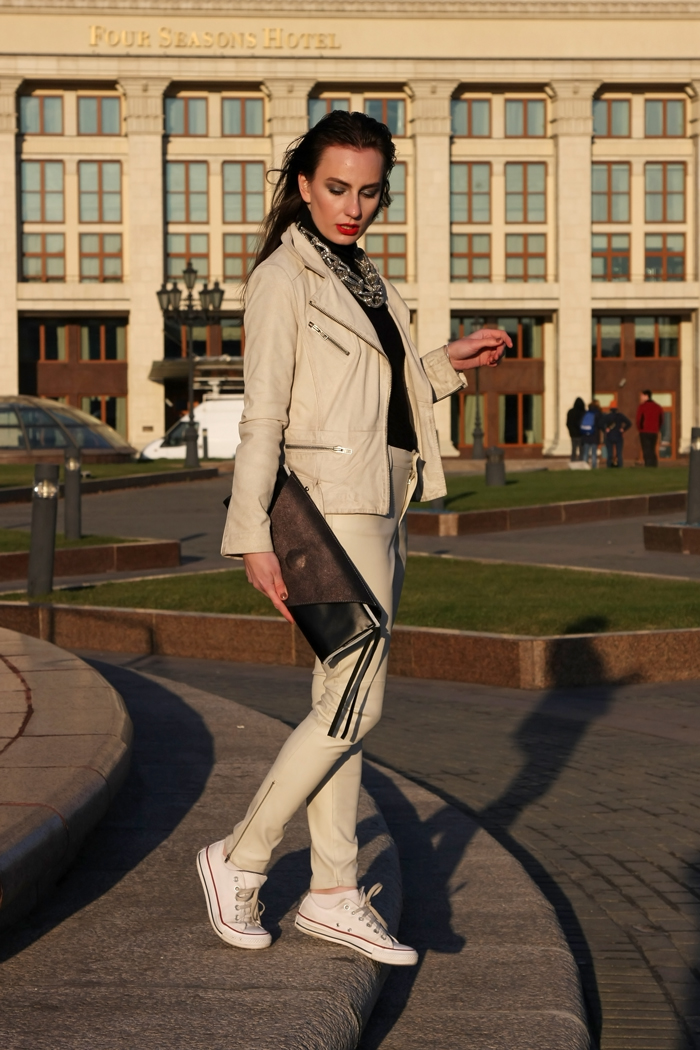 As you have so far understood, the second day of Mercedes-Benz Fashion Week Russia went under the motto ‘Down with heels, give me sneakers’. I’m actually joking. The idea of my second look was to mix the minimalism of KUMMA transformer clutch and rebellious sensuality of NUE 19.04 jacket that I got from REBUS concept store. In other words, in this outfit combination we can see a synergy of Latvian simplicity and modern Parisian vibes. Let me just share few more words about NUE 19.04 and REBUS. NUE 19.04 is yet a relatively young designer brand lead by a true workaholic Cyril Paillot and take its roots straight from one of the four fashion capitals – Paris. And as I said the vibes of this brand add some rebelliousness, sensuality, simplicity and rock-ish attitude to wearer’s appearance. As the brand is still fresh and doesn’t have such a huge international exposure, in Russia it’s exclusively represented by Moscow-based concept store REBUS. And if you yet haven’t visited the store, then I highly recommend you to arrange a personal meeting as the place itself and the selection of brands is beyond praise. Plus quite soon we are going to release a little project we managed to bake during my Moscow adventures. 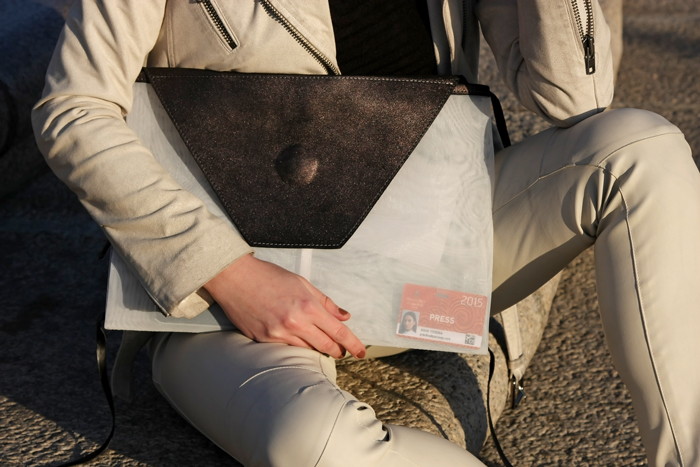 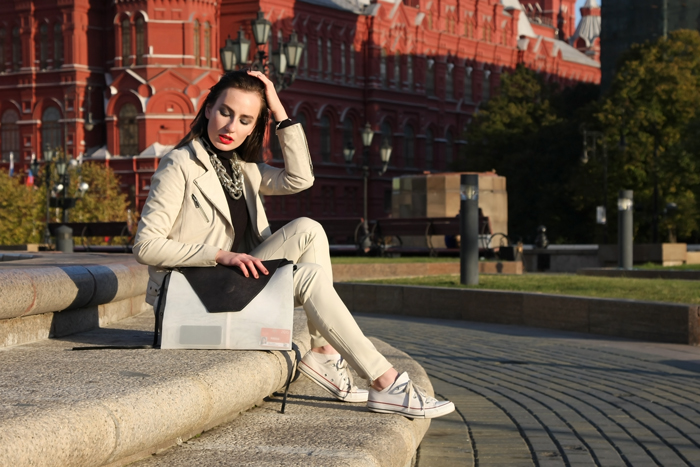 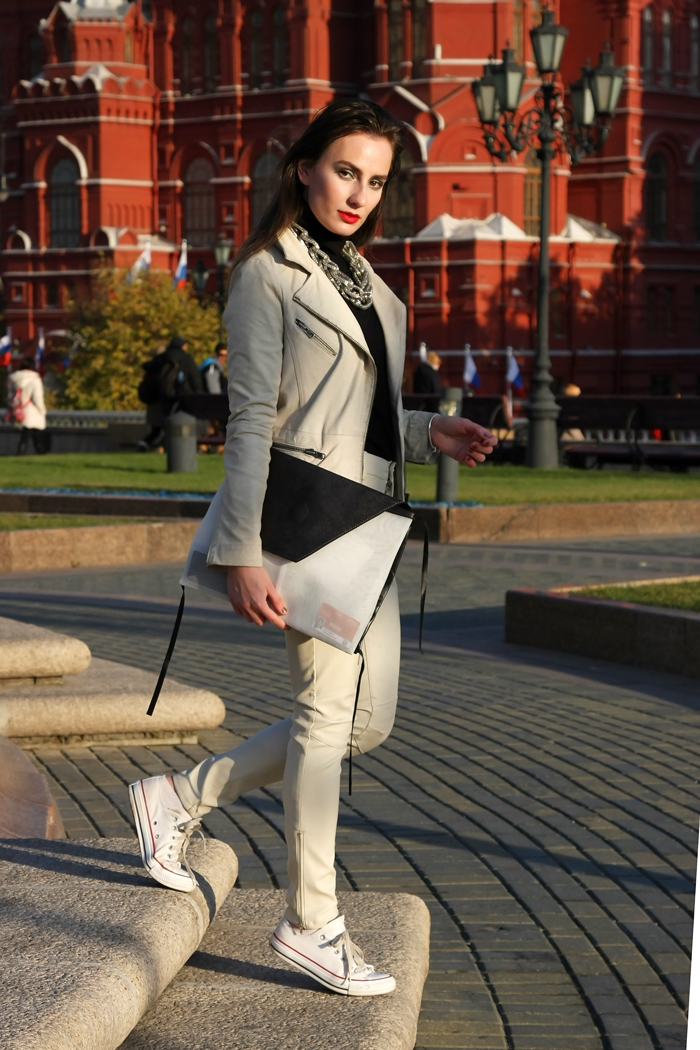 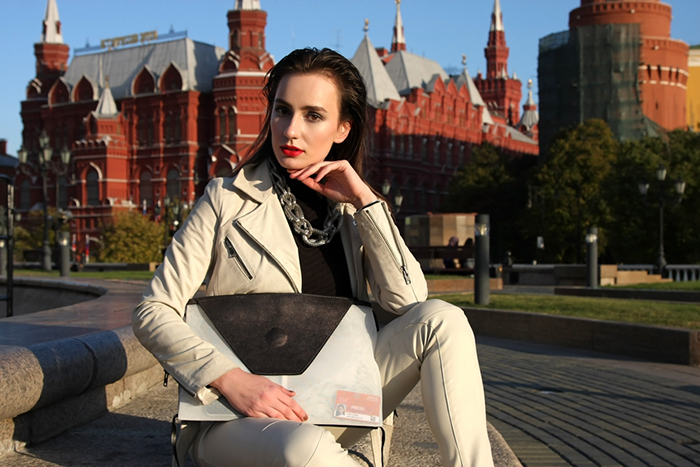 But let’s go back to my second MBFWR outfit combination. As we already started talking about it above, we know that the main characters of this look are KUMMA transformer clutch, by transformer I mean that it can change its own appearance, seriously, from being semi-transparent black and white envelope version to fully black, smaller in size one, and NUE 19.04 jacket via REBUS concept store. The combination of two was already full of similarities and contrasts, primarily in terms of color, so I decided to keep playing around it. Black and white colors, lots of metallic details, leather. When it comes to final touch, here I managed to keep balance between hair and make-up with straightened yet sleek hairstyle and accentuated eyes and lips. Because bringing contrast to your own self is always a good idea. 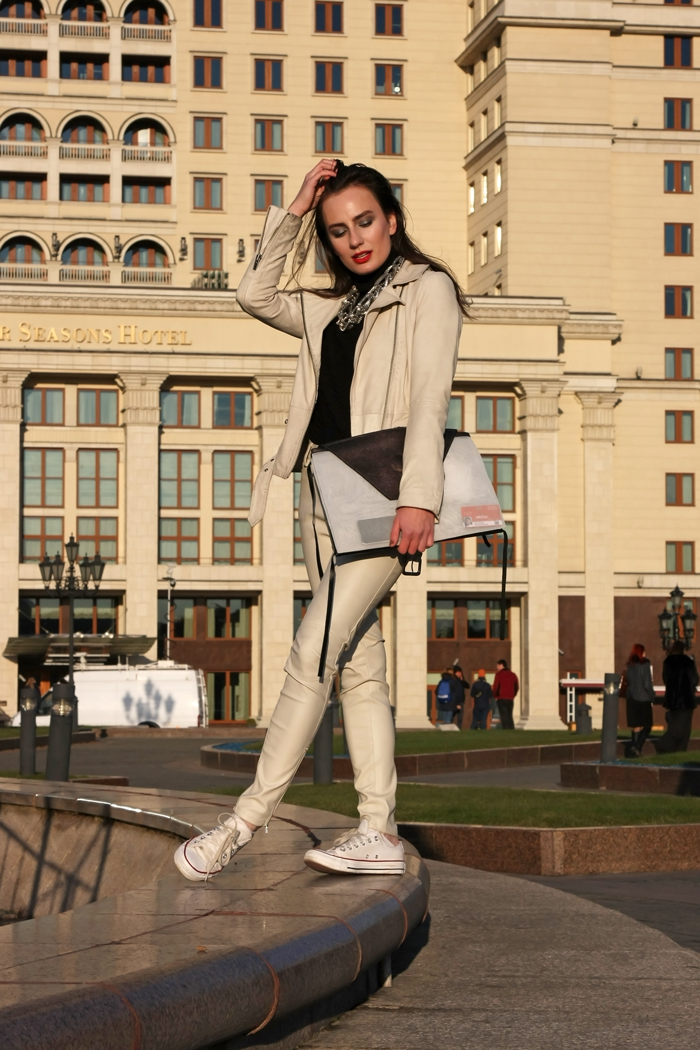