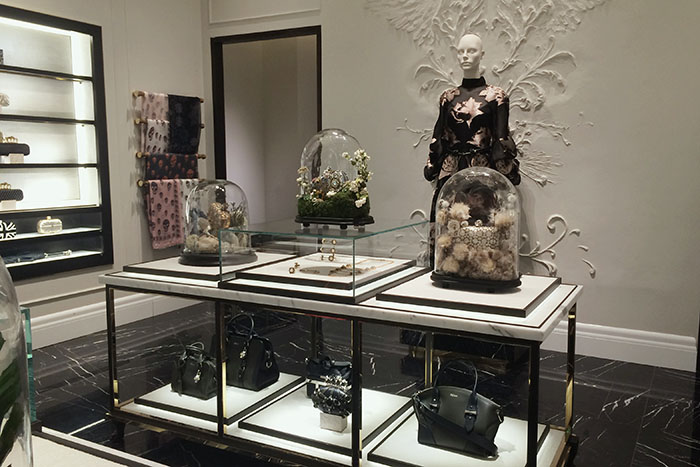 Inside ‘Moscow house’ of a British fashion legend.
Alexander McQueen has been one of my favorite designers for quite a decent number of years. By designer I mean Alexander McQueen himself, not the brand. Yes, the fashion child survived its creator, which is definitely quite a positive and casual thing in the world of fashion. But it was Mr. McQueen himself, his talent, his savage beauty and vision that conquered our hearts. And you know, now after all these years pieces that were created under the direct guidance of the British legend are getting filled with utterly special meaning. And the savage beauty turns to be slightly fragile… 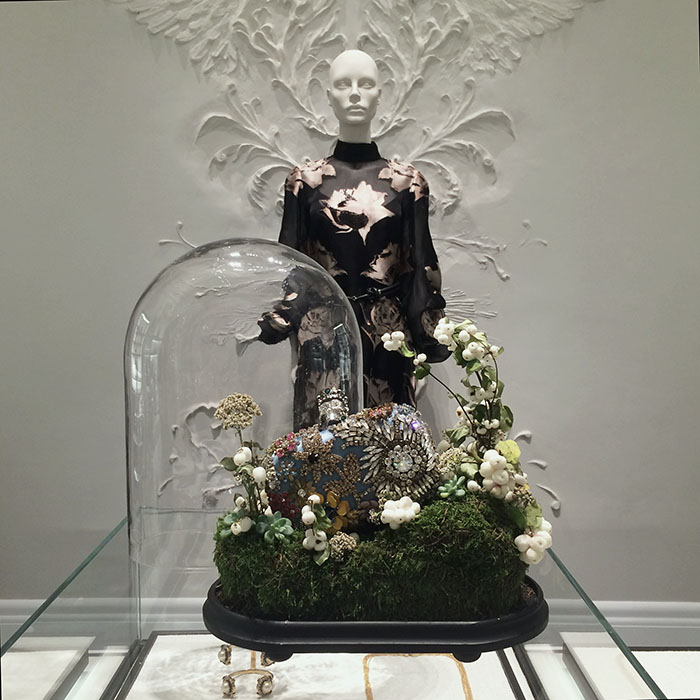 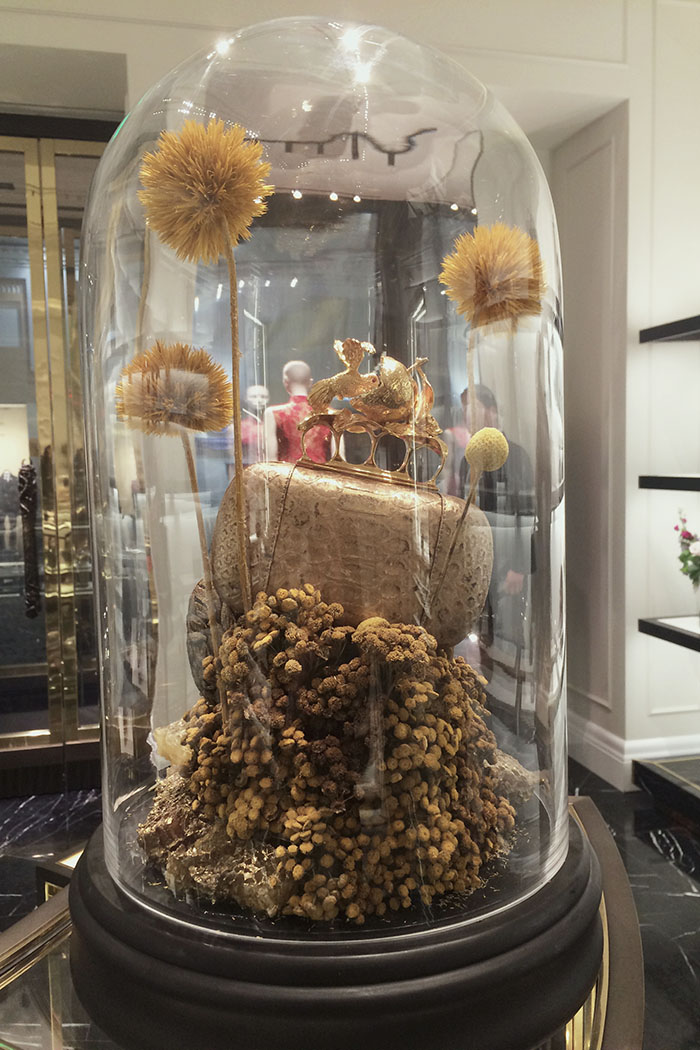 I remember coming across Alexander McQueen’s miniature Armadillo shoe during the Shoes for Show: the Sculptural Art of High Heels exhibition held in London’s Brick Lane area back in four years. I remember standing in front of the shoe and just wondering McQueen’s creativity, fashion creativity. So when Anna of EnnFrancoSays.com called me for an exclusive exhibition of clutches created still under the guidance of British designer that was held for a very limited time at Alexander McQueen Moscow-based boutique, I couldn’t say no. Am still thinking of such a coincidence that it was held right during Mercedes-Benz Fashion Week Russia and my Moscow adventures. 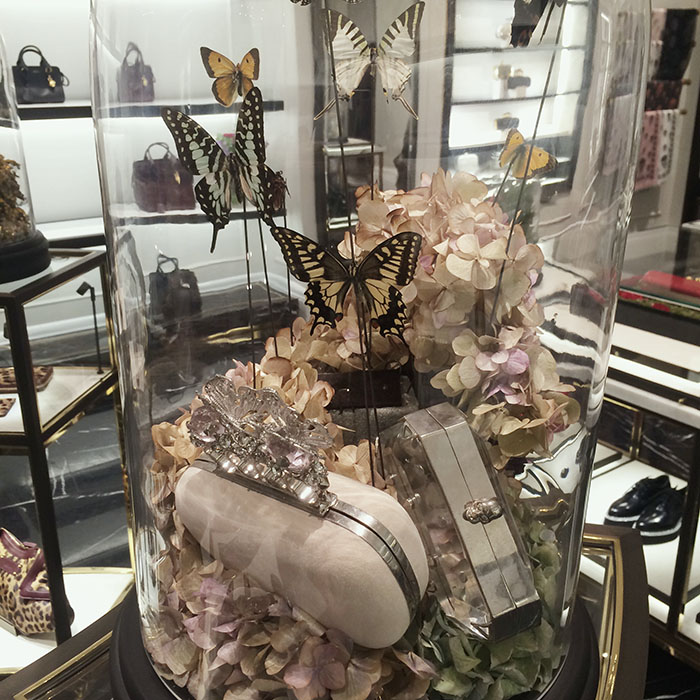 Speaking of the exhibition itself. Every single piece was placed under a glass dome where it joined floral composition made by Moscow-based LUPINE.flowerfactory flower company. According to Darya Smirnova, a master behind floral beauty within the exposition, she drove inspiration directly from every single Alexander McQueen clutch and collections as a whole. The process, starting from preparations and selection and finishing off with creation of compositions – took around two weeks. Have to point out that all used materials are purely natural (according to Darya, it caused quite a lot of difficulties, but actually did emphasize the beauty of every single clutch) – dandelions, flowers, butterflies, honeycombs… The idea was to transfer people to a completely separated world (quite in the spirit of McQueen himself). I have to say that the move to place compositions under glass domes only underlined its savage yet fragile beauty. What about clutches? Well, it’s a merge of creativity and fashion. And it’s definitely something each and every single lady would love to possess. 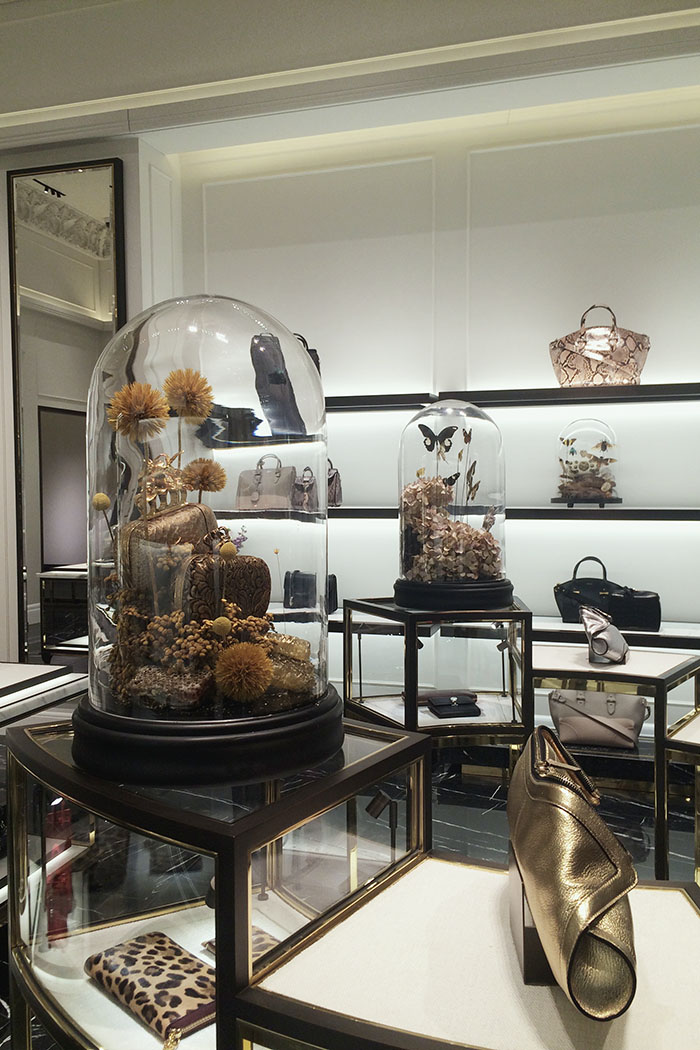 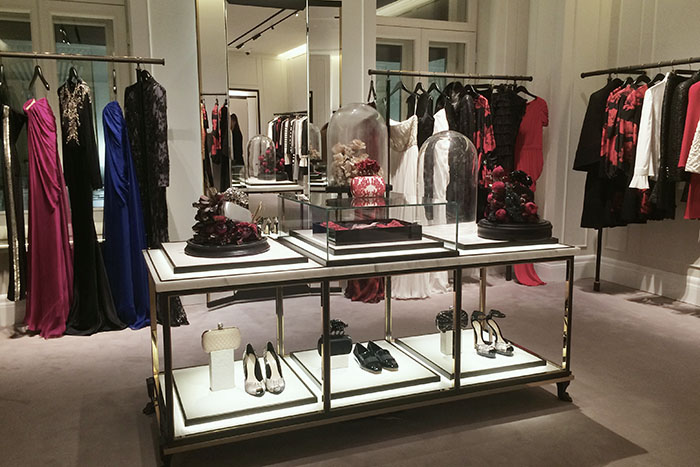 Another thing that brought me to delight while at Alexander McQueen Moscow-based boutique is a complete balance between store’s atmosphere and its team. Both together create a very pleasant and welcoming feeling. You not only wish to stay there for longer and communicate with the staff, you want to come back again. Anyway, this is a sort of an aftertaste I’m still feeling a month after my little in-store adventure. To me it’s like a two-floor big British castle right at the heart of Moscow, where you are always awaited. 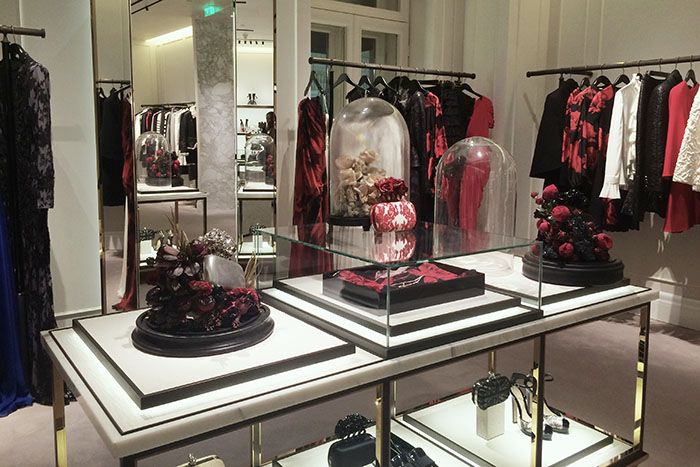