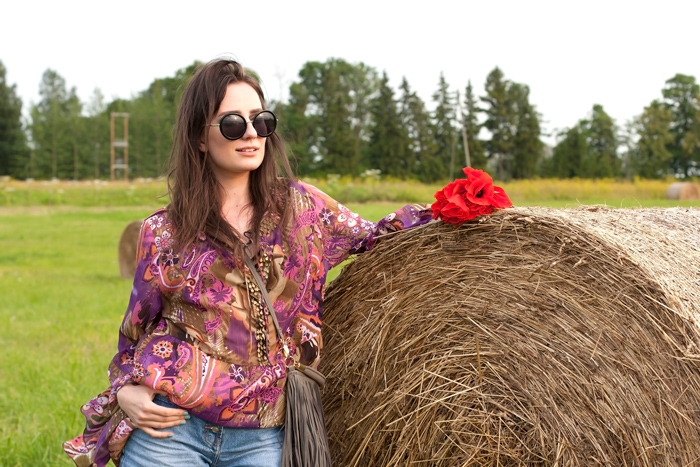 From country girl to boho queen.
Remember a couple of stories ago I’ve been talking about that ‘Trip-o-Latvia’ weekend adventure I had in mid-July? One day and three picturesque destinations. The first one was the lavender field, literally, on the other side of the country, it all got pictured in the Lavender Dreams story. The second, pretty unexpected and unplanned, destination was the field of poppies I came across while on the way to the lavender field. Although I’m not such a huge fan of poppies, I still couldn’t resist that fun and temptation to bring around the Cinderella and Poppy Field story. And here comes the finale. Not a finale to my ‘Trips-o-Latvia’ though, but rather a mini-finale to this 3-in-1 adventure. 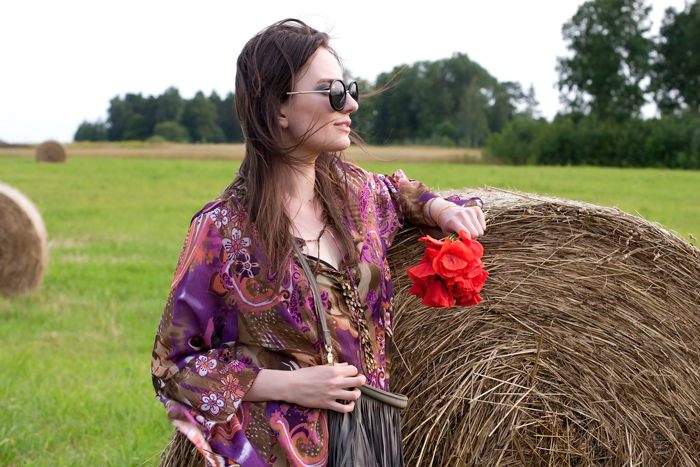 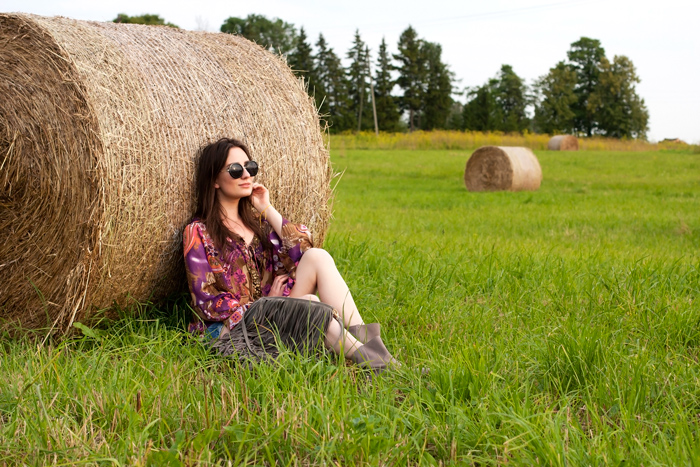 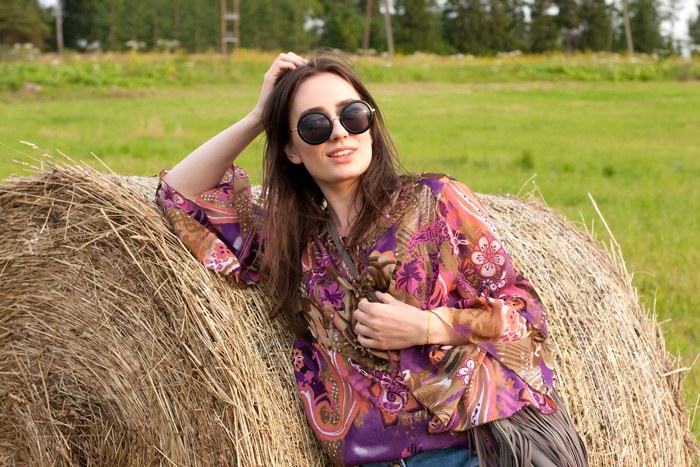 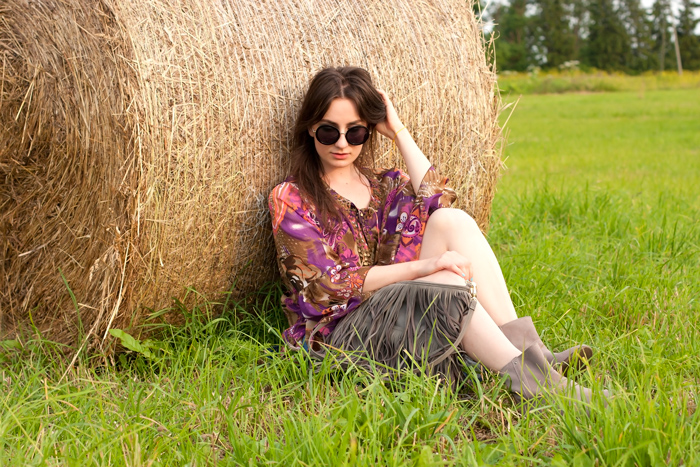 You know after releasing Jelgava edition of my country girl who found her way both in the streets of Mitava city and in a farm upon river Sveta, I had this other plan, or a little dream, that involved purely Latvian fields and haystacks. Just imagine: you, endless fields, dozens of haystacks, peace and an upcoming sunset. Pure magic, right? Couldn’t imagine saying it years ago, but it’s such a refreshing scene to observe. In general, I found such adventures, when you jump in a car and drive away somewhere, somewhere closer to Latvian countryside, to Latvian nature, pretty refreshing and inspirational. The confession is, I guess I’ve never been that much in love with this little Eastern European country before. To tell you more, it was this kind of background I’ve been missing. A little Eastern European piece in a Russian – and – partly Eastern puzzle of my soul… 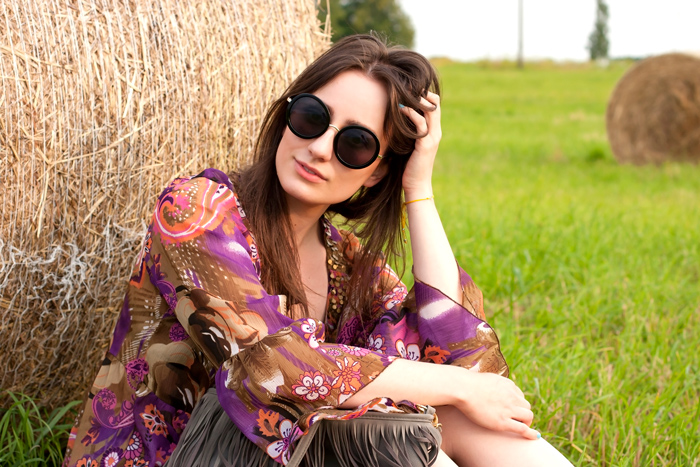 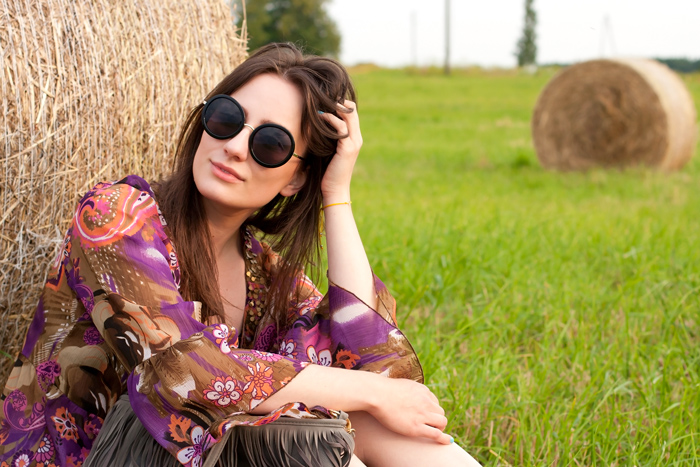 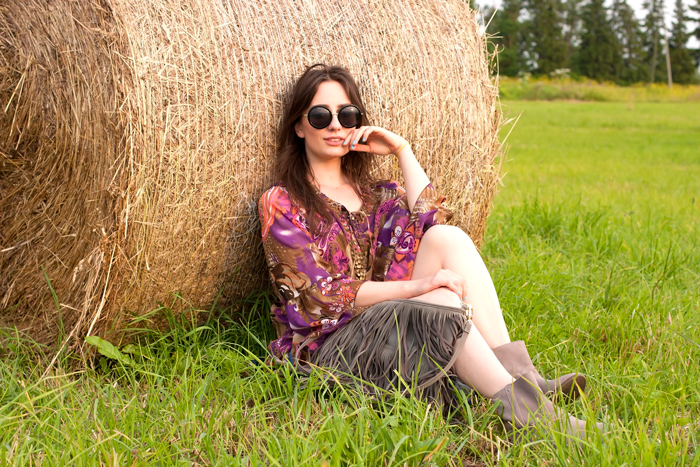 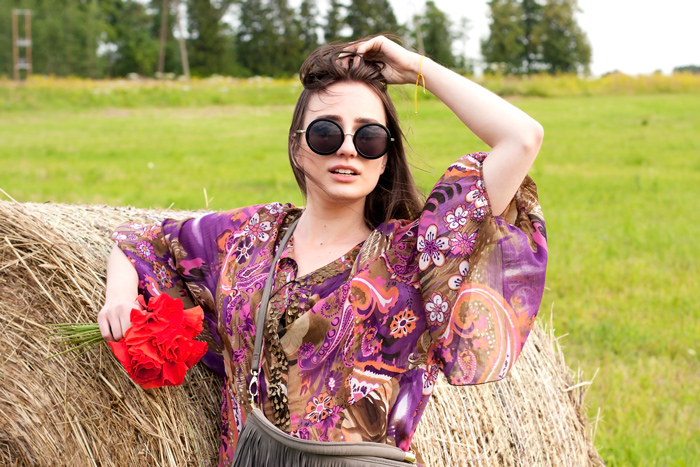 Well, in terms of fashion I believe there’s nothing better than a bit of boho when it comes to countryside, and haystack fun. Comfort and freedom of motion is the key, though no one said no to self-expression. Suddenly I found myself being over-practical lately as I was just about to get rid of this good-ie but old-ie tunic I kind of got tired of. Still a little thought there might come a moment I’ll need it flashed in my mind. So it happened. Probably couldn’t imagine anything better to partner up with my favorites in the face of Calvin Klein Jeans shorts, H&M fringe bag and Marks & Spencer boot-ies. Looks like the boho queen is taking over country girl’s place, and doesn’t seem to show any sign of leaving soon. 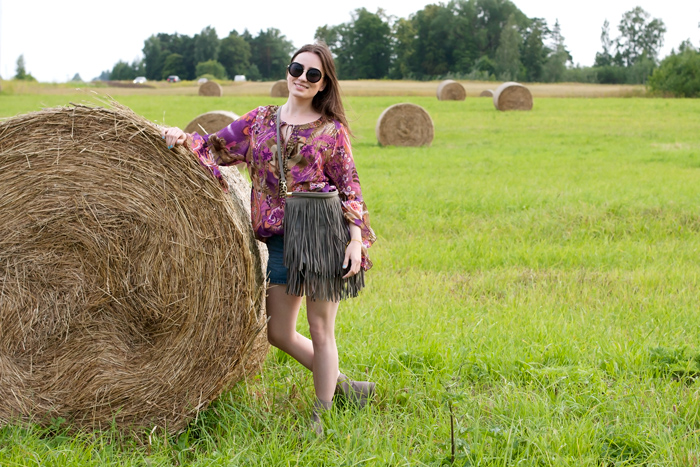