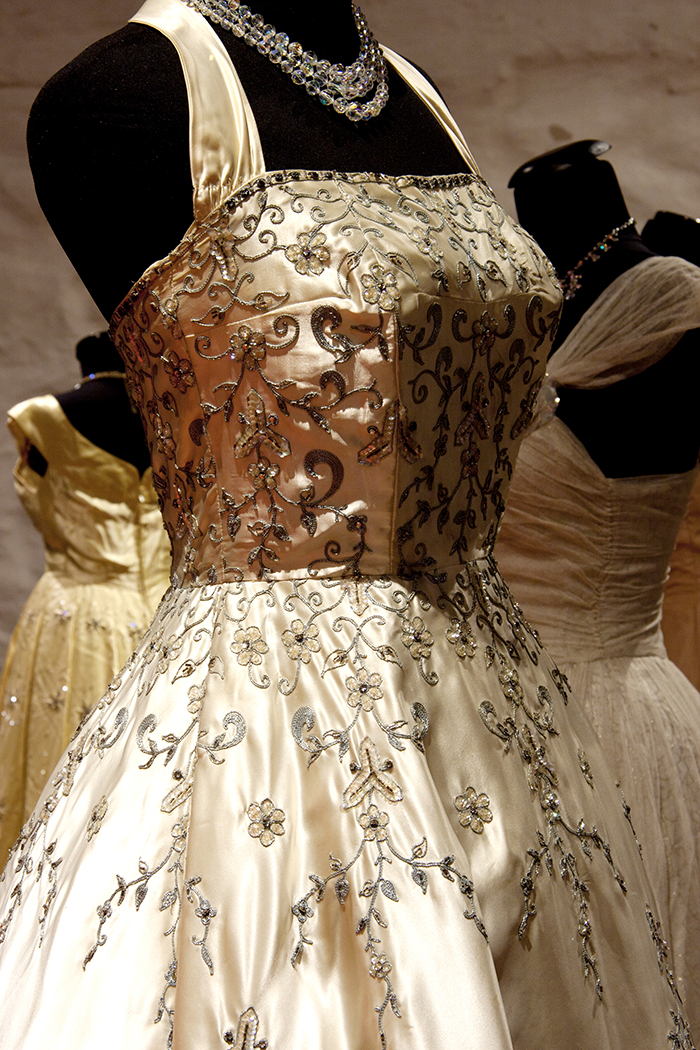 An invitation from Alexandre Vassiliev himself.
‘Invitation to the Centenary Ball’ is a totally new, yet unseen by anyone else bu Latvians, exhibition delivered by fashion historian, Alexandre Vassiliev. A person who is famous for being one of the biggest private collectors of our days keeps surprising us. The moment you thought everything possible in terms of fashion costumer over the last century had already been shown to us, Alexandre Vassiliev comes up with a new, outstanding and charming idea – Ball fashion of the last 100 years. 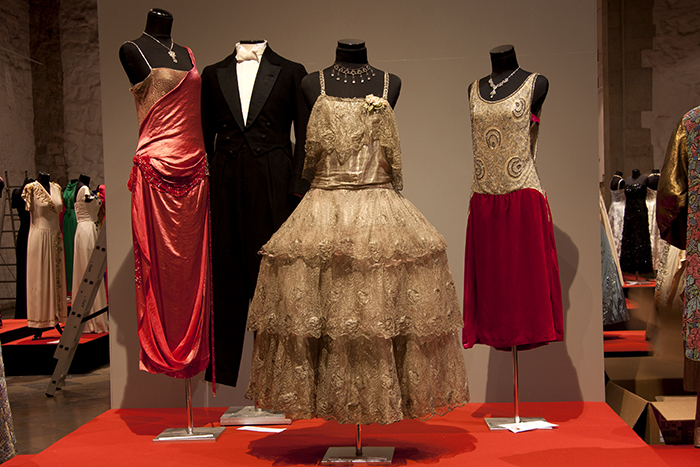 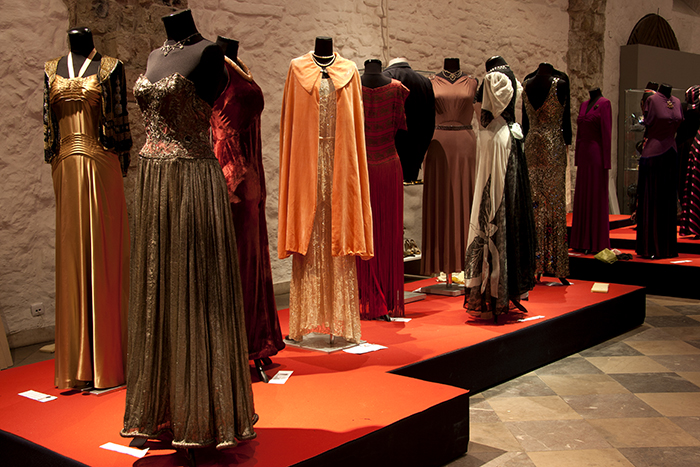 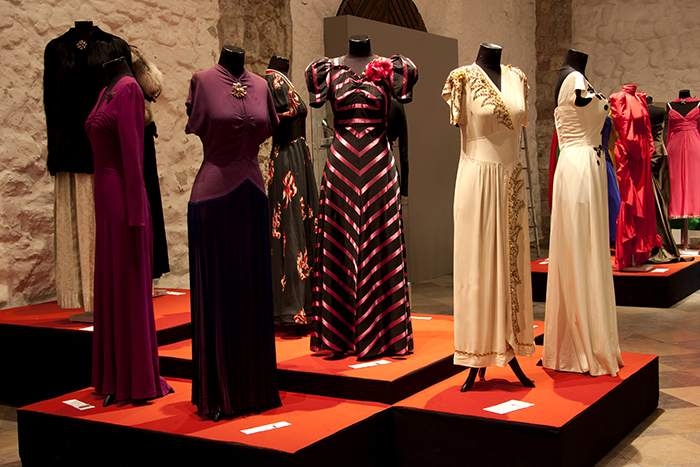 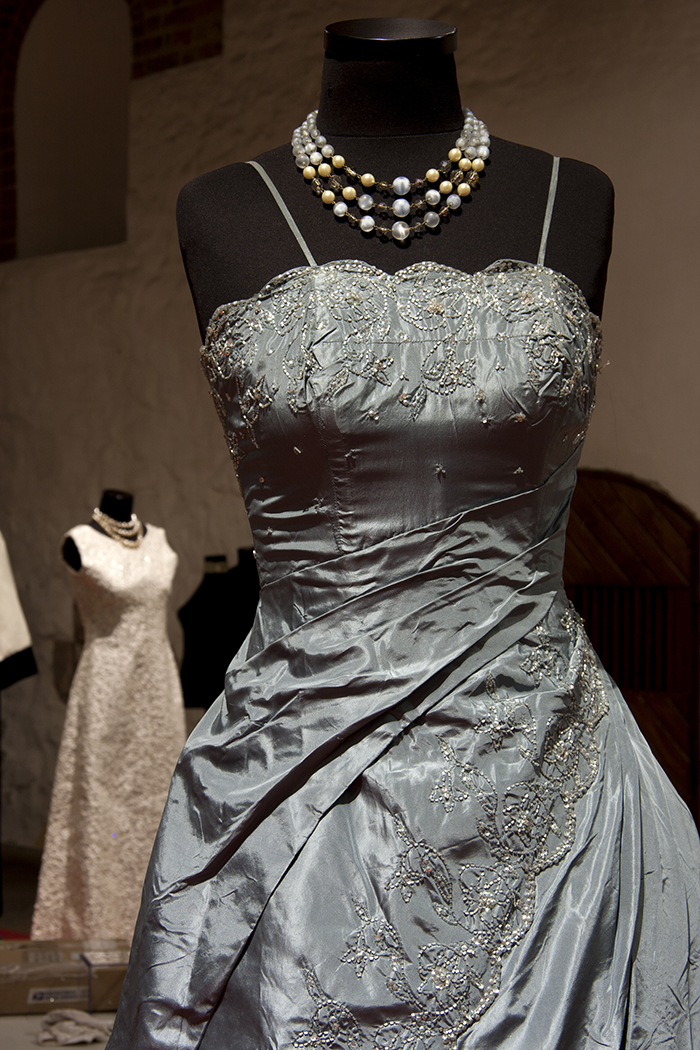 How Ball gowns have changed over the last 100 years period? And, most importantly, how the concept of Balls have changed over this period? Tremendously. Two gigantic World Wars, The Great Depression, space exploration, a rise of red carpets, hippie’s era, concerns about ecology, a total decrease of Couture and Ball concept. This is just a little list of what happened in the world in general terms. If we look closer at the changes that took place in every single country, it will definitely give us a more in-depth insight into all the shifts in fashion as whole and, of course, the concept of Balls. 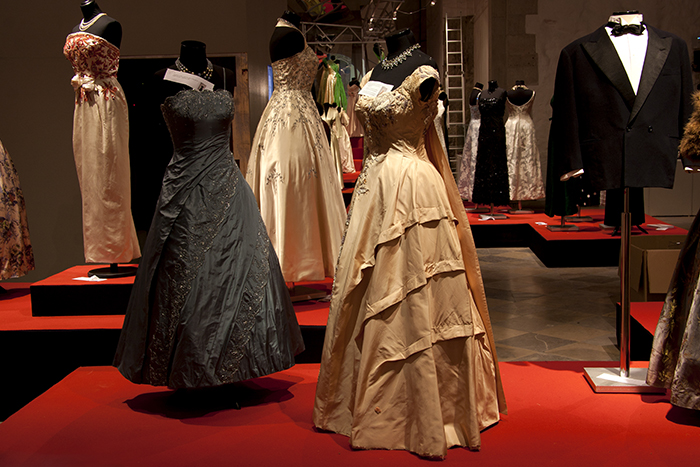 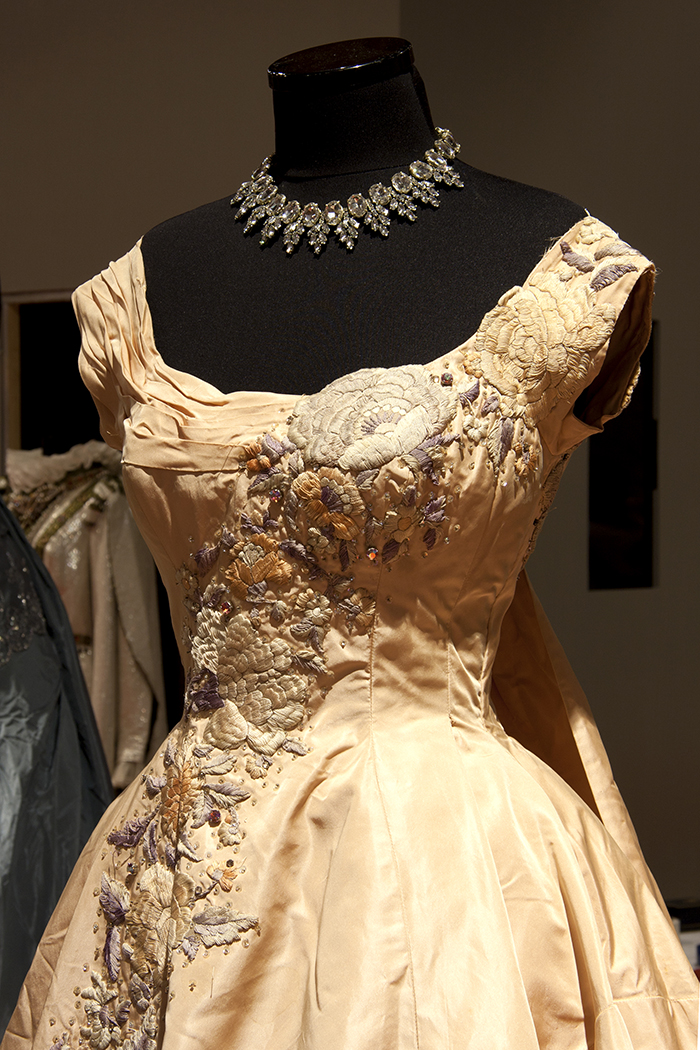 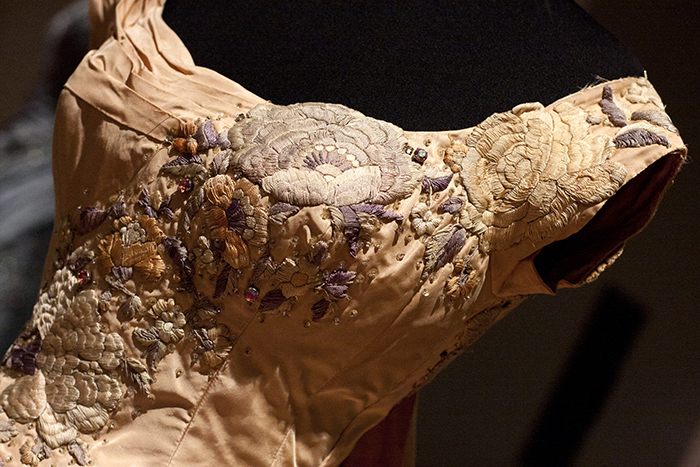 Despite the fact Ball gowns have long became a prerogative of red carpets, each of us, ladies, at least once dreamt of being Natasha Rostova (of Tolstoy’s ‘War and Peace’) at her very first Ball. Meanwhile, the exposition of the ‘Invitation to the Centenary Ball’ takes us around decades and changes within Ball gowns. Here we see the I World War period dresses in predominantly black color – the color of mourning – that are followed by after-War period (1920’s), the period of female emancipation – naked shoulders, hands, back, legs, shorter hemlines and lower waist-line. The Great Depression of 1930’s brings back the natural waist-line and long hemlines. It was a decade ruled by extravagant Elsa Schiaparelli, classy Gabrielle Chanel and unforgettable Madeleine Vionnet. 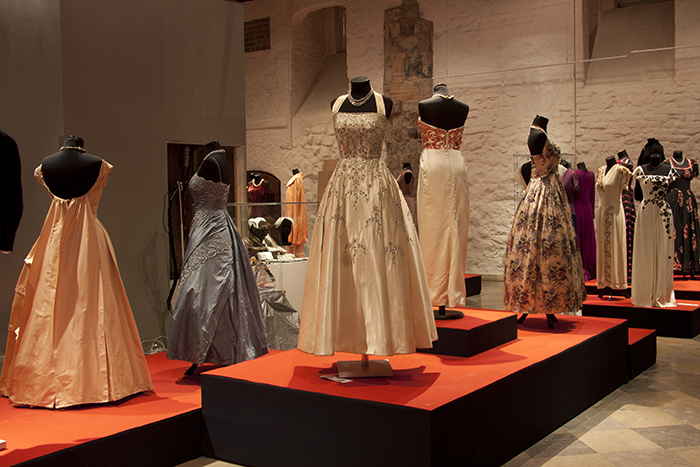 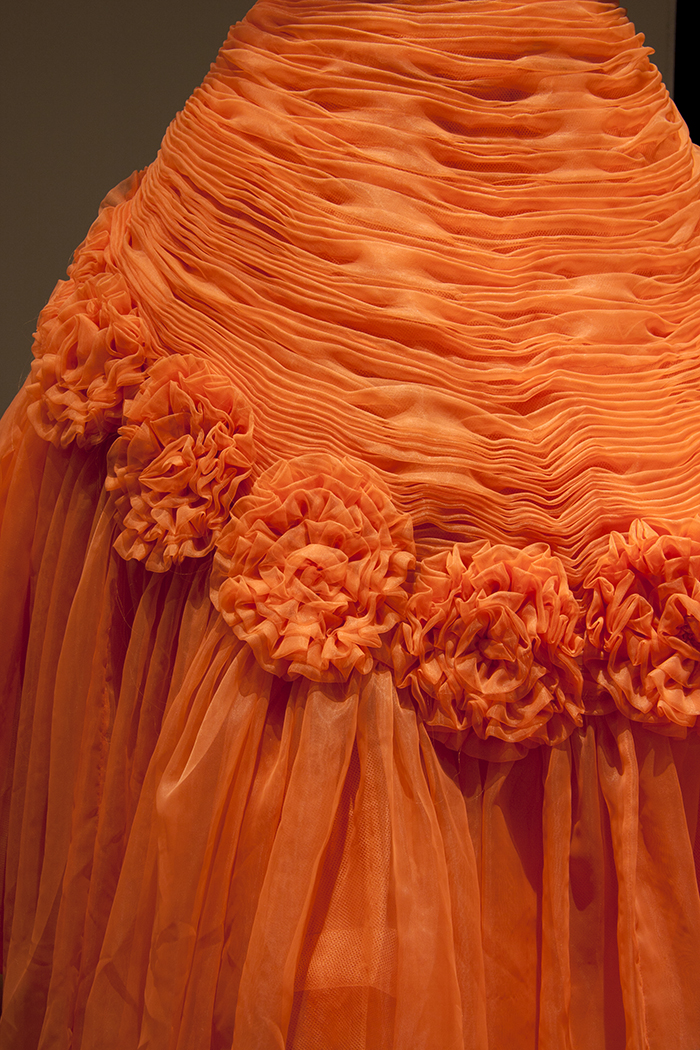 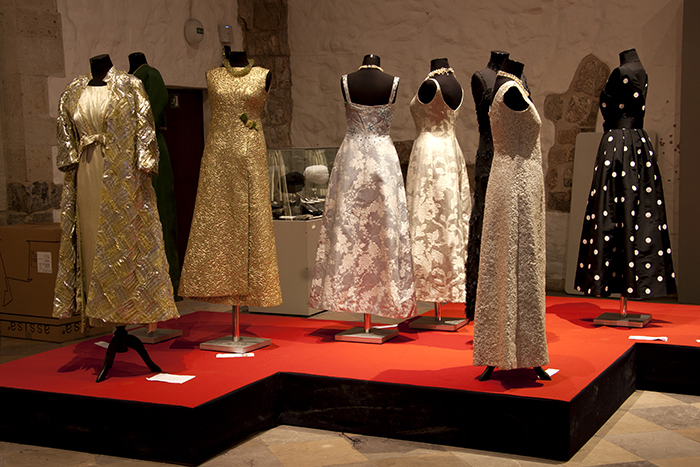 The 1940’s. The period of the greatest and most merciless war of the 20th century. Despite a decline of Ball popularity for obvious reasons, Ball fashion was still created by such big names as Cristobal Balenciaga, Jean Lanvin, Maggy Rouff, Pierre Balmain and others. The post-War period and especially 1950’s saw a huge rise of Balls. It was the time of Christian Dior’s ‘New Look’ style with lush, female-full and portly (something Mr. Dior used to see his mother wearing back in good old days). Well, the period of 1960’s – 1990’s was that exact time when the whole world shifted away from the old order of things and life – mini of the 1960’s, retro (ruled by Yves Saint Laurent) and disco of the 1970’s, sequins and beading with padded shoulders of the 1970’s – 1980’s. Yes, the period of the second half of the 20th century is more diversified within the exhibition in terms of shapes, lines, styles, fabrics, colors and the rest. 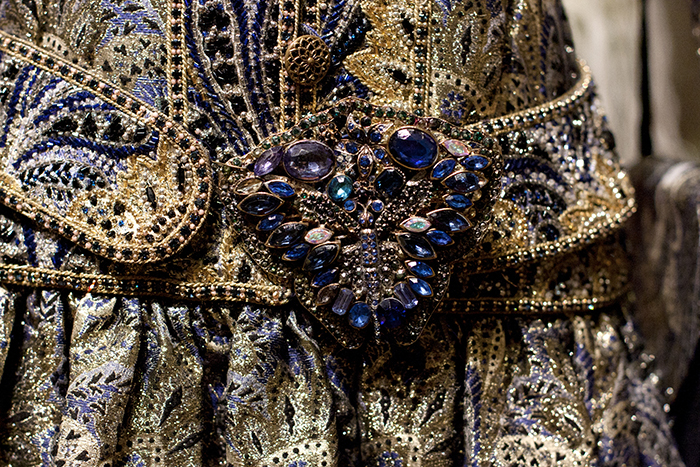 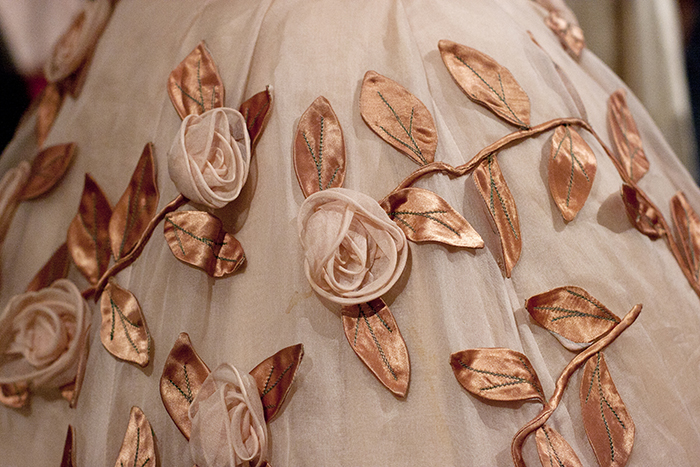 1990’s and first 15 years of the 21st century. It’s basically the Couture fashion we know today and greatest fashion minds of our days – Oscar de la Renta, John Galliano, Alexander McQueen, Vivienne Westwood, Karl Lagerfeld, Valentino Garavani. Some of which are now gone for good taking the vision and secrets of outstandingly elegant Ball gowns with them. If you are familiar with fashion industry, then you most probably know about a huge decline of Couture that was lead by seizing number of clientele (which is estimated in thousands rather than millions of world population) and brought a major shift from Couture to Ready-to-Wear (Pret-a-Porter). Despite the fact Couture is now used as more of a promotion tool for big label’s perfumery and make-up categories, we, ladies, still can’t help but fall over this mix of mastership, luxury and timeless beauty… 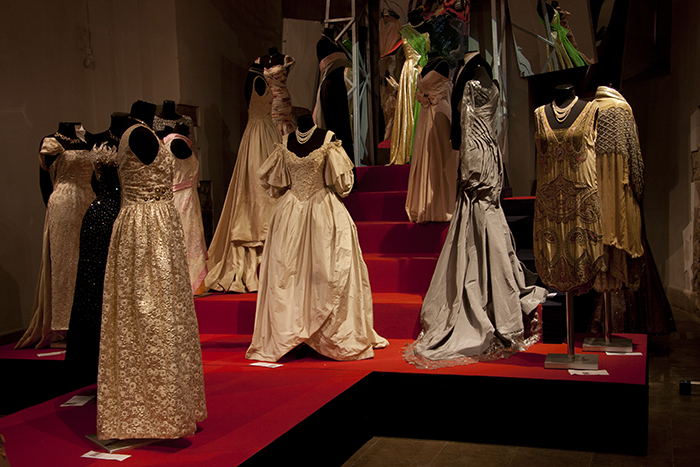