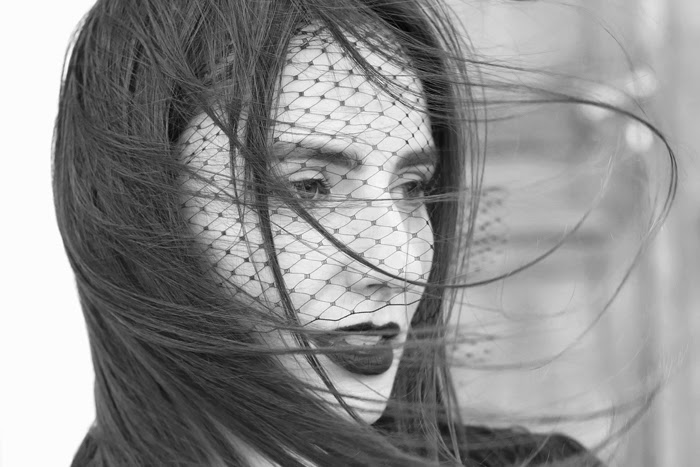 Pictures on the wall  Her pictures on my wall  She’s so beautiful, so beautiful  © Brainstorm
The song ‘Colder’ by Latvian band Brainstorm. My most favorite one over the last months. Baltic temperament translated through most of the band’s songs is something my ears keep asking for. For some odd reason the ‘Colder’ song happened to picture today’s story from the musical side. Or it was actually the song that inspire me on such a visual story that at the final point went black and white… 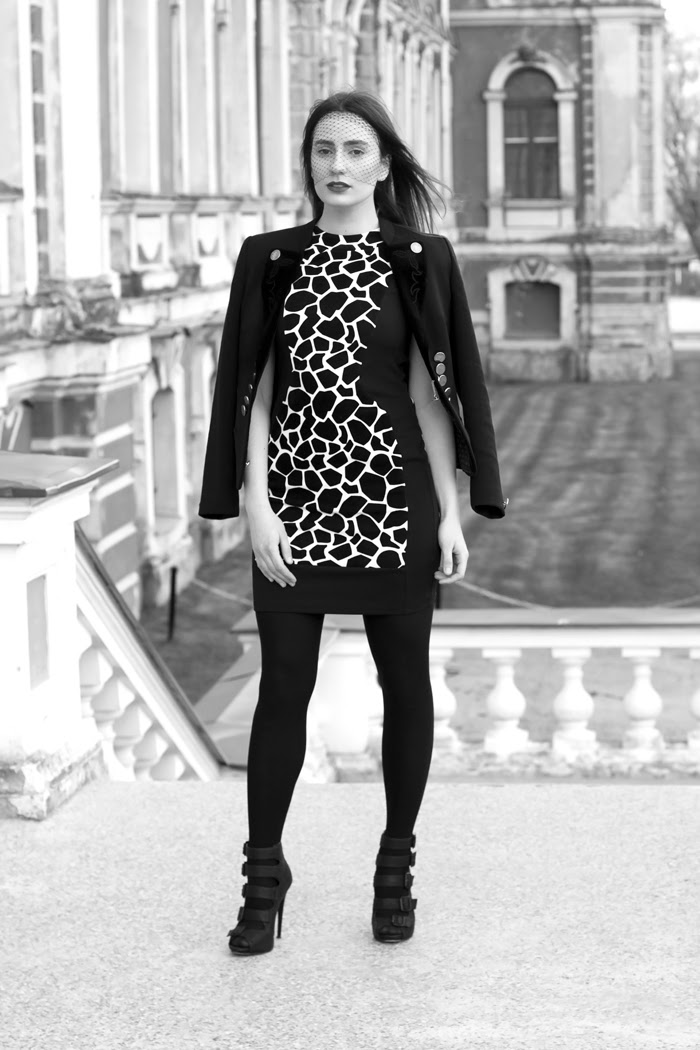 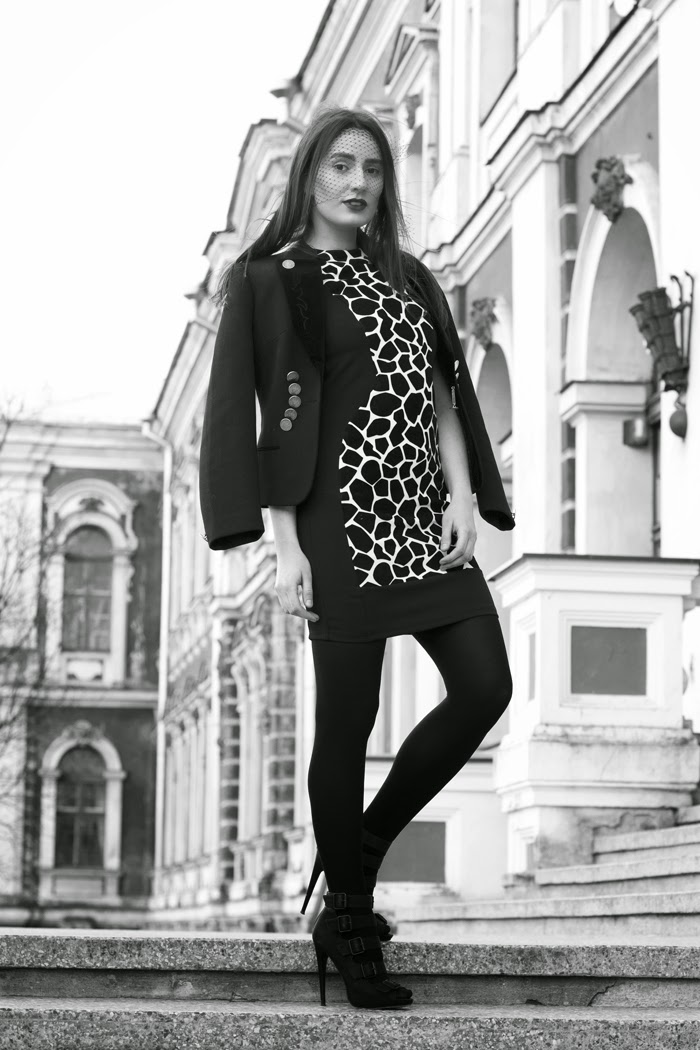 I can’t remember. Most probably the two, I mean the song and the visual story idea, happened to merge inside my head forming one whole, as if they were looking for each other. The so-called grey-shness of the song is translated by means of black and white photos. While the story of the main character is veiled with, well, you know with what. With a veil. This tautology principle, it’s been haunting me since high school. But going back to the main thing – black and white photos and veil form, as they say, the center of the story. And Brainstorm’s song, of course, that sounds right now somewhere in the background. The first, maybe not the only, time when music is involved directly in my writing process. 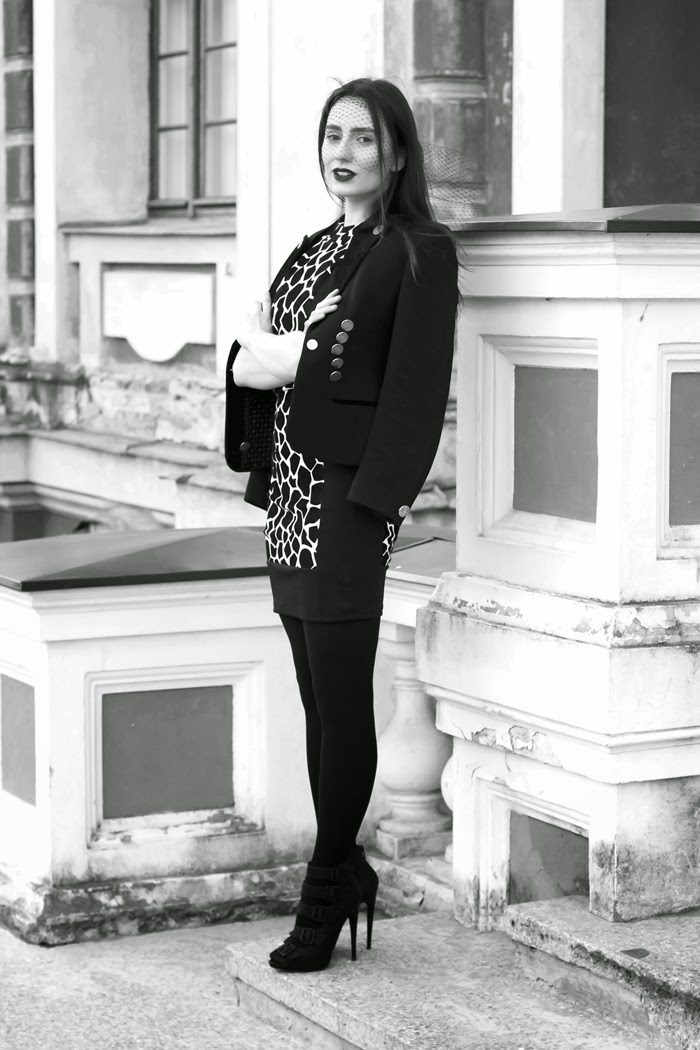 It’s been once, or twice, in a 4-year history of Practical Queen AP that my visuals were transformed into black and white format. The format I was trying to stay away from for years without realizing what kind of meaning and hidden emotions does it bring. And these emotions are different to every single person. If one will see a total drama, the other will find it highly meaningful. Being deprived of real color such a photo takes out the soul of the character in first place, if he or she persists, or of the author. The kind of a soul I preferred to veil up, so to keep a little secret. Because something should always stay out of the limelight. 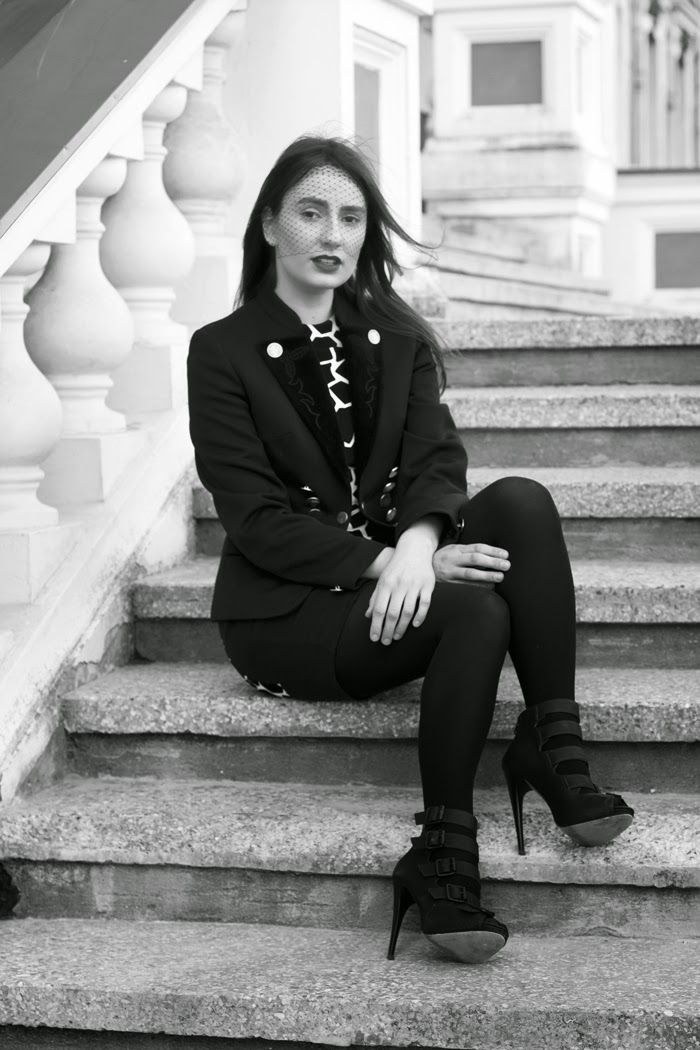 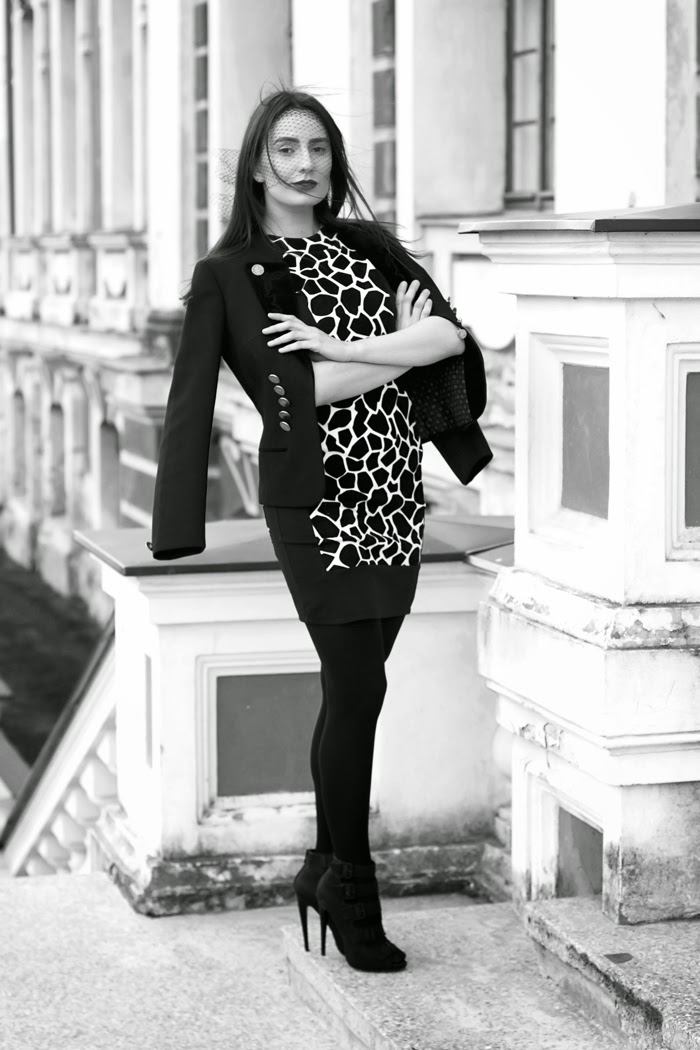 When it comes to the actual outfit of today’s story, then I have to say that it’s a game of contrasts. Firstly, it’s a veil. The image of a mysterious woman would never leave me alone. So I armed myself with a piece of classic black veil and deep purple lipstick and been waiting for the right moment to use it. It did come in handy when the idea of crossing animal print and military touch came to my mind. I believe each of us has a good number of items that we don’t really wear much. It’s not like you don’t like them, you do and a lot, it’s just the right timing that doesn’t come that often. And you just keep it, keep it for another time. Two of such pieces are the gorgeous little black dress covered with animal print and an insane jacket I did dig up in one of Riga’s vintage stores. At this point, being inspired by own image of the mysterious woman with the wind in her hair I should definitely give myself a promise – to start using my wardrobe treasures here and now without thinking of a perfect timing. THE END. 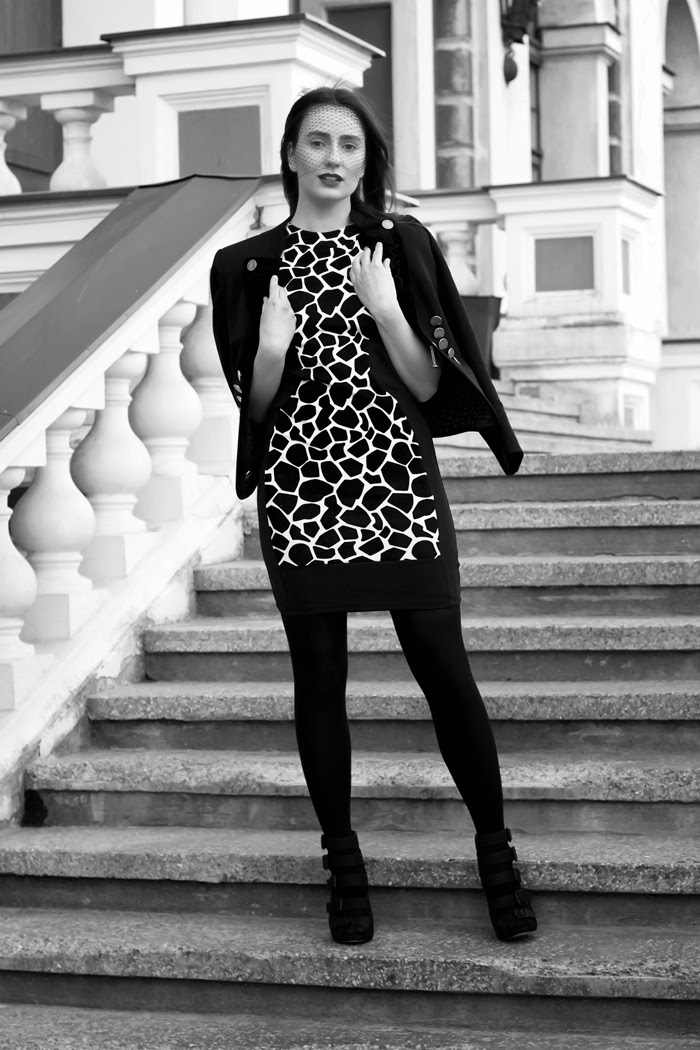