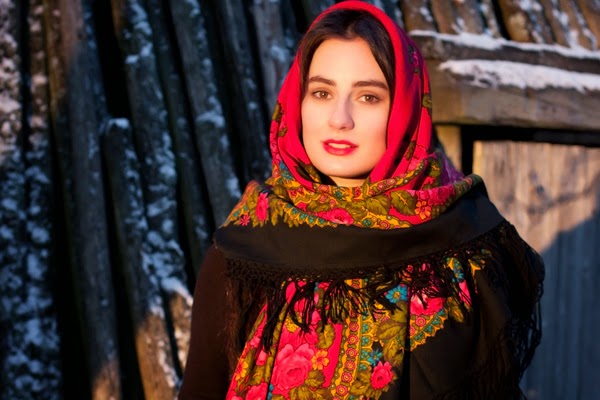 A never-ending Russian story.
This is especially for upcoming Orthodox Christmas, or call it partially Russian Christmas. Though it’s not as wide scale as New Year’s Eve, it still has this religious meaning. Being Orthodox we simply can’t put this day aside. To me one of those main Orthodox Christmas symbols is Russian scarf. It’s just this piece that tells you a lot about one culture. Beauty, wealth expressed through this print and naturalness in all its forms. You definitely already know my huge love towards folk stuff. Above all Russian folk pieces have this very special meaning to me.
I mean not only things like this scarf or jewelry box or something else. In general, my heart have always reached for Russian culture, Russian literature and, of course, Russian fashion. I was born and raised in Latvia, totally Baltic country with all its calmness and sobriety. But somehow Russian soul and pride got developed in me. Was it because I was called Alyonushka in childhood (after famous Soviet and Russian chocolate)? Or maybe because I was originally named after my great grandmother, who was an ideal Russian woman, the type that was praised by Nekrasov. Maybe by being named after her I did inherit something more than just a name? Anyway, I’m a bit different kind of Russian, really more calm, quite and slow in some sense due to my Baltic surrounding, and I’m so not a blond girl with blue eyes, my hair and eye darkness comes from grandfather. So according to observers I tend to be even more Eastern type than Russian. Funny, but true.
Going back to Christmas topic. I saved this A La Russe inspired look with unbelievably beautiful scarf and some fur on purpose. It has this truly Russian feeling. Snow and countryside, Latvian one though. Seemed like a real Russian fairytale. Now I really feel like visiting Russia and have a little tour around the country to discover all its beauty in full. I’ve been there once or twice, but don’t remember much. It means that one of my travel destinations in 2015 will be mother Russia! It’s now on the list, perfect timing follows. 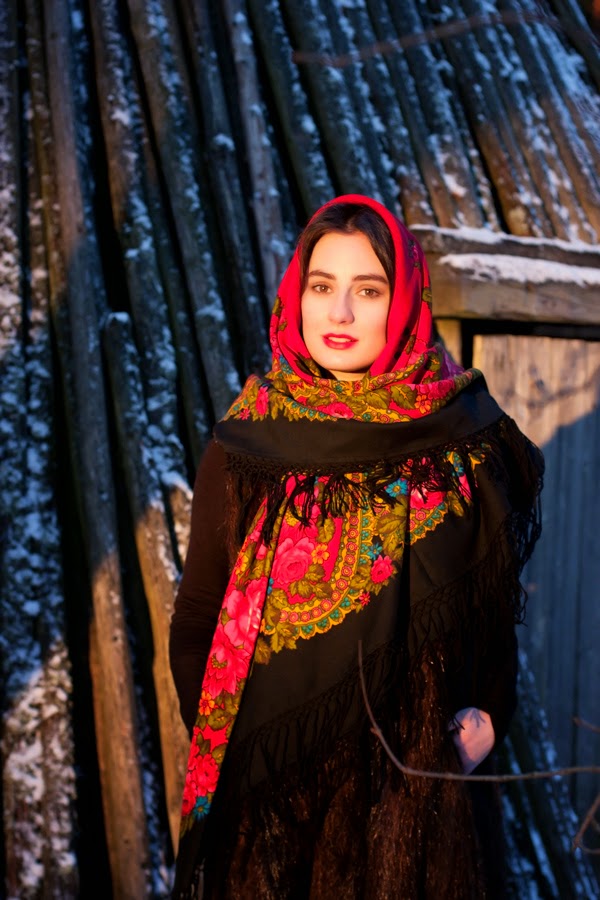 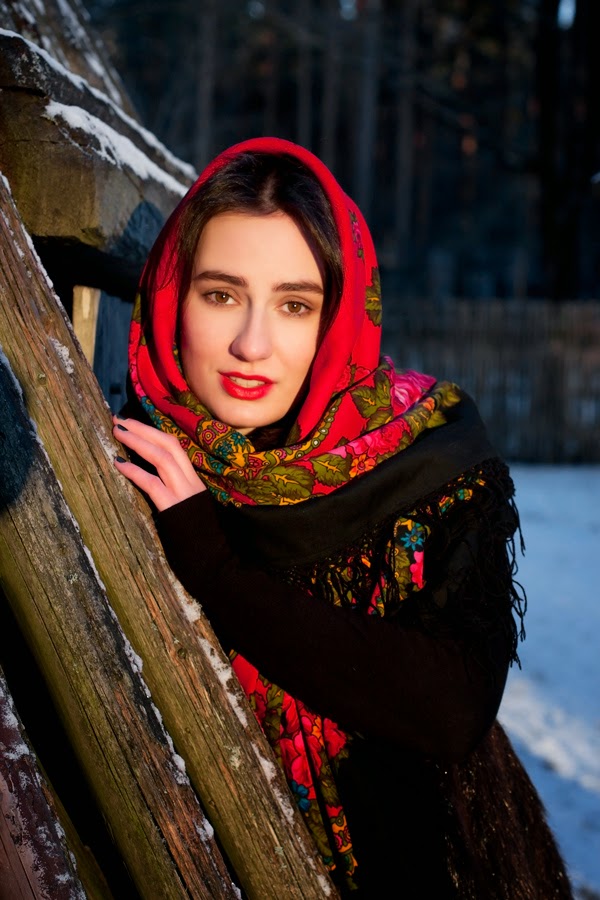 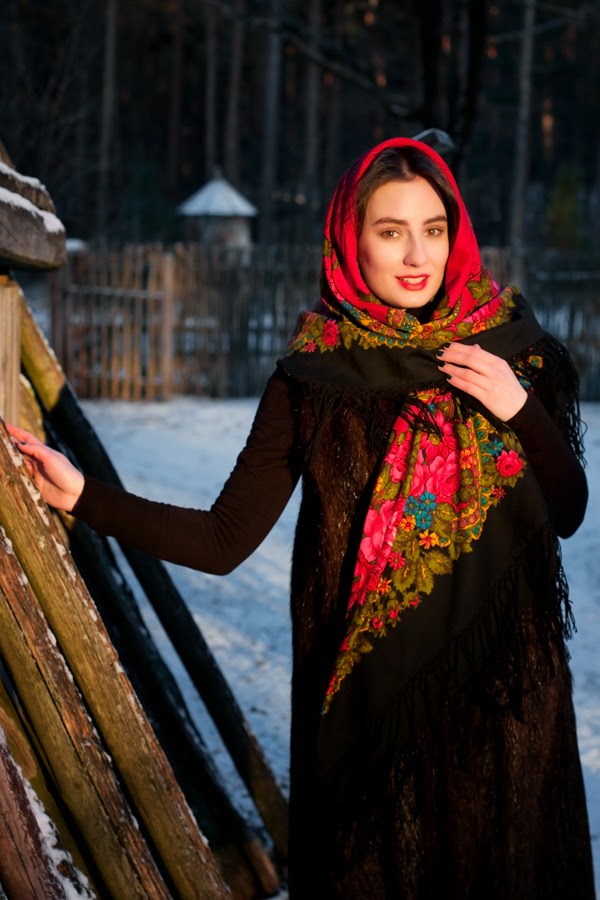 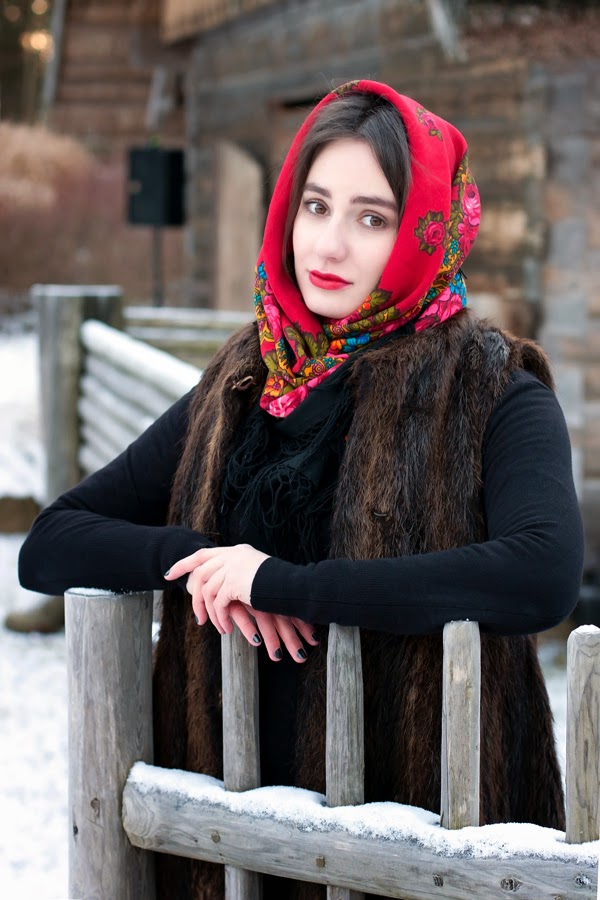 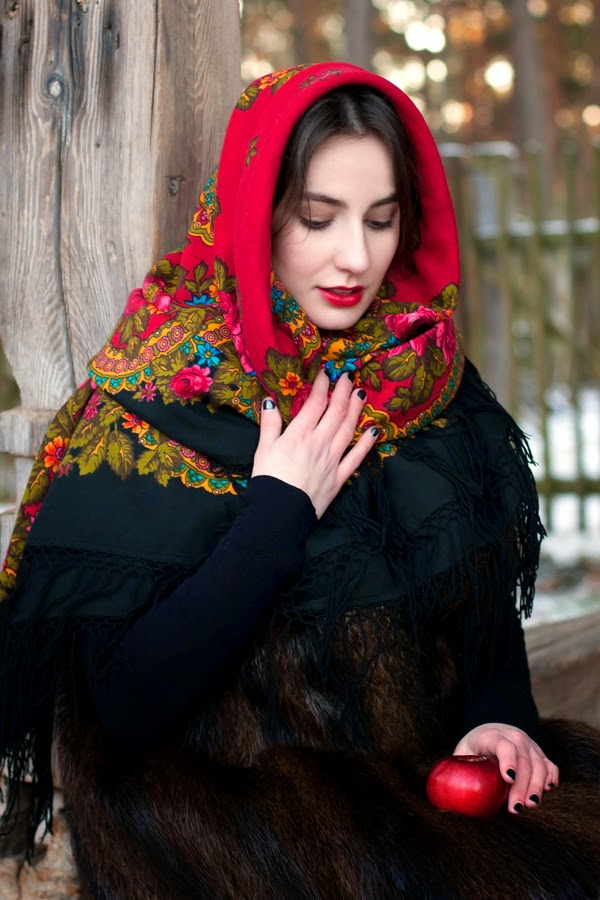 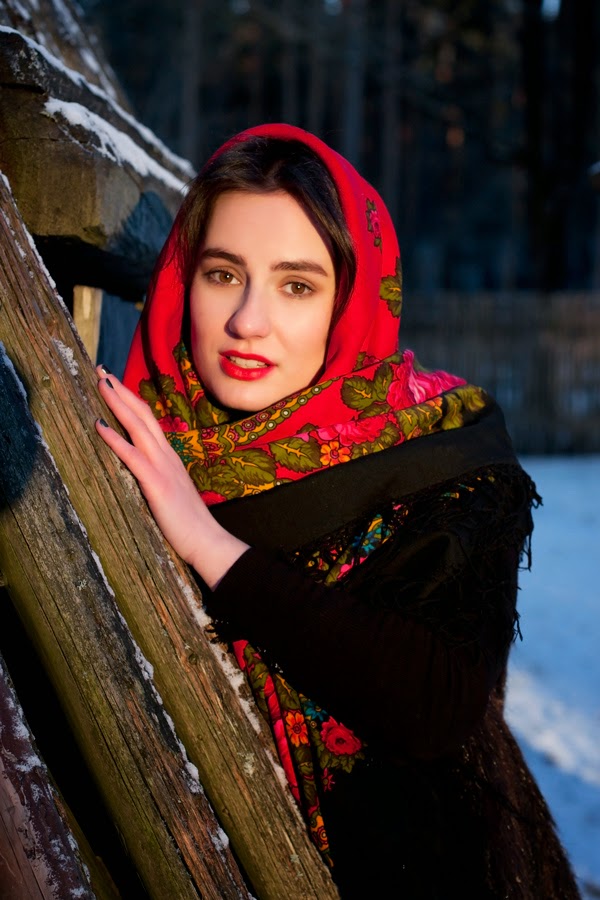 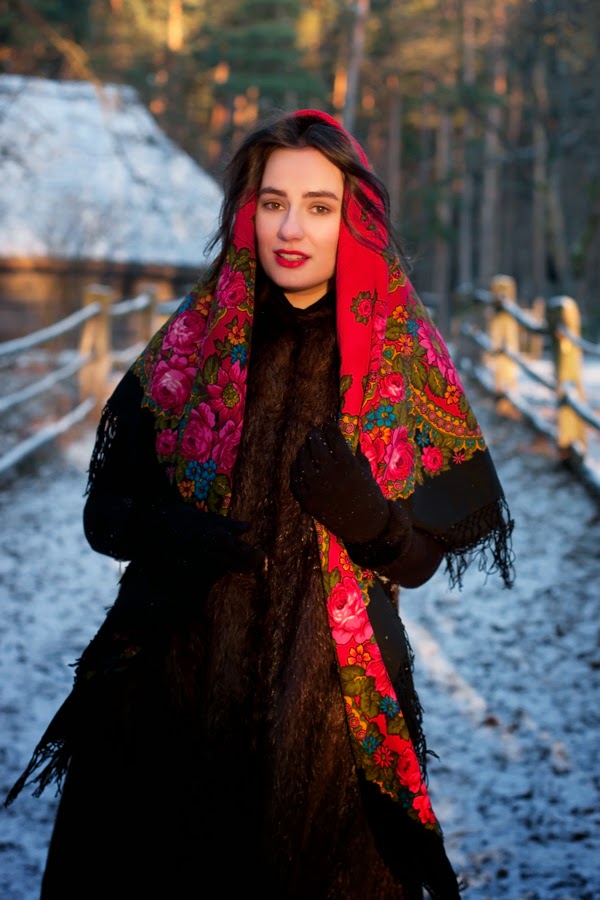 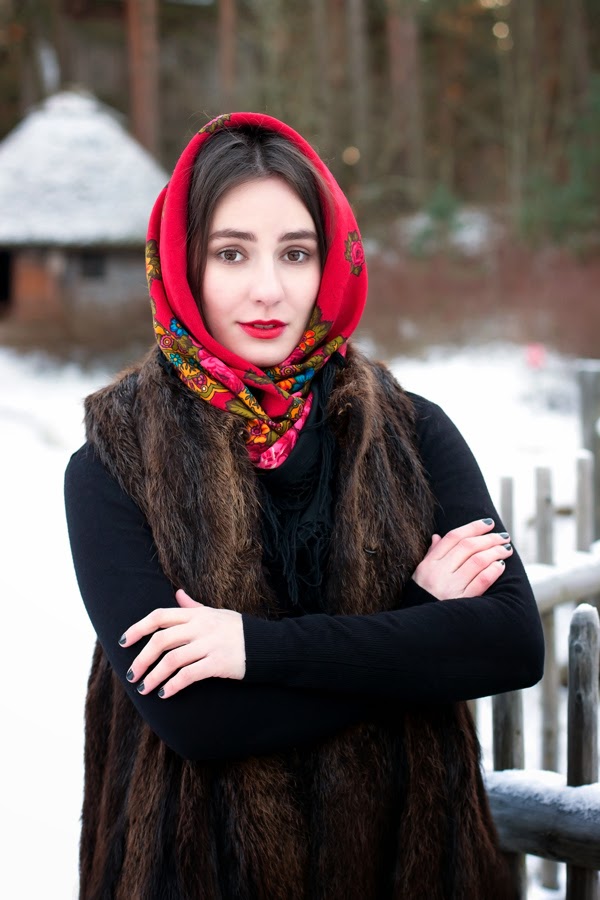 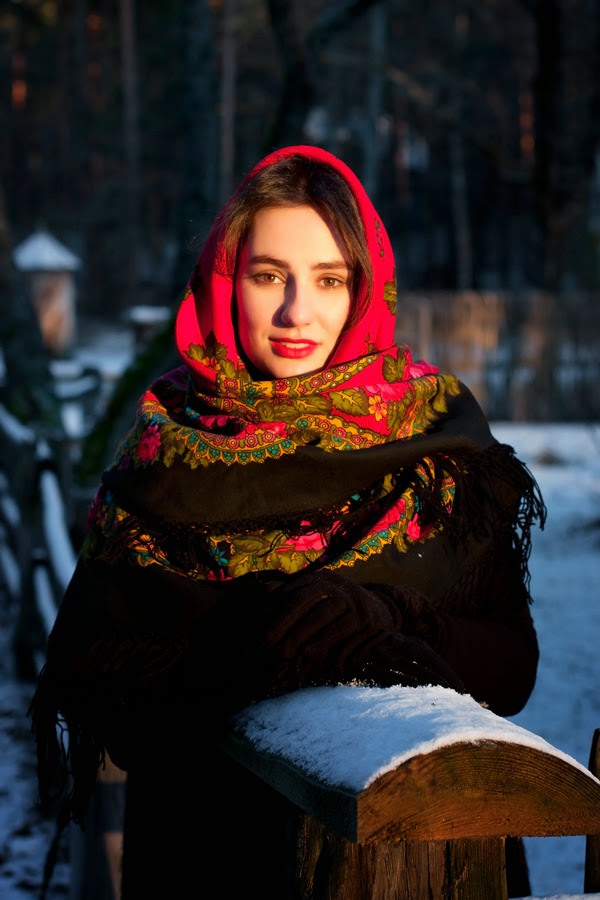 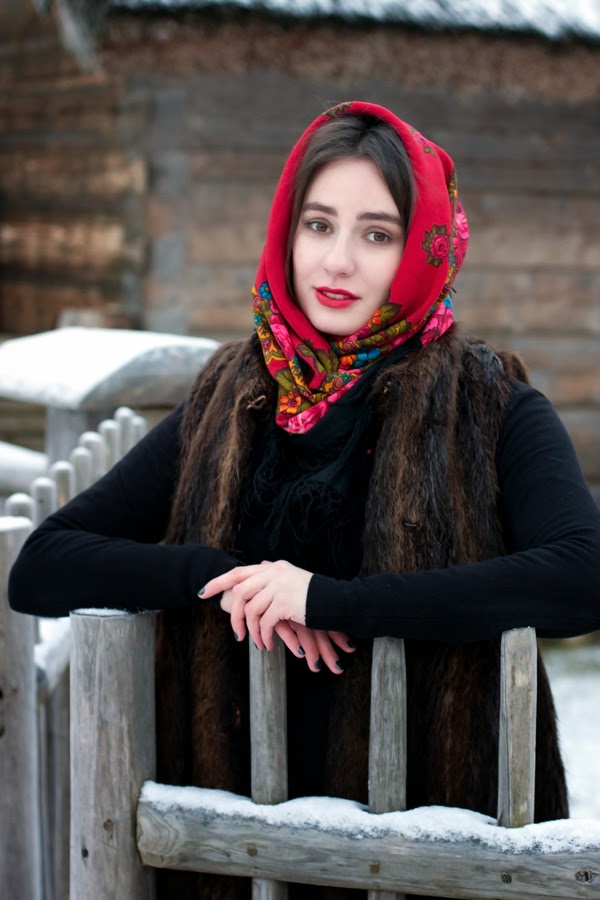 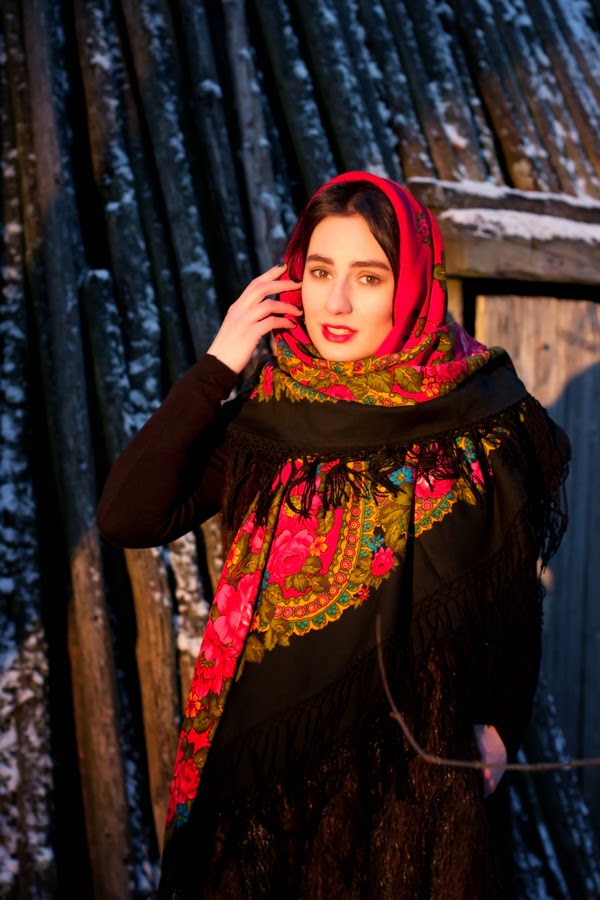 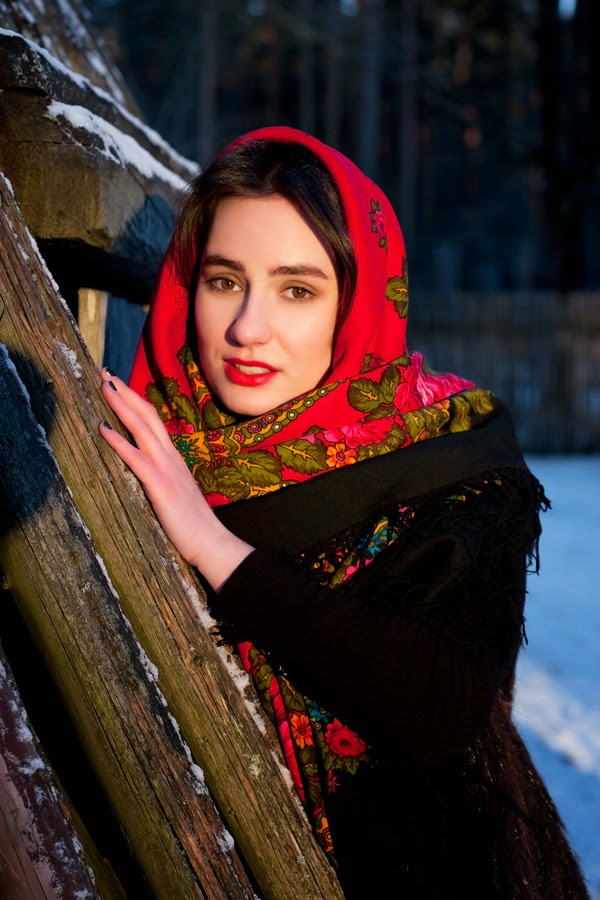 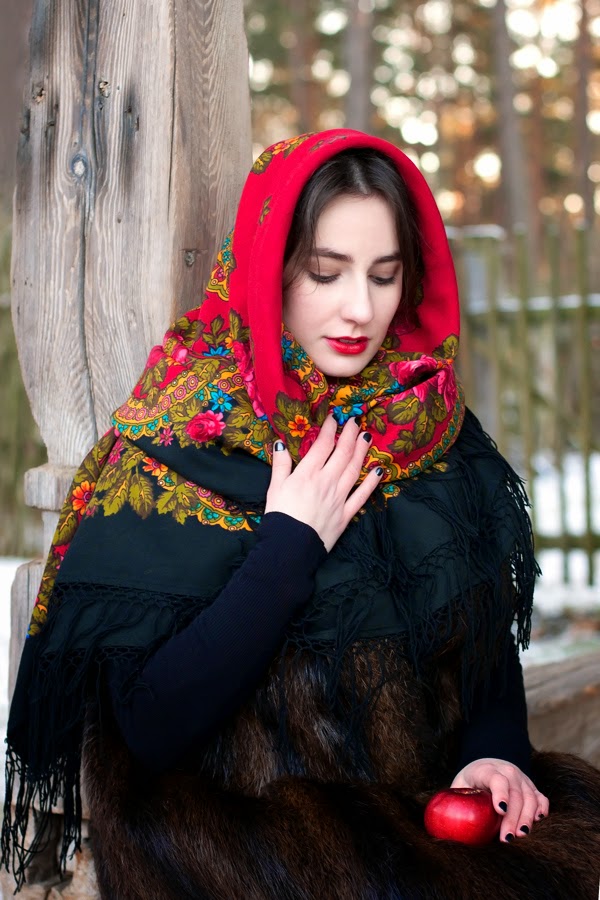 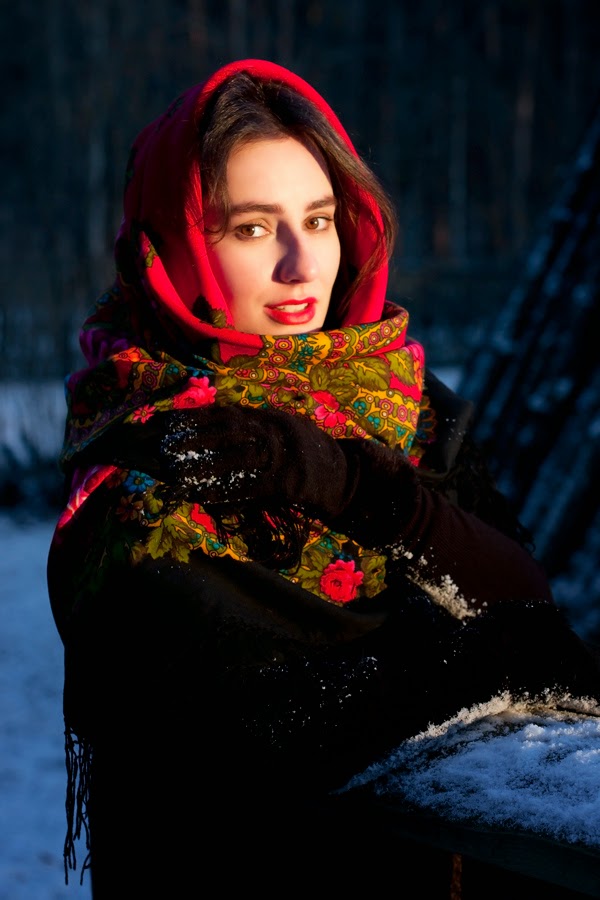