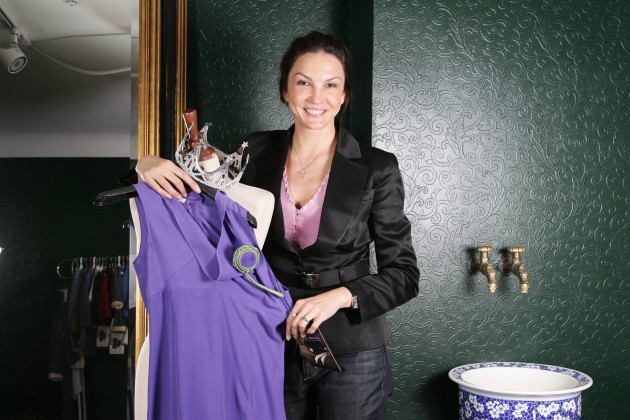 Back in September I had an opportunity to visit Natalija Jansone Studija, the fashion lab of the Latvian fashion designer. Getting inside the brand was a point of my summer project, but, to miss all the details, everyone forgot about it.
So, as not to put the material and my impression in the enormous box of good, but untold stories of my blog here it is…
Natalija Jansone is the-best-known designer in Latvia. I guess, not that many people know that prior to becoming a fashion designer Natalija was a student at St. Petersburg University, studying Eastern Philosophy, because she was so interested in Asian, and, especially Korean culture. She even went to master her knowledge in Seoul and was an advisor at the consulship of the Republic of Korea… Life is a funny and interesting thing… Natalija then found herself creating advertising collections for different brands, doing styling for popular public places as bars, restaurants, hotels and even being a designer at Latvian National Opera! At the same time she had an idea of her own fashion house… Just creating clothes for individuals that always know what they want. One of the reasons the brand stands out – there are no age limitations, a girl of 20 years can wear a dress from Natalija Jansone, just like a woman of, lets say, 45 years. Another point about NJ collections, every new collection is represented by a certain image on the label ( just as you can see 3 different labels).
Today Natalija Jansone is not just a fashion designer that is know outside Latvia, in such cities as Moscow and Tokyo, and the one that takes her collections to show rooms during Paris Fashion Week. She designes uniforms for different companies. To take one, Air Baltic – Latvian airline. To make staff’s uniforms stand out of the crowd (other airline companies), she added to white- dark blue colors a little bit of green.
There is a saying in Riga among journalists/actors/singers (that I, personally, heared several times): “If you don’t know what to wear for the upcoming public event, go to Natalija Jansone.” Doesn’t that prove that she is the best designer in Latvia?
That is it, a one Latvian story… Yet, there are more to come. Because Latvia has its own talents… 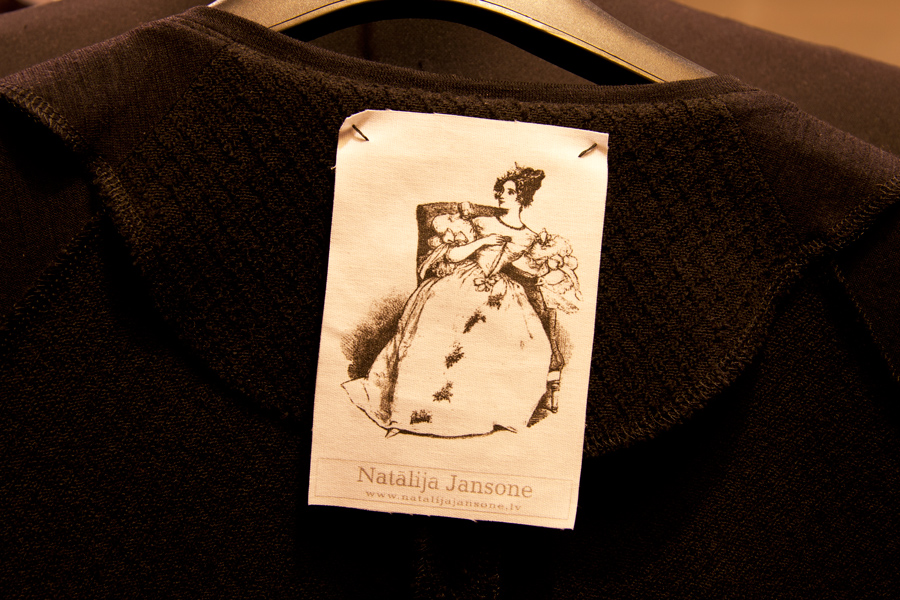 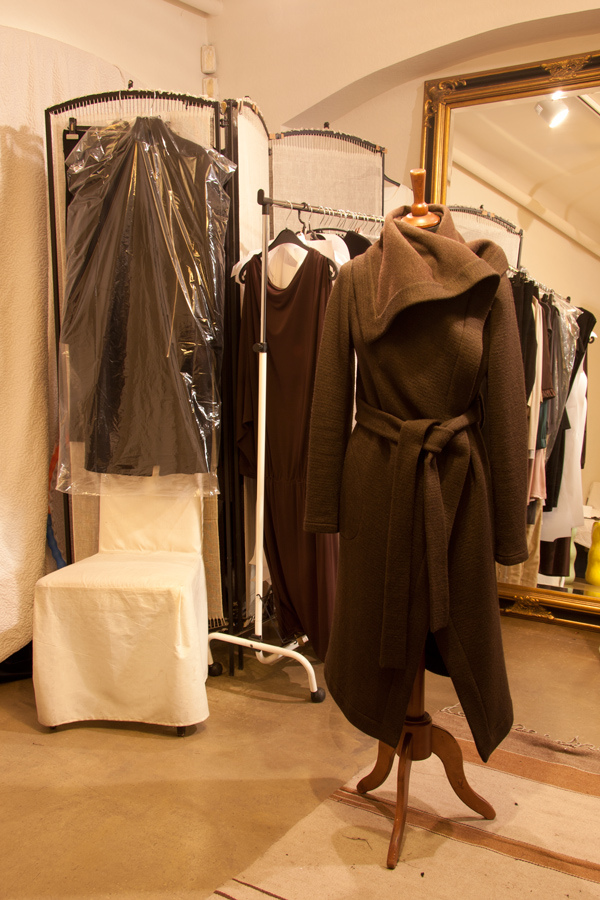 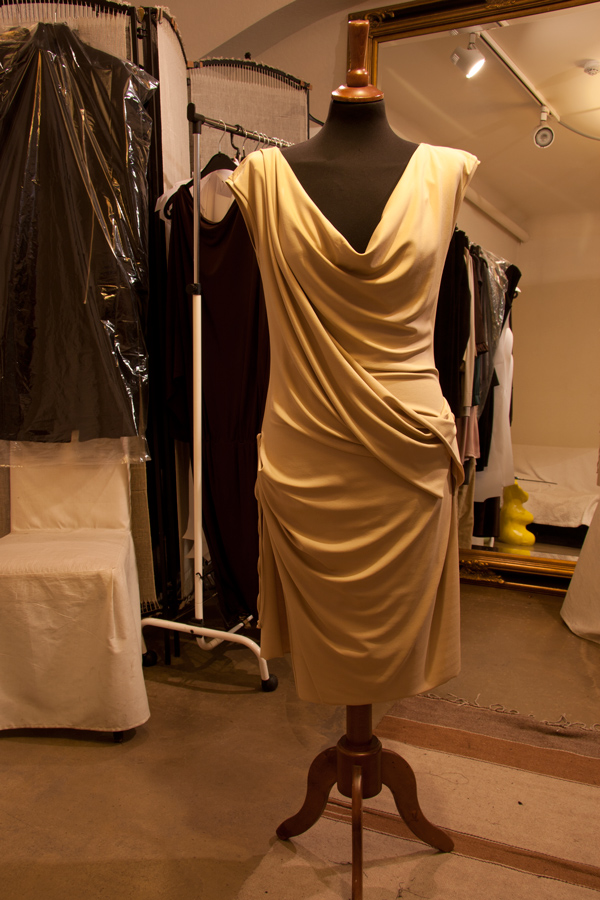 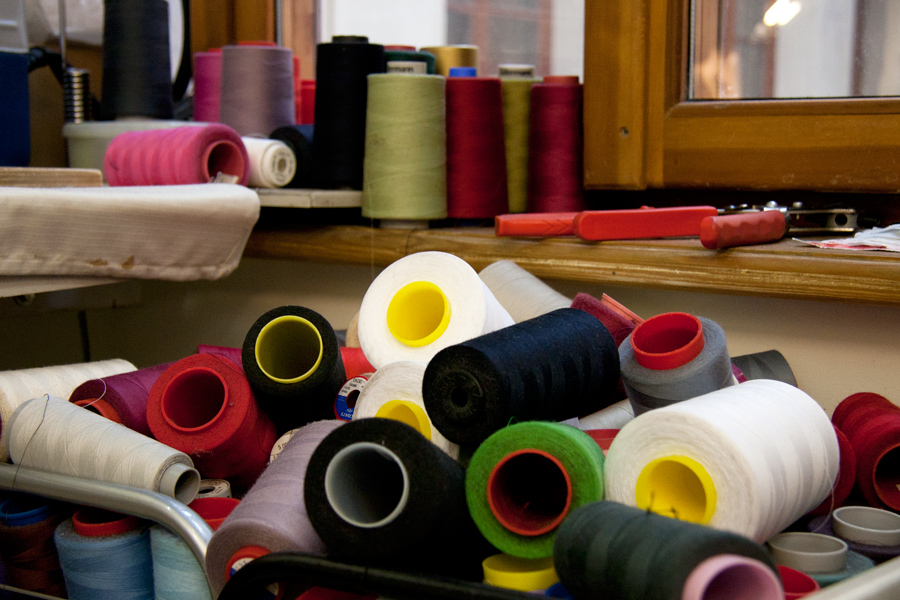 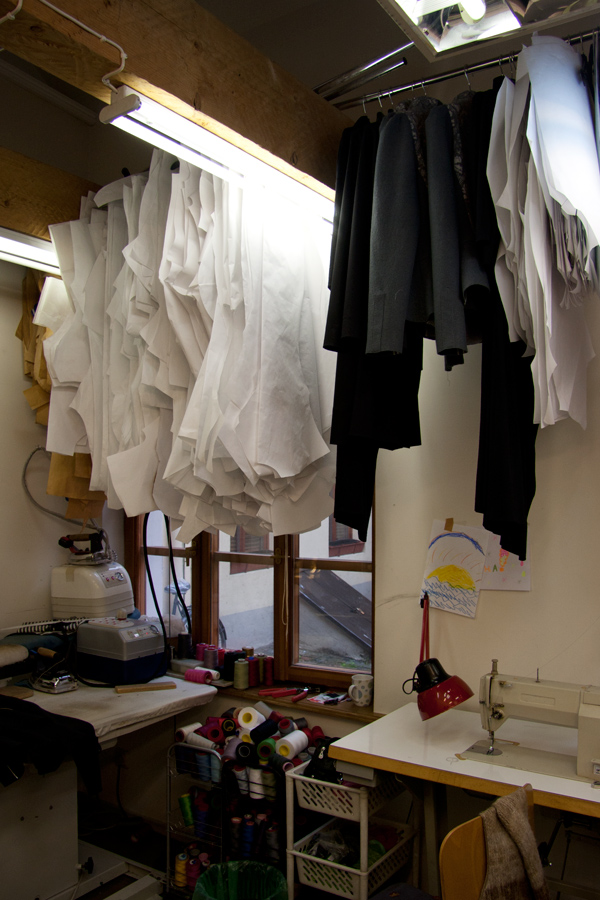 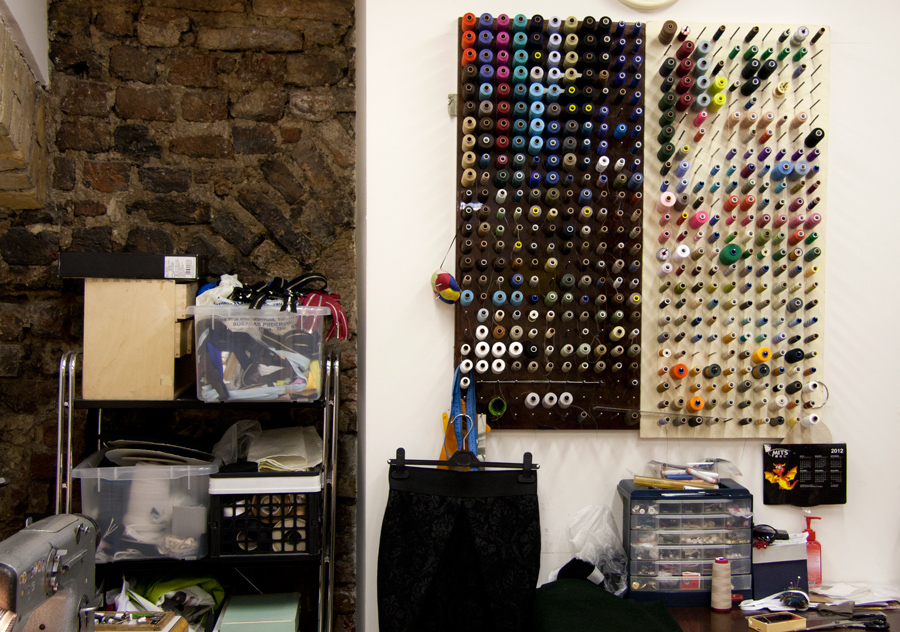 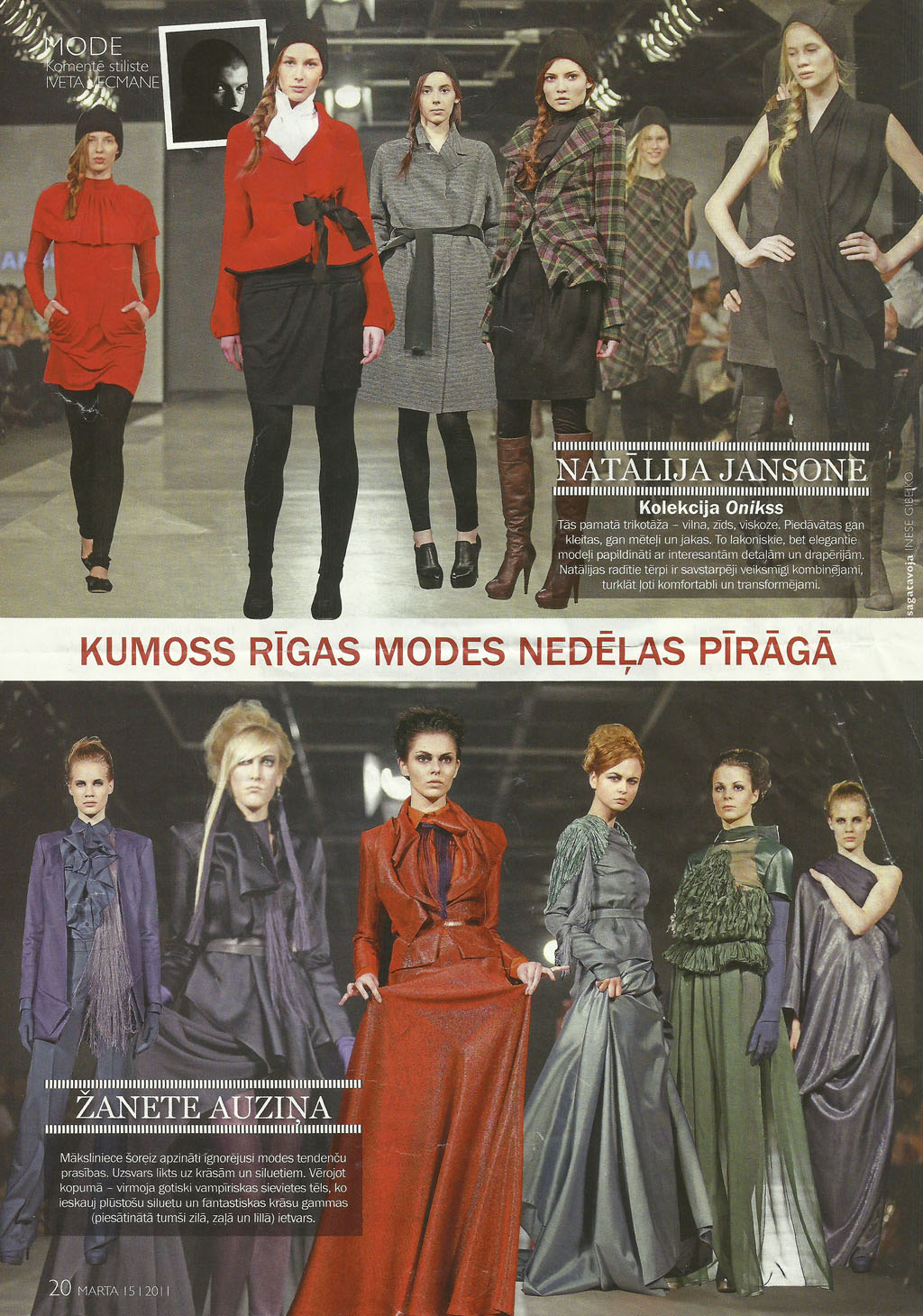 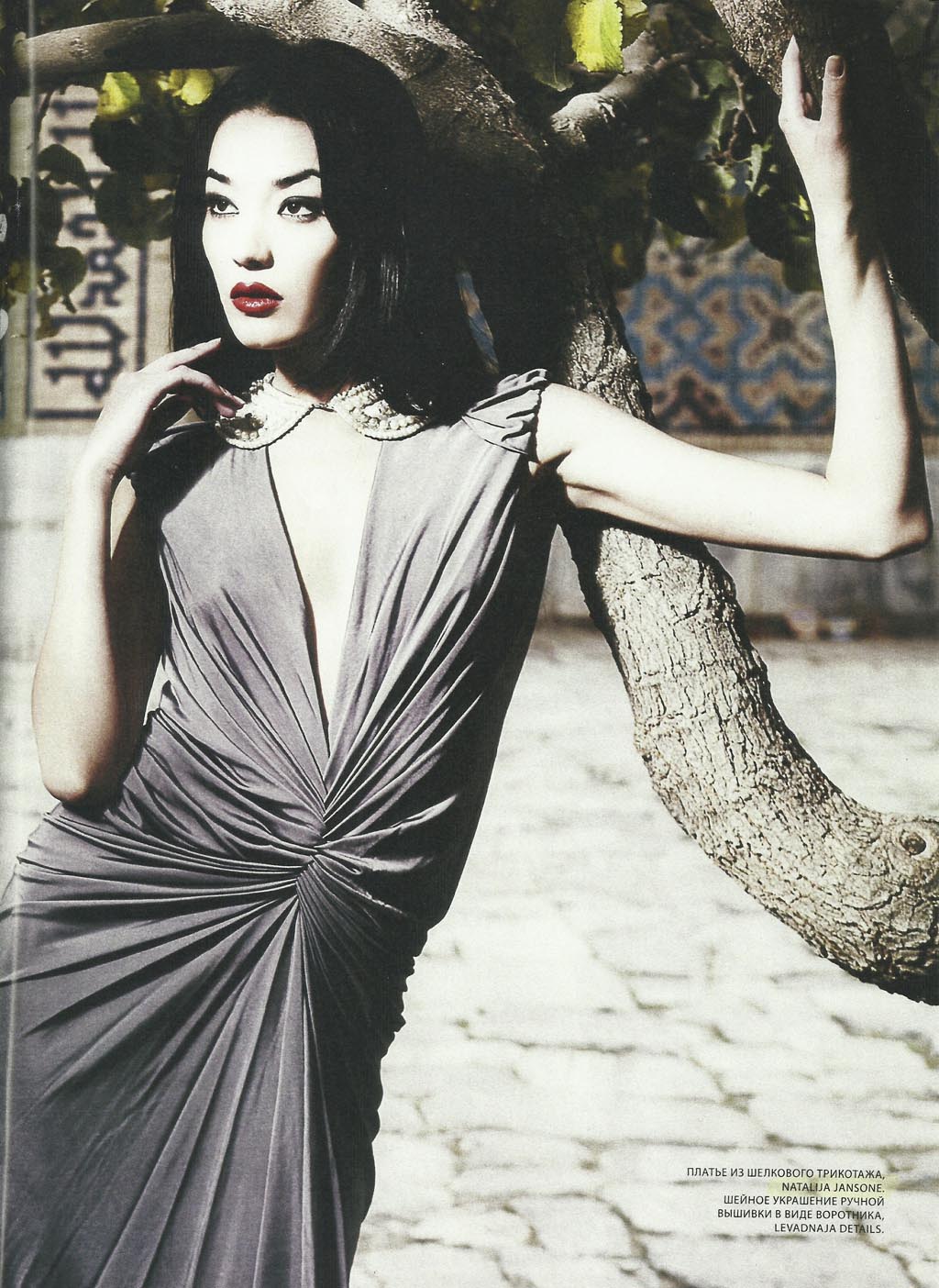 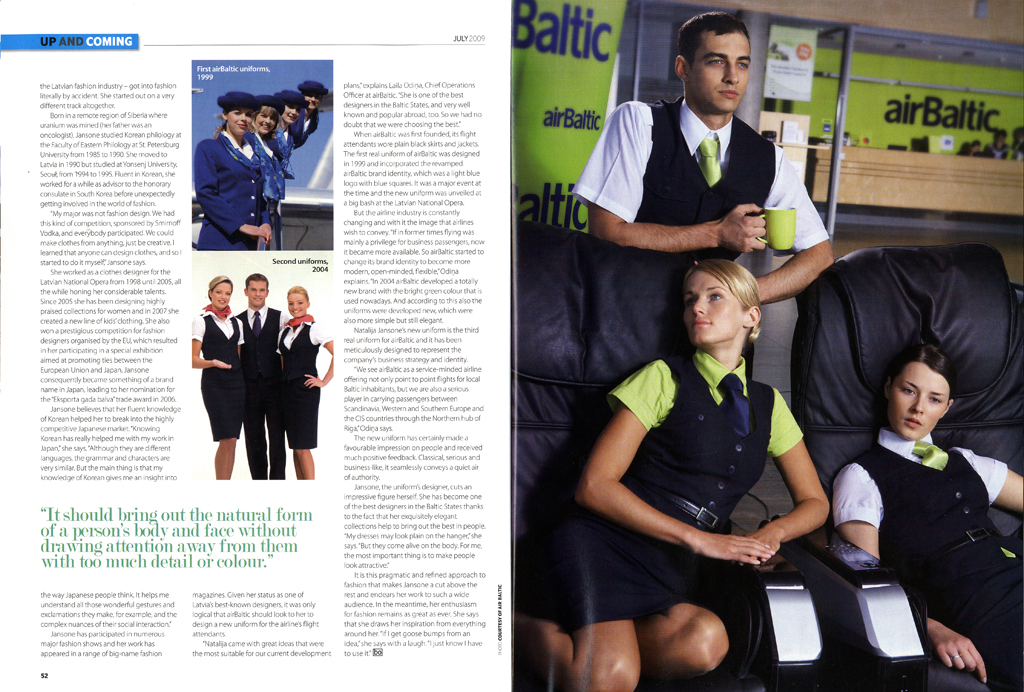 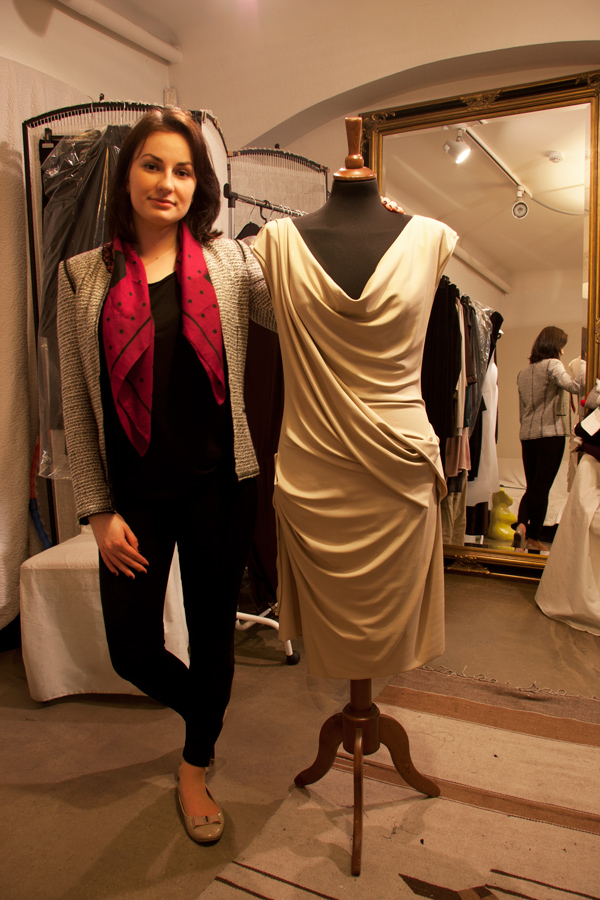 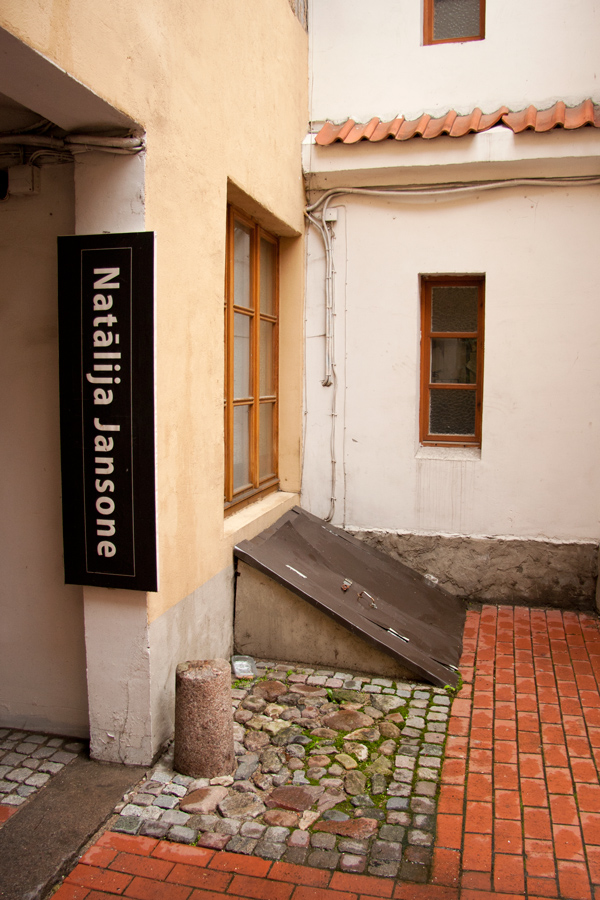 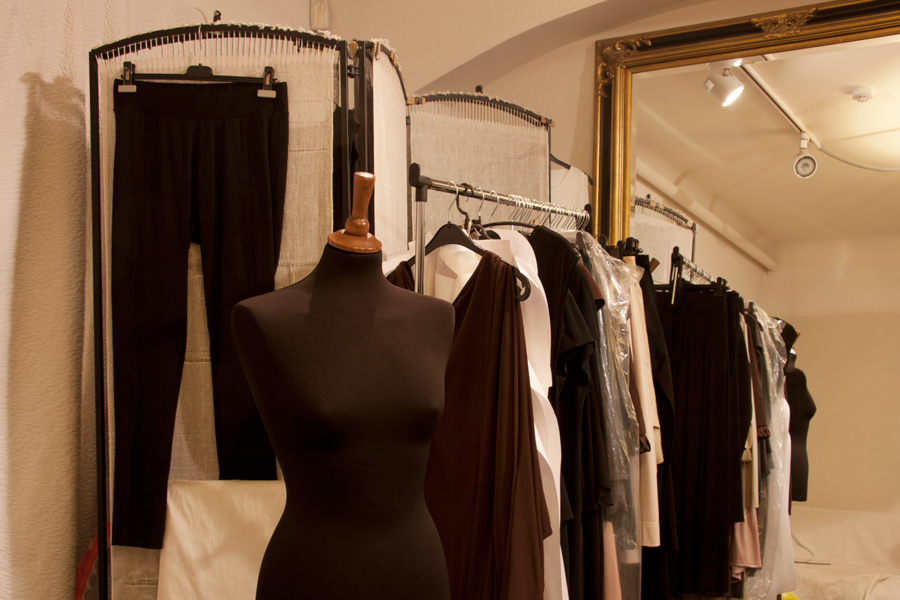 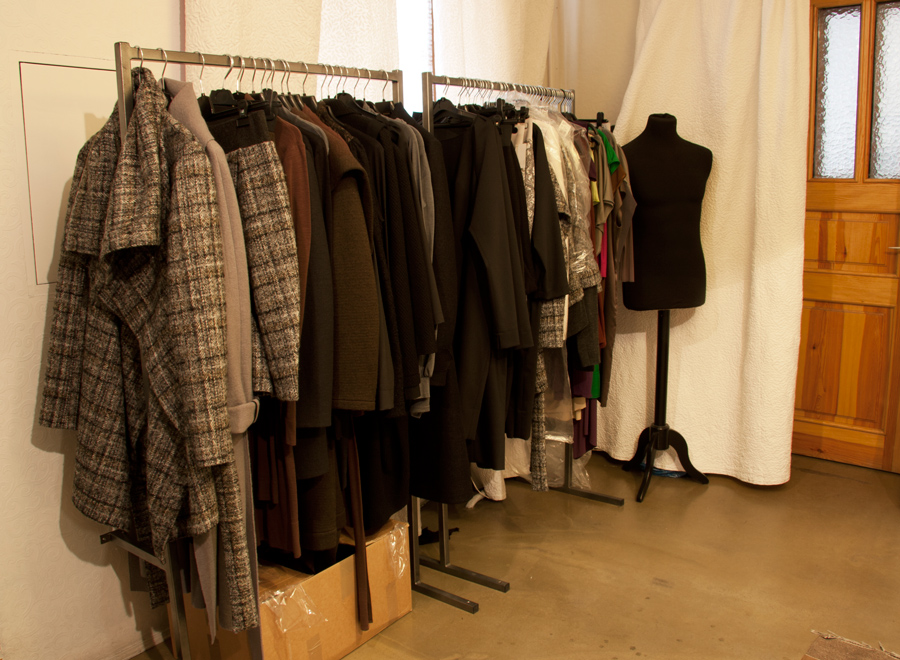 P.S. One of the questions I asked for my project was – How the brand stands out from the competition? And the answer just amazed me and proved that Natalija Jansone is the biggest people-lover – I cherish my own love towards people!
Photos: T. Egorova & internet
Natalija Jansone official website